‘Castle Rock’ presents a new and powerful trailer: there is already a release date for the highly anticipated anthology of terror 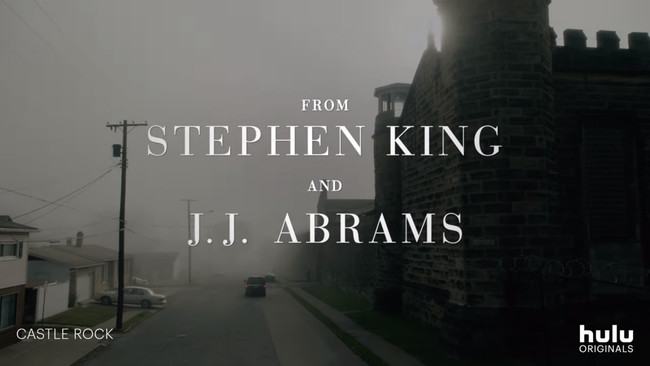 The names of Stephen King and J. J. Abrams are more than enough to take an interest in ‘Castle Rock’ but they are not the only resources of this highly anticipated anthology of terror. the Hulu (am I the only one that thinks in Hooli?) is celebrating its 20 million subscribers on u.s. soil and, in addition to renewing the acclaimed ‘The Handmaid’s Tale’ presented a new trailer ‘Castle Rock’ which already reveals its release date.

June 25 is the day chosen for the beginning of this series of horror and fantasy set in Castle Rock, a fictional town created by King where you have passed several of his macabre stories. The series consists of ten episodes and tells original stories although with references to the universe of the popular writer.

as Derry, the village of ‘It’, it seems that Castle Rock also has some curse (or more than one) that affects so violent to their inhabitants. the Andre Holland, Melanie Lynskey, Sissy Spacek, Scott Glenn, Terry O Quinn, Jane Levy and Bill Skarsgard (the very Pennywise from ‘IT’) lead to the interesting cast of the series.

The showrunners are Sam Shaw & Dustin Thomason, which already collaborated in the creation of ‘Manhattan’while J. J. Abrams is listed as executive producer.

In Espinof | ¡long Live the King! All the movies and series by Stephen King, sorted from worst to best

'The Handmaid's Tale' will have third season: the story of the maid confirms your success beyond the novel

–
The news ‘Castle Rock’ presents a new and powerful trailer: there is already a release date for the highly anticipated anthology of horror was originally published in Espinof by Juan Luis Caviaro .