Way of Redemption, Pixel Cream, wins the prize and published in PS4.
The winner of the PlayStation II Awards is a MOSA (Multiplayer Online Sport Arena ) that combines arcade gameplay and tennis. It is Way of Redemption, the Barcelona studio Pixel Cream. The award has failed this morning in a ceremony held in the auditorium Rafael del Pino by the magician Jorge Luengo.
The first to intervene was Gema Hassen-Bey, Paralympic medalist in fencing, who he said he became paraplegic following a car accident was very young. He reminded everyone spoke of their limitations and what could not be done, but she decided to break with that mindset, he studied Information Sciences and learned fencing “wanted to be the best in the world, having a sword the hand is something powerful and convincing “he said.
The next challenge
Hassen-Bey is being the first woman to climb Kilimanjaro in a wheelchair. “I said no It was a proper chair, he would die frozen, height was not good with my injury. The obstacles are opportunities, the mountain is very big and very small, but I will get the cooperation of everyone, “he said safely because their motivation to meet the challenge Summit Bey is powerful because it is get money to produce a chair that allows Hassen-Bey reach the top and to be marketed at low cost to go up . mountain other disabled
The fencer ordered two wishes: “I want to be a video game. I have a sword and a chair that looks like a Batmobile and challenging a mountain. “The second wish was” that there will never rindáis and soñéis high and large because the motor that moves is not in the legs, but in the head and heart, “to encourage the development teams of the 12 projects that have come to the end of the PlayStation Awards.

The award for best children’s game was delivered by Jon Cortázar, Relay Games ( 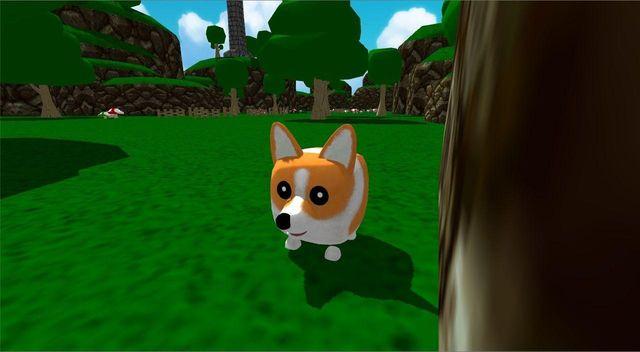 The nominees were Motors Strike: Immortal Legends (FiveXGames), Reskube (Melmak Games), Rollin ‘Bob & The Evil Factory (Factory Moon Studios), and Rise Valhalla: Chicken of Doom (Sleipnir Games). The winner was Reskube , a 3D platform open world in which you rescue animals that have cubic shape and’re collecting every animal has a different skill.
Members study recalled to collect the prize, after thanked all the work they have put into the project “started as project rather cutrillo master, but with enthusiasm and effort we have turned in a game for children can be interesting and hope to see published someday “

The next award, the Game with Best Art, introduced Enric Alvarez, game designer and co-founder of Mercury Steam ( Castlevania: Lord of Shadows ) who recalled how, when creating the study, everyone told them they were crazy, but we must not ignore the advice “go your way, make no prisoners, bring your ideas and convictions . the limit Those that ye may will be in a few years giving a prize to the next generation of developers, “Alvarez urged the finalists

The nominees were Mysh (WhiteMagic ), Stellar (Virtual Badits), Way of Redemption and Motor Strike: Immortal Legends , who won the prize with a combination of racing and shooting with 3D graphics settings inspired movies and known series.
Animatoon director, studio won last year with DogChild , introduced and presented the award for Best Use of PlayStation platforms. Avalos said that in the past year have experienced “those little things that usually happen in the studies, but we have managed to restore and take the project forward with a lot of hope.” The nominees were
Paint Your Way (Eri Studio), Polarity (Incuva), Red-Hot Super Hero (Strangelight Games) and Yokkai Sword (Chlororplast Games). The winner was Super Red-Hot Hero , developed by a study comprising three locals who want to combine the gameplay of classic platformer with action a game in which the protagonist’s heart was replaced by a Red-Hot Energy core is constantly exhausted, so you should look for new sources.

Before continuing the awards were a parenthesis in which Simon Amselem, CEO of Disney for Spain and Portugal, gave an unexpected prize Honorable James Armstrong, who recently retired as senior vice president of Southern Europe and CEO for Spain and Portugal of Sony Computer Entertainment. Amselem Armstrong highlighted the support of the Spanish development. 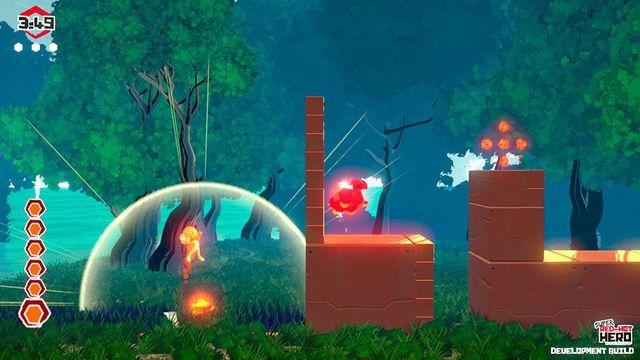 Armstrong thanked the award to Sony but, displaying the indomitable and sincere character all its employees stand, he recalled that “Sony has a duty to do something for this country. In Spain and Portugal where more worth PlayStation brand, a little in Portugal but in Spain within large countries, so has the responsibility to invest in this company for their support. “ also stressed:” the only ones that will help you in Spain are Spanish, so it is important to invest in the development of here “

The award for Most Innovative Game handed Shahid Ahmad, until recently director of strategic content of SCE Europe and responsible for bringing to PlayStation games as No Man Sky , Robinson: The Journey , Hellblade or Hotline Miami . Ahmad will be whittled to 2008, when Spain was published PlayChapas, which sold 200,000 PSP games, and that was the beginning of the opening of Sony to developers. ” I used to be dissatisfied and unhappy, but Roberto [Yeste, responsible for development Spanish Sony] and others told me that it was possible to be happy and unhappy at once, and here are related to innovation, because without that dissatisfaction you lack motivation, and if one is not happy, not push. But if you’re happy and you can continue tightening dissatisfied for great things, “he harangued Ahmad developers present.
The nominees were Battle for Mena (Twocats), Polarity <, Way of Redemption and Rollin’BOB & The Evil Factory , a project by students of U-tad. “We’ve won a prize, but we must not forget the struggle that we have lived to get here” says Mundi, who was also very pleased to have won in the category of Innovation “because innovation always is awarded in technology. We would like taking this as a standard feature of our study, “ Daniel said Mundi, game designer at Moon Studios.

Award for Best Play for Press: Paint Your Way

the best game for the press, with a jury of journalists in which Vandal has been involved, he was presented by Sonia Herranz -Director PlayMania- magazine and Manuel del Campo, CEO of Axel Springer. Herranz said currently Spain is living a Golden Age developing a similar game to that experienced in the 80s, “but with better prospects” and requested support for Spanish developments “since Clearly, plenty of talent in this country seeing the finalists last year and this. “ 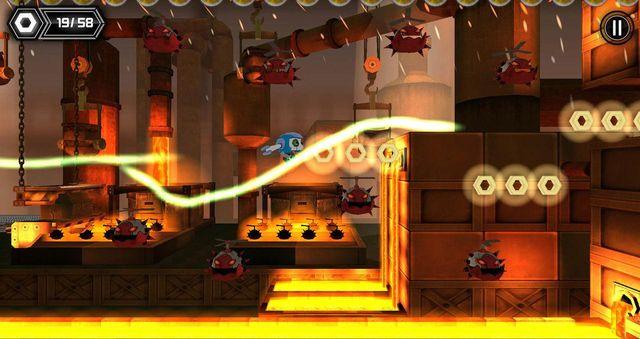 The nominees were Mysh , Paint Your Way , Polarity and Rollin’BOB & The Evil Factory . The winner was Paint Your Way with the six members of Eri Studio want to regain the soul of the game 90 with a mechanical and design. The game world is a giant canvas painting player will with a mix of puzzle, platforms and exploration, and each color gives special abilities to object.

Award for Best Game of the Year: Way of Redemption

Jorge Huguet, senior marketing manager at Sony Computer Entertainment of Spain and Roberto Yeste presented the award for Best Game of 2015. The nominees were Motor Strike: Immortal Legends, Rollin’BOB & The Evil Factory, Red-Hot Super Hero and Way of Redemption . The study director, David Garcia, thanked the team for the nine months of work “in which we suffered a lot, we had a thousand fights have gone a thousand events.” 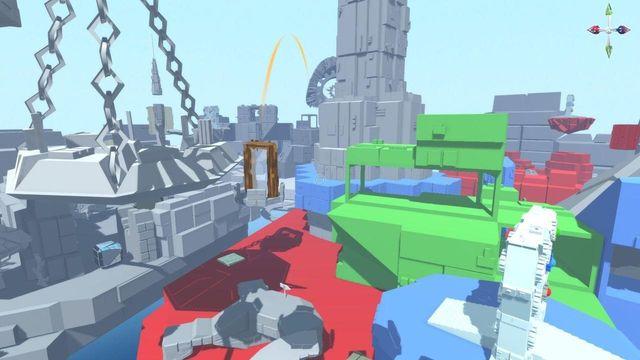 “This award is a reward, which is what we are now, of all the work done during these nine months and the opportunity to launch on platforms such as PlayStation and motivation and enthusiasm to develop the game with the same desire that the principle “ Vandal said Garcia.
Pixel Cream began in 2012 being a Catalan study, but six people who comprise two now reside in Barcelona, ​​two in the Canaries, one in Cordoba and another is a newly moved to Barcelona Spaniard. Last week two interns joined to support the development of content.
Now have to rethink development given the award because they did not trust win.

The PlayStation II Award for best game of the year is awarded 10,000 ?? cash for financing the project, a physical office space Matadero Madrid for 10 months, several development kits for PlayStation 4 and publication of the game on the PlayStation Network, plus to have the backing of Sony advertising with a marketing campaign in own company valued at 200,000 ?? 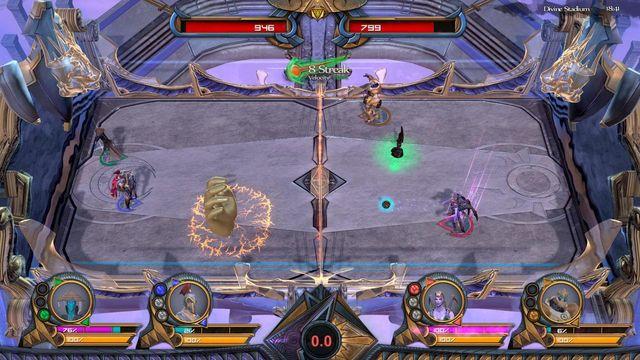 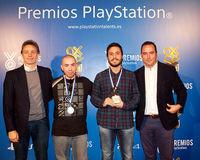 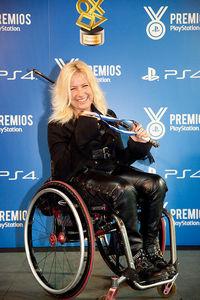