In the levels of the three games.

last week we promised a surprise connected with Crash Bandicoot N. Sane Trilogy, but the conference, Sony spent yesterday offering at their previous a new trailer of the game, the release, without noting that novelty is apparent. Have had to spend a few hours to know what it was about this mystery.

Coco Bandicoot will be controlled

Sony, Activision and developers Vicarious Vision have confirmed that Crash Bandicoot will not be the only character controllable in Crash Bandicoot N. Sane Trilogy; also we will be able to play at all levels by controlling a Coco Bandicoot, sister of the marsupial which stars in the video game. 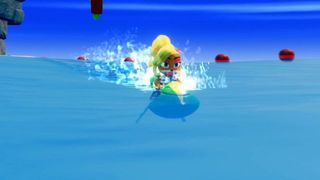 In the original games, the presence of Coco Bandicoot was limited to special levels, but now with the remastering we will be able to control it in all of the challenges that we will go over each of the three games. Coco-you have similar movements to the ones seen in his brother, who remains the main protagonist.

Crash Bandicoot N. Sane Trilogy launches on the 30th day of June in the PS4.