Dishonored 2 shows us the creation of Karnaca, the city of the game

It launches on the 11th of November.

Arkane Studios has released a new video of Dishonored 2 focused on Karnaca, the city that we will explore in this sequel. 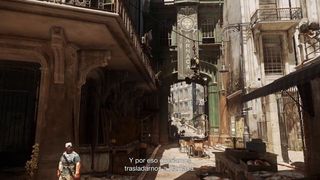 Dishonored 2 value 15 years after the first delivery, and we offer you to choose between Emily and Corvo as playable characters, presenting both skills and styles of play are very different, focusing more towards stealth and the other towards the combat.

a few days featured a video stealth through the mansion that we already saw previously to rescue Anton Sokolov.

you will Arrive on the 11th of November to PC, PlayStation 4 and Xbox One.

Dishonored 2 shows us the creation of Karnaca, the city of the game
Source: english
October 5, 2016