Before advancing in the exposition of some exercises that can serve as example to the form in which the Fraction generatriz of a rational number must be found, according to the characteristics with which it counts on its decimal expression, perhaps the best thing is to revise some definitions, that will help to understand this mathematical procedure within its precise context.

Examples of how to find the generative fraction of a rational number
Before advancing in the exposition of some exercises that can serve as example to the form in which the Fraction gen... 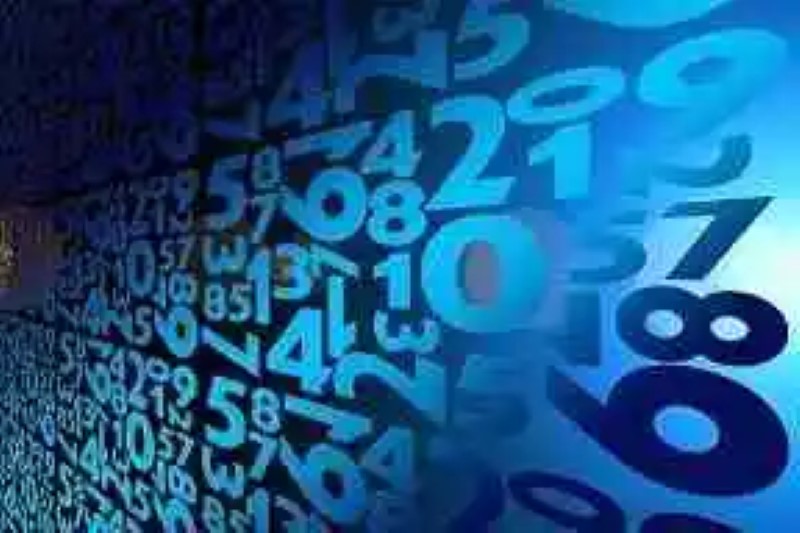 In this sense, perhaps the best thing is to delimit this theoretical revision to two specific notions: the first of them, the definition of rational number itself, since this will allow taking into account the nature of the number directly involved in this operation. In the second instance, it will also be useful to throw light on the concept of Generator Fraction, since it is the expression that is sought to be found by means of this procedure. Next, each one of these definitions:

In this way, we can begin by saying that Mathematics has generally defined the Rational Number as the written expression of a non-integer quantity, or fractional, hence its rational name, that is,it represents a ration of an integer. Likewise,the mathematical discipline has pointed out that rational Numbers can be expressed in two different ways:

In rational numbers their decimal expressions can only be either limited decimals or unlimited decimals, but periodic, either pure or mixed. Otherwise, that is, if the number is an unlimited decimal, it will be an irrational Number, which can never be represented by a fraction.

Secondly, the Generatrix Fraction is taken as the fraction composed of integers that is equivalent to or originates the decimal expression of a rational number, since irrational numbers do not have the possibility of being expressed through a fraction, that is, they do not have a generatrix fraction.

Therefore, the mathematical discipline has pointed out that in each of these cases, one must act in the following way:

If it’s a limited decimal

If the decimal count number has a limited number of decimals, because it is the product of an exact division between numerator and denominator, it will be enough at the moment of finding its generating Fraction, to place in the numerator of that number the decimal number, complete, without the comma, while in the Denominator the unit will be annotated, followed by as many zeros as elements have had the incomplete units of the decimal number.

If it is a pure periodic unlimited decimal

On the other hand, if the decimal number counts in its incomplete units with a series of numbers, located immediately after the comma, and which are repeated until infinity, then we will proceed placing in the Numerator of the Generator Fraction the complete number (its whole part and its decimal part) without the comma. This amount will be subtracted from the value of the whole part. In the Denominator there will be a number composed of as many nine as there are numbers in the series that is repeated in the incomplete units of the decimal number.

If it is an unlimited decimal periodical mixed

Finally, if it is a number that in its incomplete units has a series of numbers that are also repeated to infinity, but on the contrary do not begin to be repeated immediately, the comma has been annotated, but between it and the series there is an anteperiod, that is, if it is an unlimited periodic mixed decimal, then at the time of annotation of its generatrix Fraction it will be necessary to annotate in the numerator the complete number, without comma.

However, the most efficient way to conclude an explanation about the correct way in which the Fraction generating a rational number must be found may be through the exposition of a series of examples that allow us to see in a practical way how each procedure should be applied,according to the characteristic of the different decimal numbers. Next, the following exercises:

Find the Generator Fraction of the following number: 0.45

At the moment of beginning to resolve the operation proposed by the statement, the decimal number should then be revised in order to determinethe characteristics of its incomplete units. In this case, they are made up of only two numbers, which means that it is a limited decimal number. Therefore, at the time of finding the generatrix fraction, the number will be taken, only its part other than zero will be placed in the numerator, while the denominator will be formed by the unit, followed by two zeros: one for each element that had this number in its decimal part:

Find the generative fraction of the decimal number given below: 234,987

In this case, too, when determining whether the number actually has a Generatrix Fraction, as well as the form in which it should be found, we will begin by reviewing the incomplete units. Consequently, three elements can be found in the number, which neither repeat nor extend to infinity, that is, the number is a limited Decimal. Therefore, in the Numerator the whole number, without the comma, should be noted, and in the Denominator, the unit followed by three zeros, one for each element of the incomplete units:

Find the generatrix Fraction of the following number: 2,33333…

For its part, the decimal number that has been offered in this example has incomplete units that are composed of a single number, located immediately after the comma, and is repeated to infinity.

Ergo is an unlimited pure newspaper decimal. In order to find its generatrix Fraction, the first step is to note in the Numerator the complete number, i.e. the whole part and the only number that constitutes the period, i.e., the 3.

This number must be subtracted from the integer that can be seen in the Decimal Number:

In the Denominator, a 9 will be noted, representing the only number that makes up the period that is repeated, in this case. The Generatrix Fraction is then considered to be found: 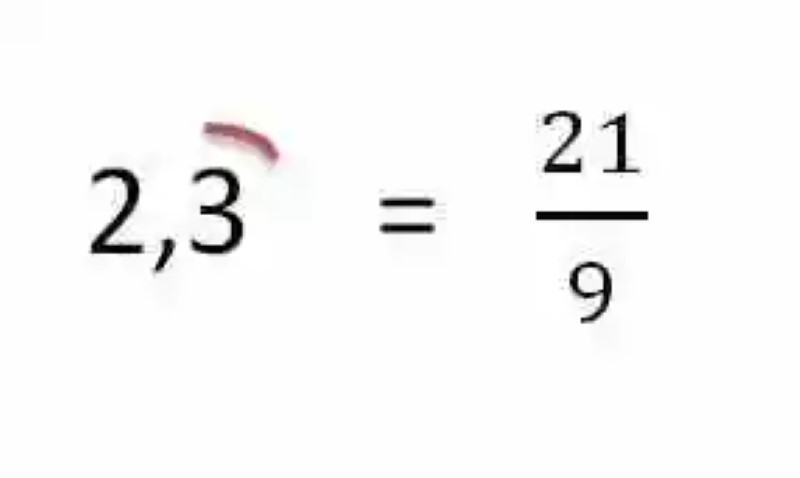 In this case it is also possible to speak of a pure periodic unlimited decimal, since the series of numbers that are repeated infinitely, in the incomplete units, are located immediately the comma has been annotated. However, in this case the series does not consist of one number but of three. Consequently, one must begin by expressing the number in summary form:

Once this has been done, the constitution of the Generatrix Fraction will begin. For this, the complete number will be noted in the Numerator, without commas, and the whole part will be subtracted. As in this number the whole part is equal to zero, then this step is not necessary, only the number that constitutes the decimal part is placed, and in its Denominator as many nine elements as there are the period of the number, that is, 3:

In this case, the decimal number proposed by the exercise is an unlimited periodic mixed decimal number, because between the series that is repeated in the units and the comma there is an anteperiod that is not repeated. Therefore, the way to find the generating fraction of this number will consist in first summarizing the number, in order to be able to see clearly its three elements: whole part, anteperiod and period:

Once this is done, the whole number is placed in the numerator from its whole part to its period, without the comma. This quantity is subtracted by a number composed of the integer and the anteperiod. In the denominator are placed as many nine elements as the anteperiod has, followed by as many zeros as the period has:

Operations with mixed fractions
It is likely that the best way to address an explanation of each of the ba...
Sonnets Summary
In the field of Universal Literature, a collection of poems, published in ...
Examples of how to solve the power of a fraction product
Perhaps the most convenient thing to do, before approaching each of the ca...
What is it and how to prepare a round table
The round table is one of the most used oral communication techniques toda...
Bibliography ►
Phoneia.com (October 31, 2019). Examples of how to find the generative fraction of a rational number. Recovered from https://phoneia.com/en/education/examples-of-how-to-find-the-generative-fraction-of-a-rational-number/