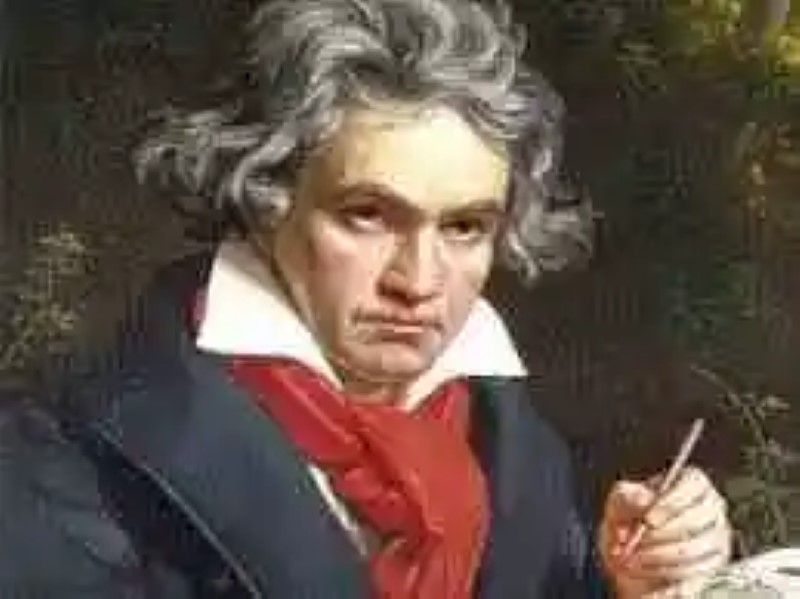 He is regarded as one of humanity’s most virtuoso musicians and composers, while his work has been studied and performed by hundreds of musicians in all latitudes, which is why he is also listed as one of the most influential musicians in the History.

The exact date of his birth is unknown, although records indicate that he was baptized in the city of Bonn on 17 December 1770, which causes historians to point to his birth date as 16 December, in line with a custom of the time, to baptize children for the first 24 hours of life. He was the third son of Mary Magdalene and Johann van Beethoven.

His father was a court singer, although his problems with alcohol had truncated his career. Around the age of four, Johann decided to teach music to his son Loudwing, determined to make him the next Mozart. However, according to some historians, his teaching methods were more akin to methods of torture.

Without sufficient height to reach the keys of the clavuler, he was placed standing on a bench, being hit hard by any mistakes. He was also locked up, whipped and forced to practice for hours. He learned to play violin and clavier.  On 26 March 1778, at the age of seven, he performed his first concert before Empress Maria Theresa.

His school education was developed at the Americas Elementary School, where he presented learning difficulties, which is why some researchers have come to point out the possibility that Beethoven had some mild type of dyslexia.

From 1781, he devoted himself entirely to his musical training, starting as a pupil of Christian Gottlob Neefe, who introduced him to bach’s music and with whom Beethoven would begin to show his great musical talent. From that time his first composition dates, a series of variations for piano, based on a work by Dressler.

In 1784, Beethoven was forced to apply for work before the Organist Court, as his father’s alcoholism did not allow him to support the family. Despite his young age, he was accepted.

In order for him to continue his musical training, in 1787 Beethoven was sent by the Court to Vienna, where Mozart resided, although there is no evidence to prove any encounter these two great musical masters. In addition, his stay in Vienna was short, his mother became ill, and Beethoven quickly returned to Bonn, continuing his glittering career at the Court.

The years in Vienna

Faced with the advancement of the French revolutionary forces over his city, Beethoven went again to Vienna, in 1792, where he studied with Joseph Haydn, who had come to take the post of the best musical composer, after Mozart’s death, which occurred a year Before.

In Vienna, Beethoven had the opportunity to train musically with the most renowned masters of the time. He studied vocal composition with Antonio Salieri, Harmony with Johann Albrechtsberger and Piano with Haydn, quickly gaining a reputation as a magnificent pianist, with great skills for improvisation.

By 1794, Beethoven had become a musician quoted by the Viennese Aristocracy. On 29 March 1795, he made his triumphant debut to the public in Vienna, although it is still a historical debate that he did it. Some time later he published his “Opus 1”, which resulted in a great musical and economic success. From that moment on, he devoted himself to musical composition, demonstrating a unique genius.

According to the orists, his work can be divided into three major stages. The first covers the compositions made until the year 1800, considered classical and strongly influenced by Mozart and Haydn.

This would be followed by a second period, which occurred between 1801 and 1814, characterized by maturity, where it demonstrates a musical mastery, evidenced in Fidelio (his only opera) as well as in his first eight symphonies, three piano concertos and his well-known concerto for Violin.

Finally, the Academy considers a third stage, from 1815 until his death, where his masterpieces reside, elaborated with a unique and innovative harmonic language. From this period are his Ninth Symphony (considered his masterpiece) as well as his Missa Solemnis, his piano sonatas and his string quartets, pieces where Beethoven is ahead of his time, imbuing his music with romantic traits, turning his work at the transition point of two epochs.

However, his professional success, Beethoven was living in private a great tragedy, caused by severe hearing loss. His character hardened, and the last years of his life he spent alone, trying to hide his condition from society, for which he even developed a method of lip reading, which allowed him to disguise during the few occasions where he socialized.

Surprisingly, his masterpieces, corresponding to the last stage of his life, were conceived when Beethoven had completely lost his hearing, which for some makes his work even more valuable, positioning it almost beyond human limits.

She did not marry or have children, although certain personal documents reveal her love for Antonie Brentano, a married woman, who probably did not learn of her feelings. Loudwig van Beethoven died in Vienna, Austria on 26 March 1827, apparently a victim of hepatic cirrhosis, leaving as a legacy a work, considered one of the most beautiful musical creations in history.