Multiples of a number

Perhaps the most prudent thing to do, before advancing in an explanation about the Multiple of a number, is to revise briefly some definitions, which will allow us to understand this mathematical category, within its precise context. 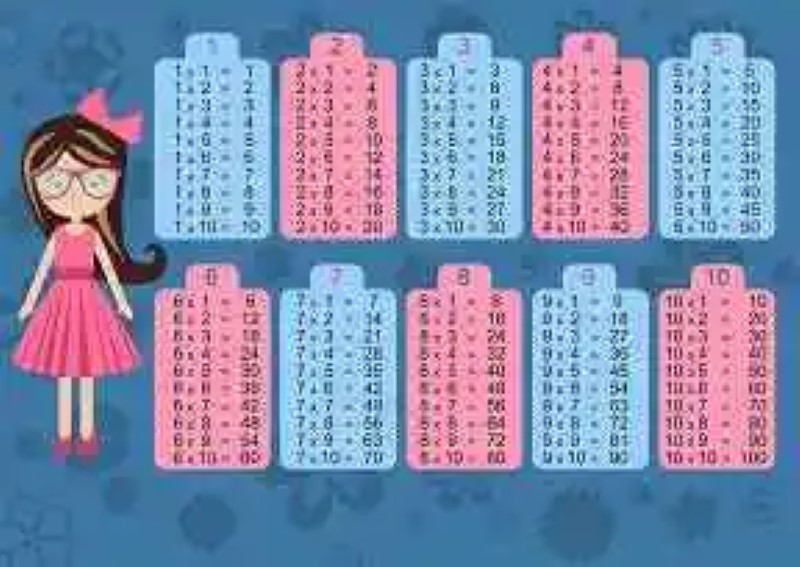 In this sense, it may also be necessary to focus this theoretical revision on three specific notions: the first of them will be the definition of Integers, since these will be the numbers on the basis of which the different multiples will be determined or obtained.

Likewise, it will also be necessary to take a moment to bring to chapter the concepts of multiplication and division, because the operations directly related in the procedures destined to verify if a number is a multiple of another, or on the contrary to obtain which are the multiples of a specific integer. Next, each of these definitions:

In this way, we will begin by saying that Mathematics has defined Whole Numbers as those numerical elements, through which it is possible to give written expression to exact quantities, or the absence of them. Likewise, this discipline has pointed out that integers will be considered as constituents of the Numeric Set Z, while at the same time they are assumed to be composed of three different types of elements, which have been explained in the following way:

Secondly, the concept of Multiplication must also be taken into account, a mathematical operation that can be defined as the procedure by means of which a specific number is added by itself as many times as a second number involved indicates, hence some theorists have opined that Multiplication can also be seen as an abbreviated sum.

Since it is a Multiplication between integers, many times the factors can count with different signs, or even be both of negative sign. In this type of operations, the multiplication must be resolved as if it were a procedure between natural numbers, and then place the product obtained the corresponding sign, which is determined on its part according to the Law of Signs.

Finally, it will also be necessary to bring into chapter the concept of Division, an operation that will be understood, in the light of what the different mathematical texts indicate, as a procedure aimed at finding out how many times a number is contained, which acts as a Divisor, in a number, which fulfills the role of Dividend. This operation is also understood as an inverse multiplication.

At the time of stirring up divisions where there are involved whole numbers of different signs, or of negative signs, it will proceed dividing the numbers, as if they were natural numbers, while to the obtained quotient the corresponding sign will be placed, according to the law of signs applied to the signs that originally possessed the dividend and the divisor.

Multiples of a number

Once each of these definitions has been reviewed, it may then be much easier to approach an explanation of the Multiples of a number, which should be understood as all the numbers that can be considered as the products obtained from multiplying that integer by all the integers that exist. In this way, a separate set will be created, made up of all these products, which will then be understood as the Multiples of the integer on the basis of which they have been determined.

How to find multiples of a number

However, it may be best to explain how to find the Multiples of a specific Whole Number through a specific example, such as the one below:

When starting this exercise, it will then be necessary to multiply +4 by each of the positive integers, as these operations will indicate which are the positive multiples of +4:

However, within integers there are also negative integers, so +4 can also be multiplied by negative numbers, thus obtaining negative multiples. For example:

How to know if one number is a multiple of another

On the other hand, if we want to know if a number is a multiple or not of another, instead of using multiplication we must use division. In this sense, the number with the highest value will be taken and disposed of as Dividend, while the number with the lowest value will serve as Divisor. Then the division is made, and if the result is an integer, that is, if the division is exact, it is considered that the questioned number is certainly a multiple of the number sought.

Likewise, it may be necessary to give a concrete example that allows us to see in practice how to proceed whenever we need to know if a specific integer is actually a multiple of another integer. Here is one of them:

Determine if the number 6 is a multiple of 2:

Given these numbers, it will then be necessary to divide the number 6 by 2:

In doing so, an exact division will be obtained, as well as a quotient made up of an integer, so it is concluded that in effect 6 is a multiple of 2. So it also happens that if one decides to multiply 2 by the quotient obtained 3, the result is again 6, so then it is verified that certainly 6 is a multiple of 2.