Summary of the Odyssey for songs 7 to 11

Odysseus was brought before King Alcynous, by Athena who was disguised as an ugly man. Queen Arete notices that the clothes she wears Odysseus had been made by her, so she asked how she came to the coast of Esqueria. So the hero tells them of his misfortune, both in his prison in Calypso, and the storm of Poseidon and finally, when he was assisted by Princess Nausiaca.

Summary of the Odyssey for songs 7 to 11
Odysseus was brought before King Alcynous, by Athena who was disguised as an ugly man. Queen Arete notices that the ... 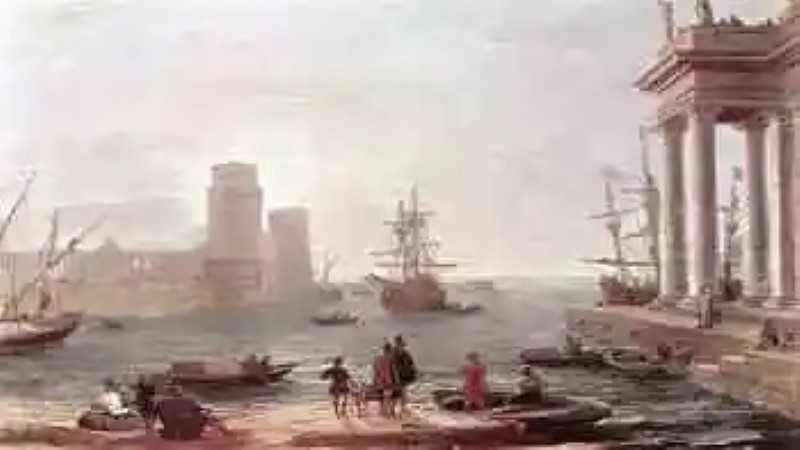 The story and Odysseus himself proved very shocking in the eyes of the king.Therefore, Alcínous offered his daughter’s hand or also the possibility to take him safely to Ithaca.

As King Alcínous was so in awe of Odysseus, he organized a party with pomp and games, celebrating for the hero’s stay and honoring him. In one scene, Odysseus was challenged by the Odamante, who made him angry and was defeated by releasing the album.

Aedo Demodoco declaimed a song that recounts a funny tale about the forbidden affairs between Aphrodite and Ares. Aphrodite was the wife of Hephaesth. Everyone was in awe of Odysseus, both the princess who asked her never to forget her, and the entire court of the king and the inhabitants.

Another fabulous song of Demodocus was when Odysseus asked him to sing about the Trojan War. But it was so emotional for the hero, he could not hold back his tears, which overtly caught the attention of the king, who stopped the singing and asked Odysseus to explain the reasons for his condition.

It is the detailed account of Odysseus’s adventures in the Trojan War and its captivity in Calypso. He said he sailed on twelve ships that departed from Troy. On their way they ransacked the cycons, in Ismaro. Then they arrived in the lotopha nation, where some men ate loto and it was very difficult to return them to the boats.

As they left, they stopped at the island of the Cyclops. But in this place does not go down the whole crew, but only the 12 best men of Odysseus along with him, to dialogue with the natives to ask for accommodation.

But one of the Cyclops was a giant one-eyed, son of Poseidon, and he ate many and the others imprisoned them. The hero escaped by blinding the giant and being humiliated, Polifemo as his name was, he shouted for revenge on his father Poseidon.

They finally arrive at a place where nothing bad seems to be happening, but on the contrary, they are helped. It was the island of Eolia and Eolo of Hippotada gave Odysseus a bag with powerful winds that would take him to every destination, but the surprise was that the only missing wind was the one that would take them back to Ithaca.

But more was the surprise of the men of Hippode, as he opened the bag of the winds thinking that there were the treasures of Odysseus, who slept in those moments. They are then driven by the air, destined to pass through the island of the Lestrigones. These are giants who eat humans and devoured all men of eleven boats.

Odysseus was left with very few warriors and they fled to the island of Eea, but misfortunes continued to meet Circe, a witch who turns Odysseus’s men into pigs. But fortunately, they were assisted by Hermes, who brought them some magical herbs with which they were able to counter Circe’s magic and return to normal to the crew.

However, they remained there for about a year and when Odysseus wanted to leave, he asked Circe to help them return to Ithaca. She told them that to do so they had to go to the underworld, where Hades lives and there, to ask the soul of Tebano de Tiresias, who was a great and powerful fortune teller. And so it was, the old man guided them, but when the whole crew followed the instructions, Elpénor slipped and passed away.

The scene begins by unfolding at the entrance to hell. There, Odysseus invoked the spirits of the dead. Then the soul of Elpénor appeared, who begs Odysseus to please bury his body and incinerate him. The elder Thebano details Odysseus’s future in his prophecies. The death on Anticlea, Odysseus’s mother, then dies, thwartingly expecting her adored son.

All this was being recounted by Odysseus before the kings of Esqueria. At one point, the queen stopped Odysseus in her account, so that more and more gifts would be given to her, for her heroic adventure. After being groomed, he continued to recount Agamemnon’s death and gave him instructions and advice not to repeat his story in King Alcinous.

If you liked this article, share it and let us know your opinion on the subject. It’s important for us to know what you think.