Facebook Messenger: so you can send panoramic images 360 to your friends 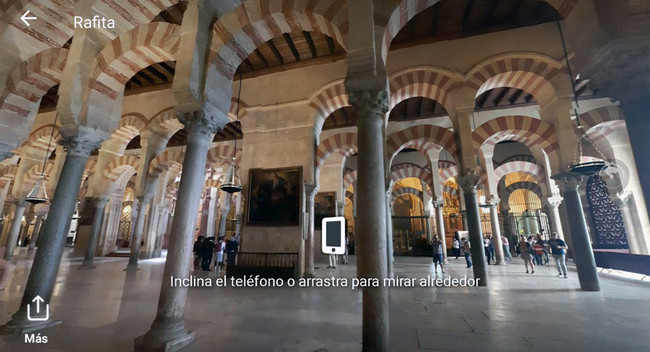 Facebook just submit two new features on its messaging application Facebook Messenger: the ability to send panoramic images 360 and sent HD video. The first is already available for all the world, but the second only in a handful of countries.

Both of these functions come to Facebook Messenger long after he was made the application of Facebook (photos 360 two years ago, videos in HD a year ago and a half). However, Facebook Messenger does not have a camera 360, so, how do I submit panoramic photos in Messenger?

Indeed, Facebook Messenger allows you to send panoramic photos, but what you do not allows is to create them. For this you must find life or use a picture you already have on your mobile. Usually the normal thing is that the camera application of your mobile have the option to make panoramic photos, a solution that you have always at hand. 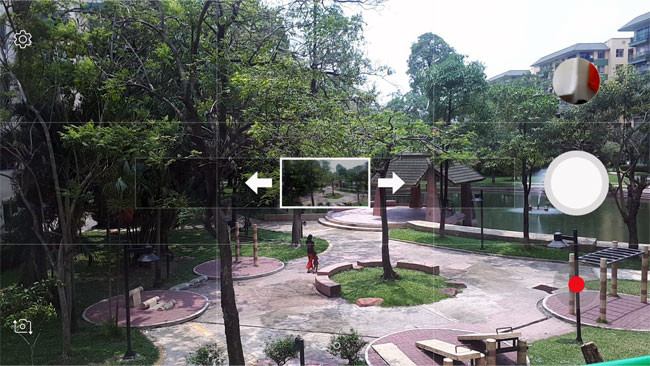 panorama Mode in the camera of Samsung

If your camera application does not have the function to make panoramic photos, or you do not just convince the result, a good alternative is Google Street View. Although its name may seem that only serves to view photos of Google Street View, it is an excellent camera spherical. You must first tap on the floating button and then choose Camera. After, follow the points to complete the spherical image. 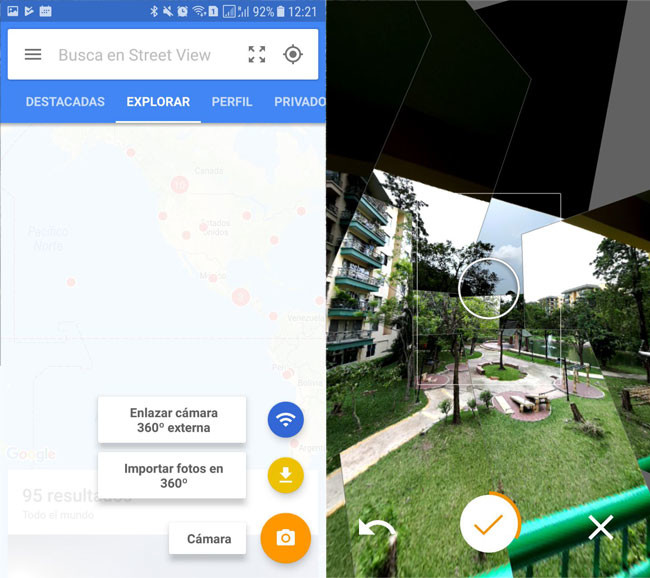 applications to create panoramic images can take a few seconds to complete the mixing of the images into a single panorama. After the most normal thing is to keep the image in the gallery. 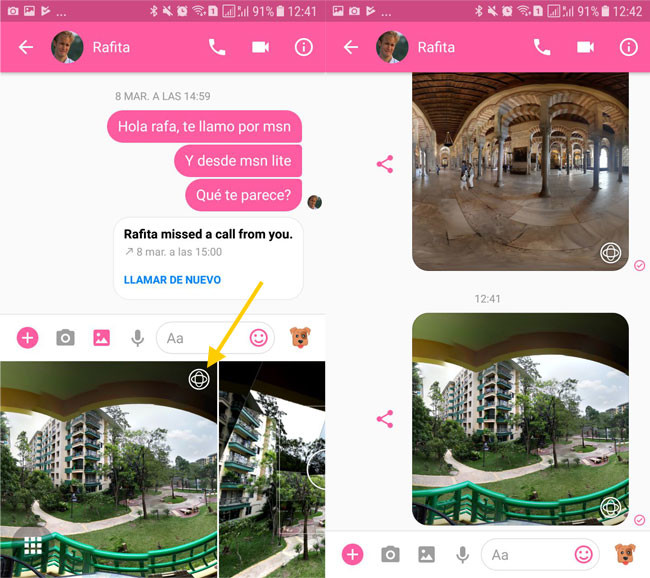 yes, Now open Messenger and tap on the icon to send pictures from your gallery. Here you will see that the images that Messenger detected as panoramic have an icon in the upper left corner. Send it to a chat and the other person will be able to see how immersive, moving the image with your finger or by using the gyroscope of the mobile.

–
The news Facebook Messenger: so you can send panoramic images 360 to your friends was originally published in Xataka Android by Ivan Ramirez .