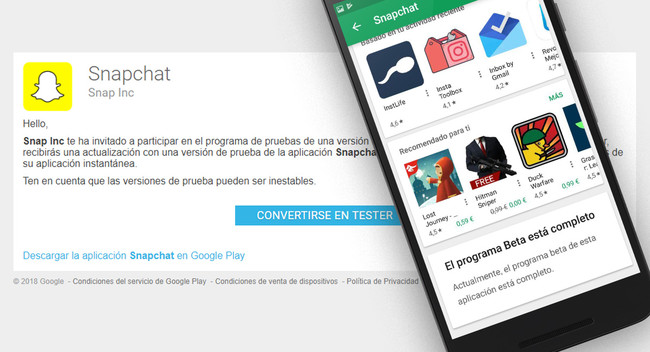 Many applications use the programme beta Google Play so that they can try the latest in a small group of users before uploading to production. The problem is that sometimes this beta program is full and will not let you join.

If you’re dying of wanting to get off the beta of an app directly from the Google Play store and the beta program is full, there is a little trick that you can do to join the good or the bad. You only need five minutes and a PC.

why is full the beta program?

first of all, why is this happening? Why a program of betas is full? The answer is simple: have signed up more people that the maximum number of testers. As Google Play specifies at the end of the information of an application that has a beta version, it is normal for popular applications to get a good number of seeking beta testers immediately.

developers can choose exactly the number of testers want to support in your application, with the only condition that is greater than 1,000. Once you reach that ceiling the text in the Google Play is changed to “the Beta program is complete” in Google Play, preventing you to join us. 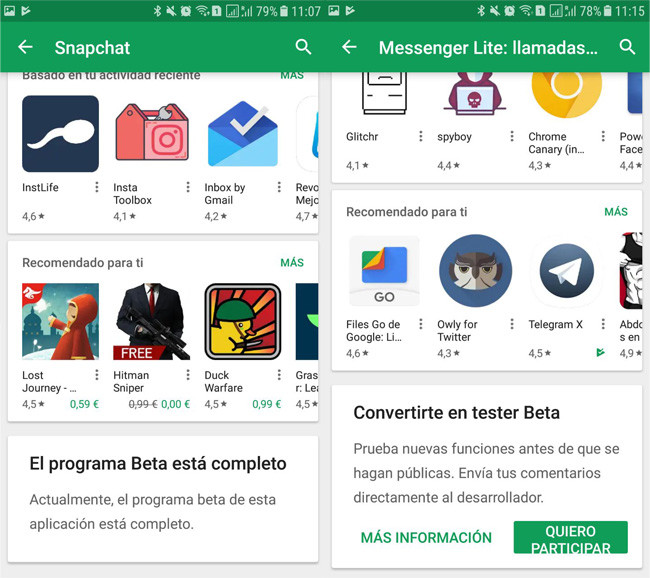 Join a beta even if it is filled

did You die of want to join a program of betas is full? Without problems, there is a trick that allows you to join anyway. To do this you need to use the web version of Google Play. You will need to compose and visit the following web address:

https://play.google.com/apps/testing/ + ID OF THE APPLICATION

The ID of the application is the unique identifier that you can find by opening its tab in Google Play. Usually start with “com.” although there are exceptions. In the web address of an application on Google Play, is what appears after ?id= and before any other symbol as &, if any.

Instance ID of an application

There you find the button Become a Tester, which appears even though the program beta is complete. Click it and you’ll be officially inside, as you will see in the next step. It is not clear if this trick is valid for a slip up from Google or to reward those who work hard to sign up for the beta beyond to find a button in Google Play. What is clear is that, for now, it works. 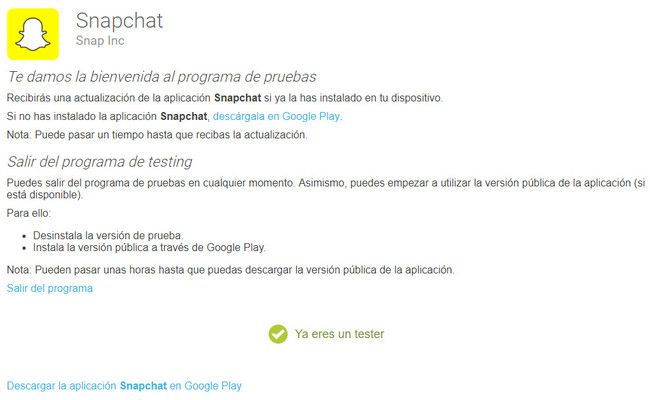 note that this just serves you at betas open public with a limited number of users. Currently the developer console of Google Play provides the option of creating a closed beta with users added by e-mail, as well as a beta that requires you to join some communities on Google+. In addition, a developer can block the beta versions in certain countries.

In Xataka Android | ¿What is the wishlist of the Google Play and what is it?

–
The news How to join the beta program of the app even though you are full was originally published in Xataka Android by Ivan Ramirez .