How to find an equivalent fraction

Perhaps the best thing, before addressing an explanation of the correct procedure to be followed when finding the equivalent fraction of an expression, is to briefly review some concepts, which will allow us to understand this operation within its context Indicated. 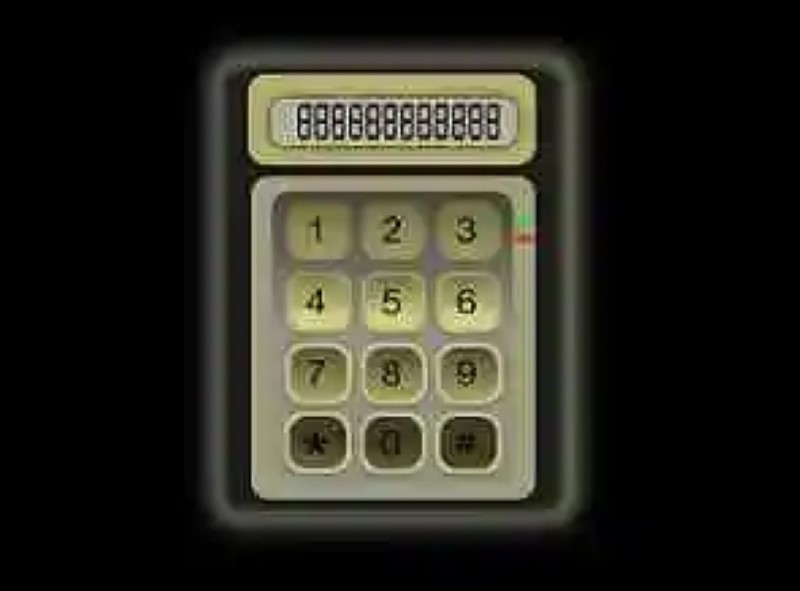 In this sense, it may also be relevant to delimit this theoretical revision to two specific notions: the first, the definition of fractions itself, in order to take into bear in mind the nature of the mathematical expressions involved. Likewise, it will be necessary to pause for a moment in the concept of Fractions equivalent, in order to know to mind what type of fraction is the one to be determined. Here’s each one:

In this way, one can begin to say that fractions have been generally explained by Mathematics as a type of mathematical expression, which counts fractional numbers, that is, that it is used to represent amounts that are not accurate or not whole. As for its constitution, the different sources also indicate that the fraction is composed of two elements, defined in turn as follows:

In another order of ideas, it will also be relevant to explain what equivalent fractions consist of, which have been defined by most sources such as those mathematical expressions, which despite having different numerical amounts, both in their numerator as its denominator, actually refer to the same amount.

However, the best way to clarify this concept may be through a graphical example, which allows us to visualize what the notion of Equivalent Fractions refers to, such as the following:

Assuming that two fractions were had, and you would like to discover if these are equivalent, you should graph how many parts of the whole, represent each of them, as shown below:

In doing so, it will be checked that even if the whole is divided into different parts, and the amount that has been taken from each of them has been expressed with different values, in reality both fractions refer to the same amount of the whole, so these are then equivalent.

However, Mathematics also points out that the most practical way to discover whether two fractions are equivalent will be through the method of cross multiplication, since if doing so achieves equal results, the fractions involved may be considered then equivalent fractions. This may be expressed mathematically as follows:

How to find an equivalent fraction

Once a review has been made of each of these concepts, it is perhaps certainly much easier to approach the procedure indicated by the different authors to find the equivalent fraction of such an expression, an operation to follow then the following steps:

Example of how to find an equivalent fraction

However, the best way to complete an explanation of the operation that allows an equivalent fraction to be found may be through the exposure of a particular example, which will allow us to see what steps lead to resolving this type of operation, such as the one seen below: 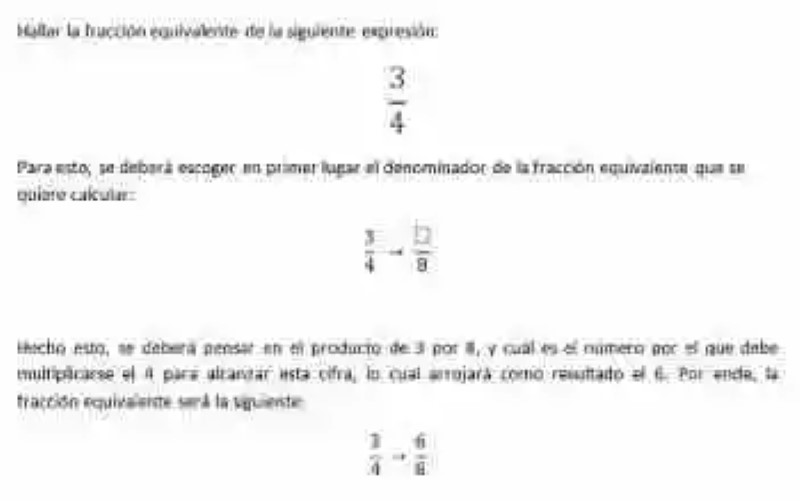 To verify that these fractions are actually equivalent, you should check through cross multiplication: 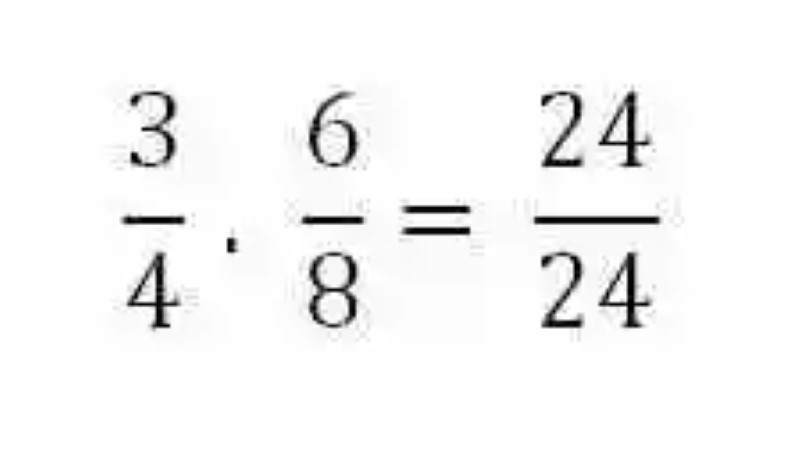