Flamingo, one of the clients for Twitter with the best design, reaches its limit of tokens and leaves to the Google Play 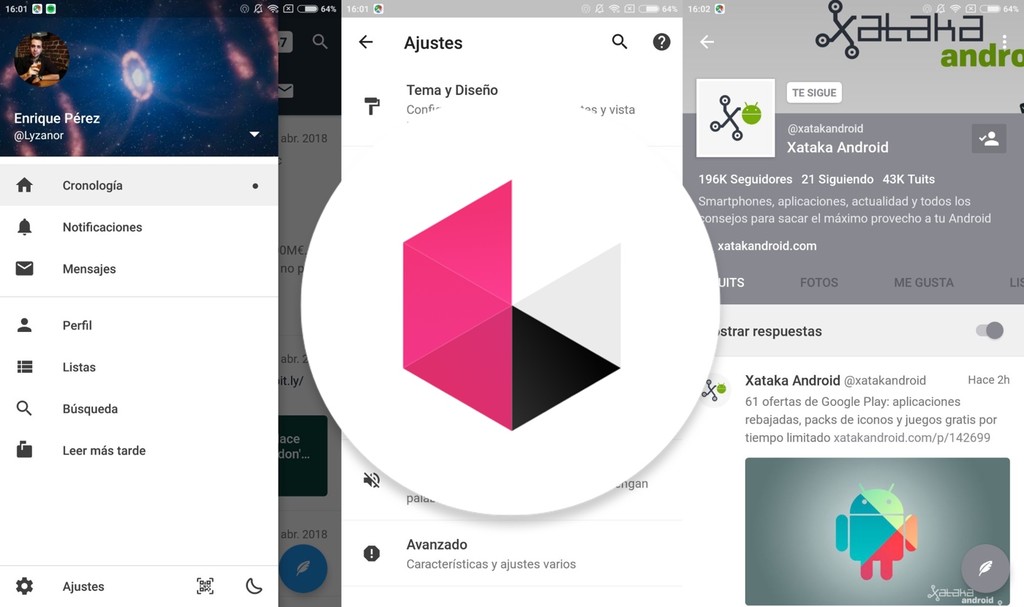 Not quite two years ago came to the Play Store a client for Twitter that I had much of the functions that we ask for many users. We talk about Flamingodeveloped by Sam Ruston and a client that has been upgraded over the months incorporating the latest developments of Twitter.

Unfortunately, these days Flamingo has reached the limit of tokens from Twitter and can no longer be downloaded by new users. The application has been removed from Google Play, and only if at some time previous had installed may be used.

Those who already had installed we will be able to continue as until now, but you will no longer receive updates. Unfortunately, and as has happened in other cases, the application will end up being outdated and at the end we will return to the application official Twitter, which of course does not have this problem imposed by the company itself.

The own Sam Ruston, designer of Flamingo and many other Android applications like Weather Timeline, has written in his Twitter account that the application has reached this limit.

Very close to the token limit, so it has been unpublished. You can still download it if you have purchased it previously by looking in the My Apps section of Google Play

it Was a customer payment with a price of 1.59 euros, has multi-account support, a scrolling very smooth together with a design Material Design exquisite and a number of adjustments are huge as the dark mode or the import of configurations. Those who descargasteis in his time will already know its advantages, for the rest of the users will already be too late.

A story that is repeated as already happened with Fenix or

–
The news Flamingo, one of the clients for Twitter with the best design, reaches its limit of tokens and leaves Play Google was originally published in Xataka Android by Enrique Perez .

Flamingo, one of the clients for Twitter with the best design, reaches its limit of tokens and leaves to the Google Play
Source: english
April 6, 2018