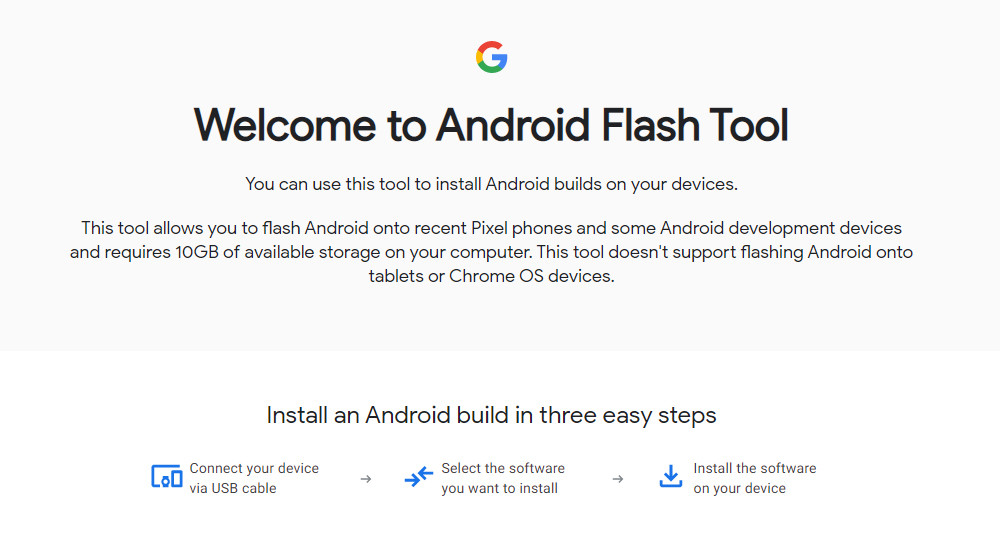 Android is in constant evolution. Every few minutes appears in Android Open Source Project a new build for developers to test the latest version of the operating system. Now to make it easier to install a AOSP ROM Google launched Android Flash Tool.

this Is a web tool as its name indicates, is used to install ROMs AOSP on a device compatible Android. Currently the requirements are to have a Pixel 2, Pixel 3, Pixel 3a or Pixel 4 in any of its variants. It also allows you to update the plates HiKey and HiKey 960. 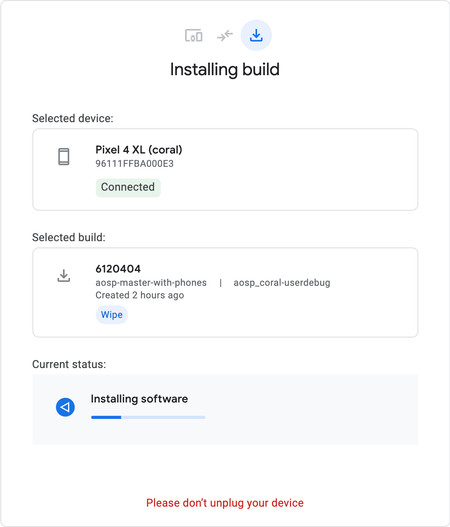 Android Flash Tool is very easy to use. So only we have access to Android Flash Tool and connect the Google Pixel compatible to the computer by cable with the USB debugging on. The web tool will detect our mobile and we will select the last compilations of ROMs AOSP that are available to install on the device.

Android Flash Tool will take care of the entire installation process. Lower and install the ROM without the need to unlock the bootloader or change of recovery.

This tool requires a browser compatible with WebUSB as Chrome, Opera or Edge 79+ to run. It is compatible with any operating system but in Windows you must install the USB driver.

–
The news Google releases Android Flash Tool: a tool to update the Pixel with ROMS AOSP was originally published in Xataka Android by Cosmos .