there is No doubt that one of the Google applications that more updates and improvements constantly receives is Google Maps. In fact, recently, the company from Mountain View has been added in your application of navigation and transport the expected incognito mode e spoken directions, and detailed help people with visual disabilities.

a couple of days Ago, without going any further, we told you that Google Maps had integrated icons with the emblematic monuments of the most tourist cities, and today, thanks to a new update, you have added a sort of carousel with shortcuts to the categories that are most sought after.

A carousel with seven categories and More 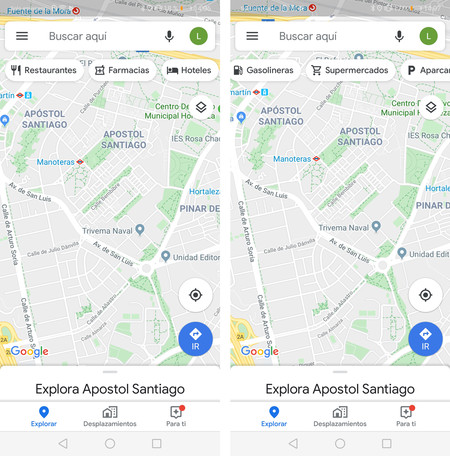 The design of Google Maps brings a new change in your last update. If you’ve received, you’ll notice that at the top of the screen, just below the search bar are now a few floating icons with the categories that are most búscadas.

Playing on them, you can swipe the carousel left and right to reveal more categories. In total, there are seven that have shortcuts: Restaurants, Pharmacies, Hotels, gas Stations, Supermarkets, Parking lots and Bars. But the way to the right, find the icon with three dots and the word ‘More’, which will give us access to the rest. 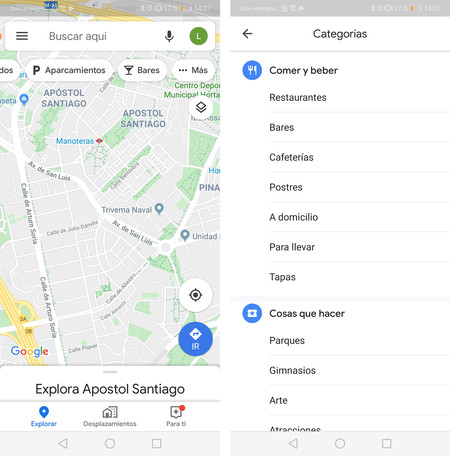 Simply press once on any of those icons, or bubbles for that at the moment we appear marked on the map the results for this category. It is, therefore, of a much more quickly and easily access the same function that we had in the tab ‘Explore’.

Is coming slowly to the terminals Android by means of an update of Google Maps, so, if you do not yet have available, is a matter of time. In our case, for example, we have already received in a terminal Huawei, but still we do not have a Xiaomi.

–
The news Google Maps adds a toolbar with shortcut icons to the categories that are most sought after was originally published in Xataka Android by Laura Sexton .