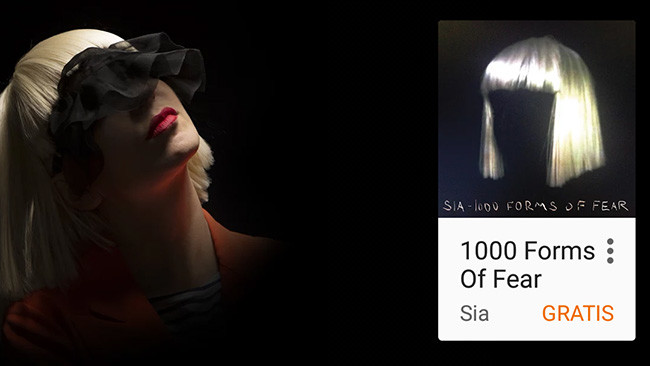 It is common to find occasionally some free song Google Play and very occasionally find a complete album to download for free, but that rarely happens a lot is finding several albums free , which is now found in Google Play.

Specifically Google Play is giving away four albums. Treated the album 1000 forms of fear Sia released last year, the album The Sound of Yo-Yo Ma (Google Play Exclusive) , the Franco-American cellist Yo -I Ma and compilations of classical music Play Classical and Play Classical Tenors . To download totally free just we have to have been some form of payment. The offer will be available for a limited time

–
News Google Play gives you the album 1000 forms of fear of Sia and three albums of classical music was originally published in Engadget Android by Cosmos .