The online from GTA V is updated with the latest news.

Rockstar has announced the arrival of a new and important update to GTA Online, mode multiplayer Grand Theft Auto V. Betting in the seventies, the game is updated with the car Tulip, available exclusively at Southern San Andreas Super Cars and bonuses in several of the classic modes.

in Addition to double GTA$ on all sales of merchandise Smuggler”s Run, the game invites us to get double GTA$ and RP when you play any of these modes, Adversary classics until the 21st of January:

Tiny Racers recovers the spirit of other classic titles from GTA, but from a bird’s eye view perspective, and with combat between vehicles of retro style, so that you can remember the old times while driving so hysterical and trying not to explode.

Jumps with a parachute from a helicopter in the middle of the night and lands in the middle of a firefight. Use the thermal vision and night to identify and shoot at the rivals, and collaborates with your team to locate the box that contains tax-free earnings.

Imagine the serene and rigorous sensation of drop and take to the skies to fall in the center of a distant goal in a Ruiner, 2000, and the only parachute on board make the difference between getting the maximum score, and die wrapped in a ball of fire. Since extra Time: a dispute is so, only you and the rest of the adrenaline junkies of The Saints pisáis the accelerator at the same time. This can only end well.

In Thirst of power, the teams are vying for possession of the crucial enhancer titan, which makes those who have it in a threat-armoured with a main goal: stay alive long enough to get a point. If the titan dies before completing the indicator, will drop the enhancer and the other applicant will be able to try your luck.

Play GTA Online from now and until the 21st of January to unlock the t-shirt Declasse Girl.

Up to 40% discount on hangar

Vehicles with up to 35% discount 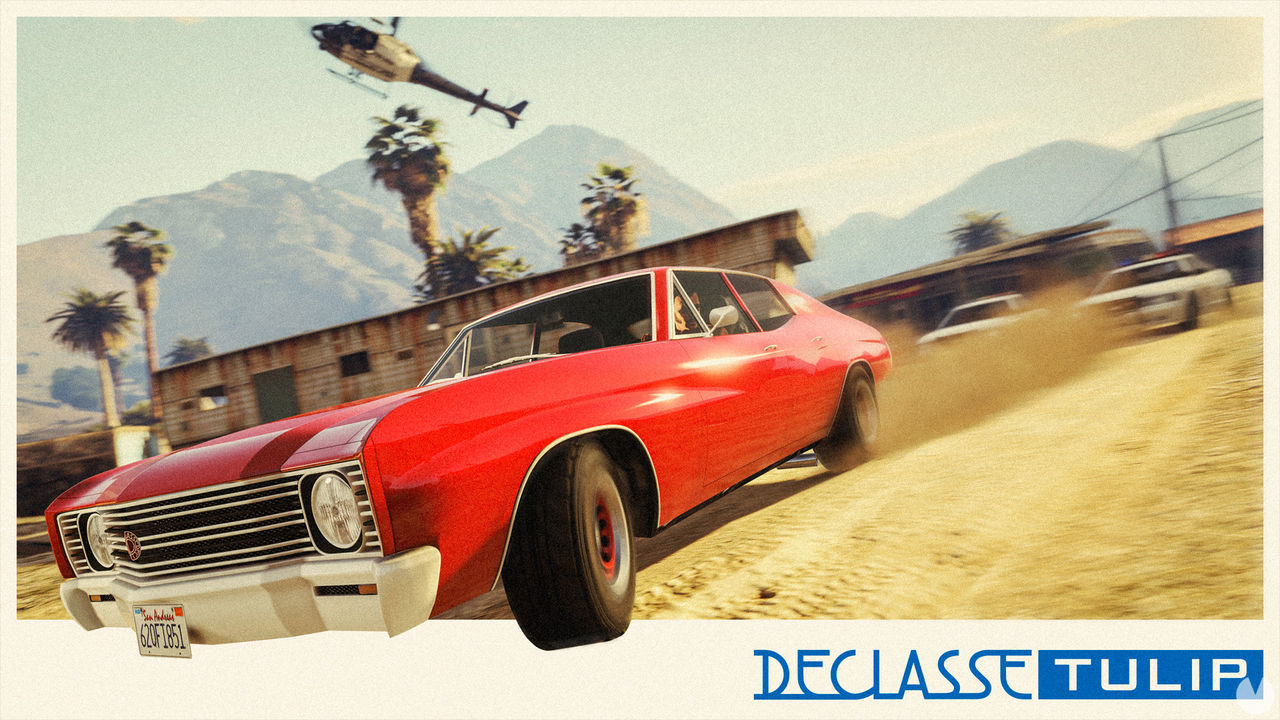