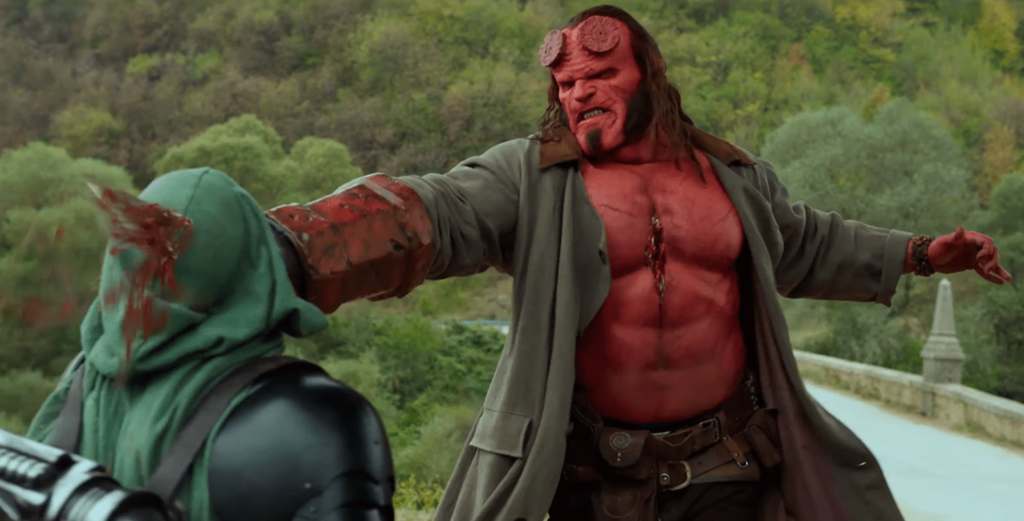 Bad news for lovers of the fantastic, wild, self-conscious and last laps, because finally, we can confirm that the version of ‘Hellboy’ that will hit Spanish cinemas from the hand of the distributor Vertice 360 next Friday, may 17, will be a copy censored that eliminates the vast majority of plans with explicit violence of his mount original.

The doubts about what ‘Hellboy’ would come to our cinemas began to emerge after the last press passes made in Madrid and Barcelona, in which is projected to have a watered-down version that had nothing to do with the that saw some of the companions of this holy house as Kiko Vega, which, as you can read in his review, he was delighted —and rightly so— with the-rumped feast of terror offered by Neil Marshall.

Before the runrún of the potential audience in social networks and the lack of formal replies, we have decided to get in touch with the distributor, from where you have claimed that, in effect, the version that we will see, “approved by the director and the producers”, be the light.

The decision has been taken after have considered two options —the censored and the original premiered in the united States and other countries, opting for the first of these “to make it more marketable and reach a wider audience”, reserving the version “for possible launch in the domestic market”.

To get an idea of the changes associated with the process of whitening of ‘Hellboy’, involve saying goodbye to the litany of dismemberment, mutilations, and burradas several that dot the equally fun story —especially in its appalling last third— you can take a look at the following comparative between the trailer end English and american.

To give you an idea of the levels of censorship that has gone through the copy of #Hellboy that will concert halls of spain, here you can see a comparison between various moments of the trailer end Spanish and the american. pic.twitter.com/8NqWaW2zsy

we do Not know to what extent it will be effective this maneuver commercial, although diving is not too deep for Twitter, the discontent of the public potential of the new adaptation of the comic book from Mike Mignola appeared to be widespread. The box office will be the talk this weekend.

For my part, despite having enjoyed fully the film, I can not hide my disappointment in front of a mutilation that pulls from the brilliant equation of ‘Hellboy’ is one of your most crucial factors and distinctive; besides leaving in question the work of mounting affected by a few snips too obvious that are evident in many of her scenes.

Mike Mignola clarifies what happened with Hellboy: Guillermo del Toro did not want to complete the trilogy

–
The news ‘Hellboy’ will come censored to Spain: will premiere a montage without explicit violence “to reach a wider audience” was originally published in Espinof by Victor Lopez G. .