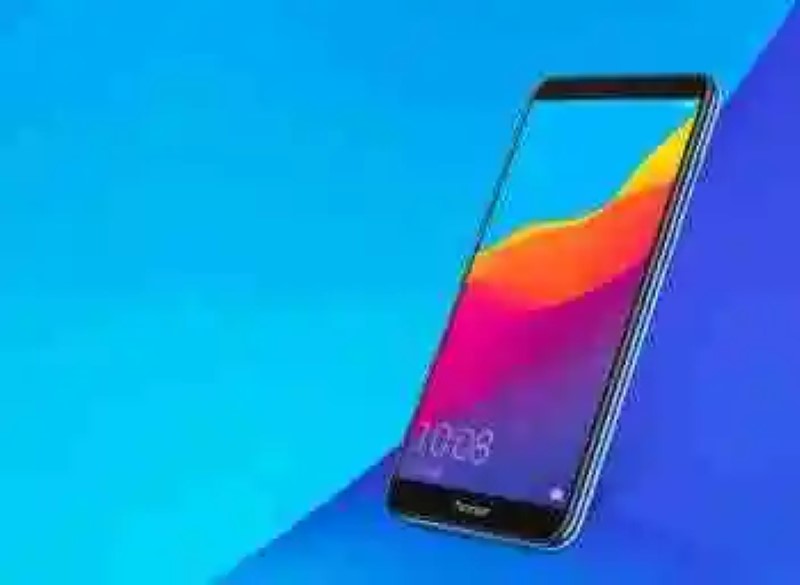 Honor 7A: the mid-range more modest boasts dual camera, screen, 18:9 and Oreo series
Huawei has a good streak of releases so far this year. The newly announced series P20 with the Huawei P20 Pro the h...

Huawei has a good streak of releases so far this year. The newly announced series P20 with the Huawei P20 Pro the head is taking all the limelight, but their sub-brand Honor is also building up their catalog.

The latest release focuses on the first rung of the mid range and its name is Honor 7A.

► Political intrigue will be essential in The Guild 3 We reveal the main keys to its political sys...
► The website of Google Play Music is renewed Material Design The Google music service that allows us ...
► MediaQ Huawei M310: The Android Media Center that wants to control your TV Google TV will not start however Androi...

The new Honor 7A has just been announced in China and its features placed just below the Honor 7X and Honor 7C. But despite being the simplest of this trio, does not waive elements such as the dual camera, a screen format elongated and software to the latest Android Oreo series and the latest version of EMUI.

technical data Sheet of the Honor 7A

The format 18:9 and the cámata double are for everyone, the metal does not 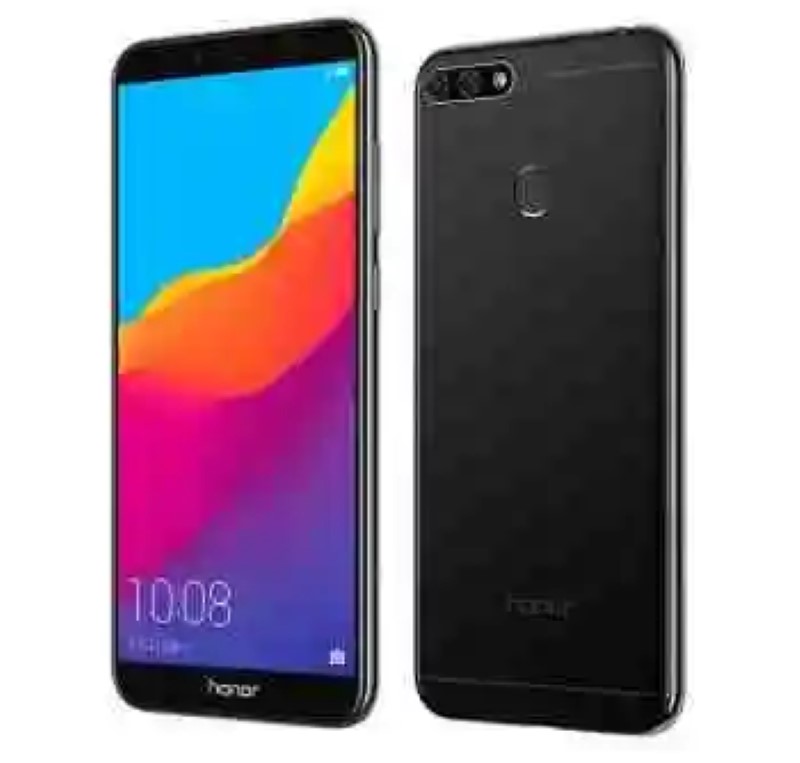 The main difference between the Honor 7A and older siblings is to be found in the design, but not in the style. The Honor 7A boasts a look that follows the line of previous models, with a form of rounded corners, fingerprint reader rear and lines of antenna across the top and bottom ends.

The difference is in the material. Unlike the Honor 7X and 7C, and its metal chassis, Honor 7A bet for a rear plastic, although the pictures do not notice a great change and will have to wait to have it in hand to see what feels the construction. The good thing about plastic is that it subtracts weight, staying in a reasonable 150 grams.

With respect to the screen, as we said, has an aspect ratio of 18:9, the format that we can already say it has been established as a standard in the smartphone universe for some time. The panel measures 5.7-inch diagonal and offers a resolution HD+. Comment that in this case the reduction of frames is also less pronounced and we still have two bands rather wide above and below the panel. 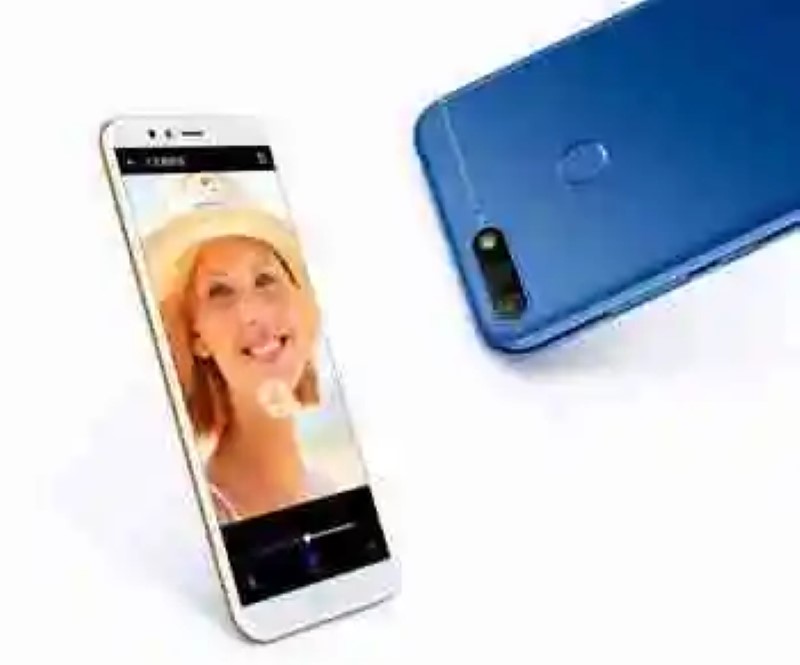 For the camera we have a combination of a sensor of 13 megapixel with a secondary one of 2 megapixels that allows the already famous portrait mode, although you’ll have to see the results that you get. The camera is accompanied by an LED flash and the lens has aperture f/2.2. With respect to the camera front, we have an 8-megapixel sensor, also with LED flash, and the lens in this case provides f/2.0 aperture. 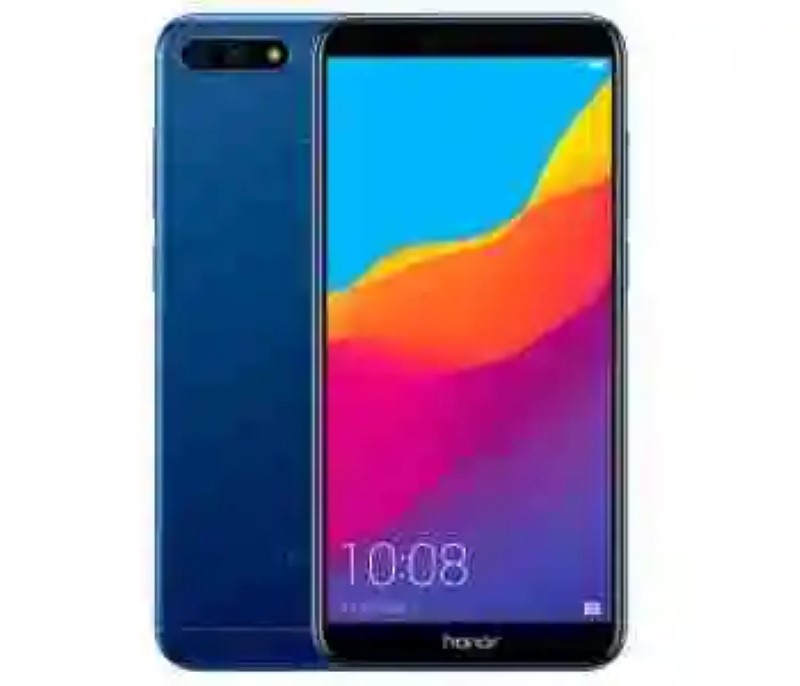 In the interior of the Honor 7A we find features that are more understated than their peers of range. We started by the processor, a Snapdragon 430 eight-core with GPU Adreno 505, a chip that gives good result but it shows that we are on a more basic level. Accompany 2 or 3 GB of RAM, while the internal memory is maintained at 32 GB in both cases, no doubt a point in its favor.

In the part of connectivity, the Honor 7A has Dual SIM system and the classic game of connections, including headphone port, although in the case of USB, we do not have the connector, but a MicroUSB. The battery of 3.000 mAh closes the list of specifications.

finally tap to talk software, which as we said is Android Oreo with EMUI 8.0. Honor adds the system face recognition that are already integrating other models of its series, but does not waive the fingerprint reader on the rear.

Versions and prices of the Honor 7A

As we have already mentioned, the Honor of 7A has been announced in China, so for the moment we have no information on price or release date out of the country, though we hope to soon give the jump to Europe.

In China, the price of the 2 GB version of RAM is 103 euros, while the model with 3 GB of RAM costs 128 euros at the current exchange rate. The Honor 7A hits the market in black, gold, and blue.

Install Beats Audio on your P and Xperia Xperia U
Today I bring from Androidsis a Mod to install Beats Audio in P and Xpe...
Google launches its new app “Google One” to iOS with storage manager and bakckups
Google announced this week the launch of a new app-One for iOS, designed f...
Aktualisiert: Windows 8.1 veröffentlicht, News und Features
Microsoft hat weitere Informationen über das umfassende Update auf FutT...
The prophecy of ‘Game of Thrones’ that will mark the end of the series: who is the new Azor Ahai?
the end of The road each time is more near for 'Game of Thrones', so it i...
Bibliography ►
Phoneia.com (April 2, 2018). Honor 7A: the mid-range more modest boasts dual camera, screen, 18:9 and Oreo series. Recovered from https://phoneia.com/en/honor-7a-the-mid-range-more-modest-boasts-dual-camera-screen-189-and-oreo-series/

This article was published by Phoneia, originally published in English and titled "Honor 7A: the mid-range more modest boasts dual camera, screen, 18:9 and Oreo series", along with 18986 other articles. It is an honor for me to have you visit me and read my other writings.
◄ Grovemade offers a walk to the HomePod, which prevents the white ring on the wood
How to make a shopping list with the Wizard of Google ►