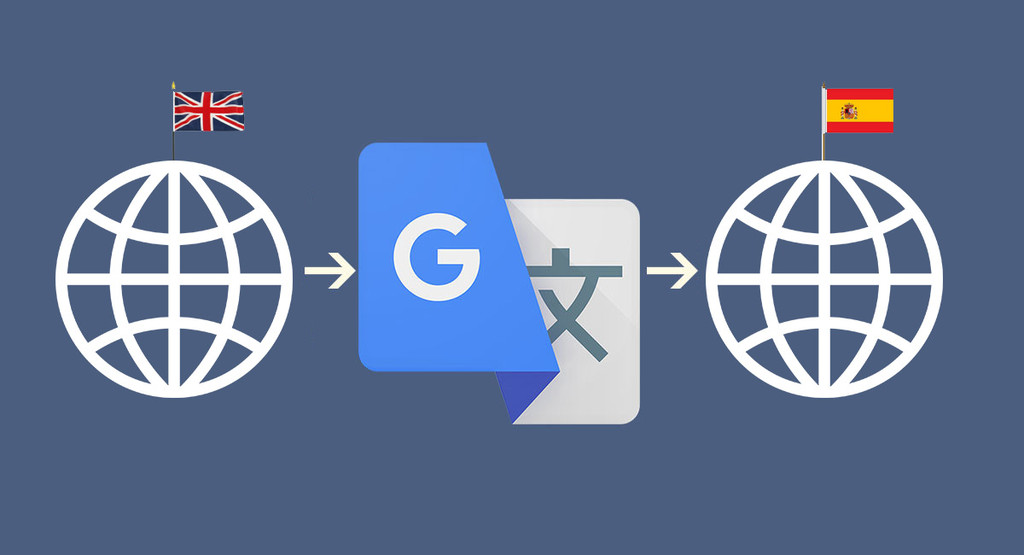 it Is easy to translate text with the app of Google Translator for Android, which also lets you with a little more difficulty translate the text of an image. Now, how do you translate web page with Android?

you Probably know that the web version of the Google translator allows you to translate web pages by pasting the web address in the box, but if you try to do the same in the app you will receive a disappointment: there does not work. However, it is possible to use Google Translate to translate web pages, but the method is slightly different. We will see two ways to achieve this.

To do this, you need to tap the menu button and select Translate… This will open the translation bar at the bottom of the window, where there are two languages: the language detected and the language into which they translate. Tap into this language (for example English), to translate the web page. 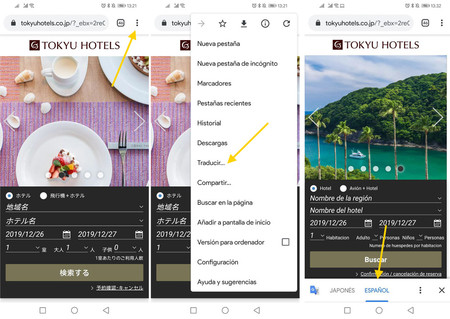 If you want to translate the web page to other language you’ll need to tap the menu button on the language bar and select More languages. Similarly, if Google has detected the original language wrong, you can use the option when The page is not on…? to manually enter the source language.

The above method is very good, but what happens if you’re not using Google Chrome as a browser? If you don’t like the browser of Google, your translator continues to be one of the best and you can use it to translate web pages.

For translate web pages using the app of Google Translator you should use the menu to share from the browser. This menu may vary from one browser to another, but it is almost certain that any application you use to surf the Internet will include the option to share the current web page with other applications. Then choose Translator in the list. 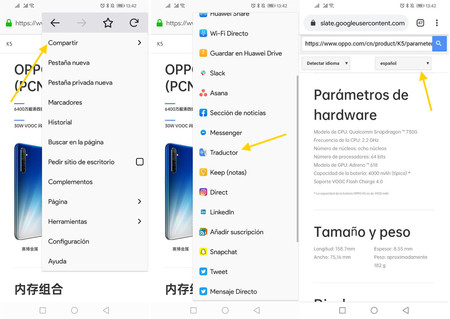 Interestingly, the translation does not open in the Google Translator, but will show in the default browser. Is included at the top of the screen the bar of the translator, where you can adjust both the source language and the target, if you would like any other configuration.

–
The news How to translate a web page using the Google Translator for Android was originally published in Xataka Android by Ivan Ramirez .