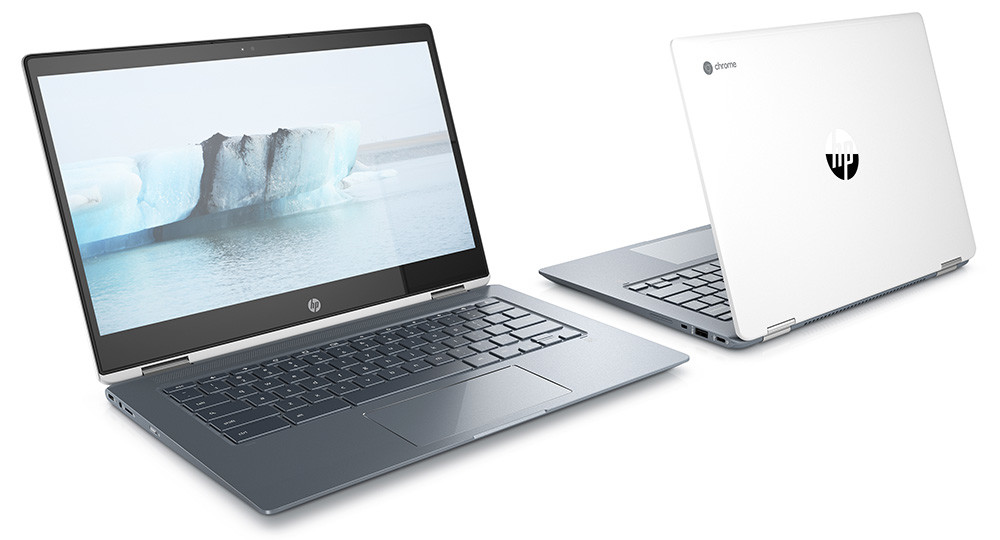 While we wait, the more likely presentation this afternoon Pixelbook 2 of Google, the HP and ASUS have just announced new Chromebooks: the HP Chromebook x360 14 and the ASUS Chromebook C42, respectively.

The two OEM (original equipment manufacturers, in Spanish) now propose two models of convertibles that work with Chrome OS and that will come very soon to the market to further fatten the -ever-expanding – list of equipment of this type.

The new proposal from HP comes a few months after the HP Chromebook 2, its first convertible with Chrome OS, and it does so with a design somewhere between a laptop and a tablet, thanks to a hinge 360 degrees that allows you to choose between four modes of use.

The Chromebooks are getting older, and already not only threaten the Windows laptop of a lifetime

The first thing that catches the attention of the Chromebook x360 is its elegant design, with a keyboard blue anodized aluminum and an ornament of diamond cutting in the touch panel. In addition, the cover device has a coating that gives it a white finish similar to that of the ceramic and provides scratch resistance.

As its name indicates, the HP Chromebook x360 14 has a large screen IPS FullHD 14 inches backlit WLED and an Intel Core i3 / i5, eighth-generation, which comes accompanied by 8GB of RAM and 64GB of SSD storage. Also include your web camera HP Wide Vision HD and the microphones, digital dual array built-in.

it Also has a battery that promises up to 14 hours of battery life and a wide connectivity includes two ports USB type-C, USB 3.1, a micro SD slot and audio connectors (input / output).

This new Chromebook from HP has a price from 599,99 dollars and, you can already make a pre-order, will go on sale from the 21st of October, at the moment only in the united States.

Thanks to its design NanoEdge, which allows a larger screen for a viewing experience more immersive, the Chromebook C423 ASUS also has a great touchscreen full hd 14-inch with a bezel of only 5,8 mm

however, unlike the model of ASUS, includes a hinge 180 degrees, so you can not act like a tablet to use. Yes, ASUS certifies that this hinge has passed a test of opening and closing of 20,000 cycles.

While more progress is made in Chrome OS, the more you lose your identity

In its interior, we find an Intel processor of four cores, an internal storage of 32 or 64GB, a multi-format card reader, an HD webcam, WiFi ac, Bluetooth 4.0, two USB ports 3.1, two other USC-C and a-polymer battery of two cells that may last a up to 10 hours on a single charge.

The ASUS Chromebook C423 runs on Chrome OS, but also offers support for Google Play Store, so you can enjoy the most of the mobile applications of Android. The company has not given any official figure on pricing and release date.