Jerry Lewis, the undisputed genius of comedy, dies at 91 years of age 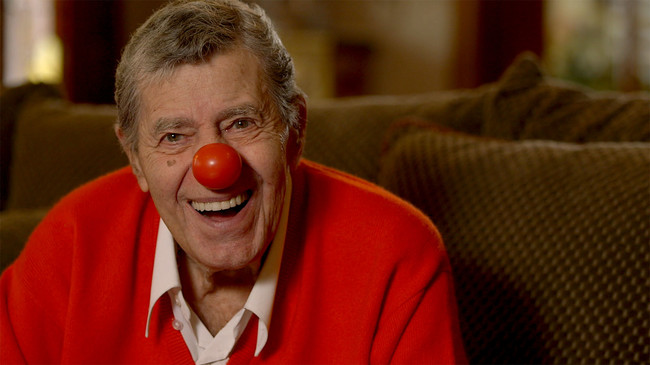 No matter what era we live or the circumstances that might surround us; the comedy will always be something that you need to cope with as best we can, often, suffocating reality that surrounds us. That is why it hurts especially have to give a final goodbye to that which was, is, and will be one of the greatest geniuses in the noble art of making laugh of all time, as proved throughout his prolific and long-lived career.

Joseph Levitch, better known by her stage name Jerry Lewis, has passed away at 91 years of age in his home in Las Vegas, Nevada, as indicated in the statement by your household that has been published in the local Review Journal:

“The legendary entertainer Jerry Lewis has passed away in peace at 91 years of age, of natural causes, in his home and with his family.”

Lewis became a genuine star during the decade of the 50’s, thanks to the incomparable comedy duo that formed next to the also giant of the show Dean Martin. Their collaboration, which emerged even a comic series published by DC between 1952 and 1957, he left films to remember as ‘Mad air’ —’Jumping Jacks’—, ‘What a couple of golfantes!’ —’The Caddy’— or ‘Together in the face of danger’ —’Pardners’—.

As a solo actor, who also served in the singer, producer, director and writer gave us the gift of classic lasting that they have not lost at all his ability to generate smiles. For the memories are his performances in the fantastic ‘The king of comedy’ Martin Scorsese; ‘buttons’, written and directed by the own Lewis; and the eternal ‘mad professor’.

No matter which of his many memorable title decide to rescue to pay homage to; whatever, Lewis will be able to hear our laughter wherever you are. Thank you for everything, master.

'The Trust', trailer of the thriller with Nicolas Cage, Elijah Wood and Jerry Lewis

Has died Terele Pávez, actress fetish of Álex of the Church, at the age of 78

–
The news Jerry Lewis, undisputed genius of comedy, dies at 91 years of age was originally published in Espinof by Victor Lopez G. .