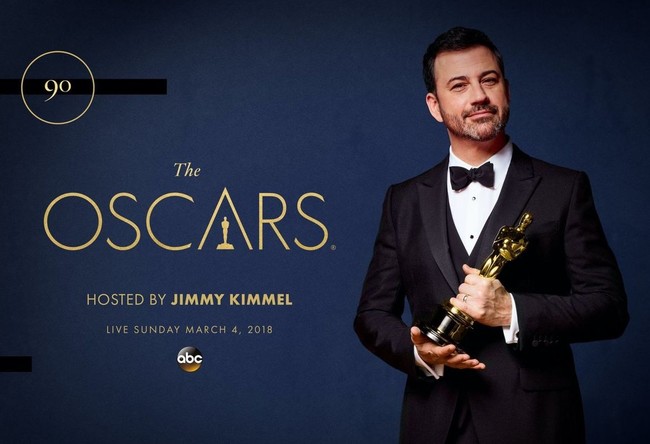 about the 90th edition of the Oscars and there is a lot of expectation to know what impact it will have in the gala all the controversy related sexual harassment in Hollywood. The movements of #MeToo and #TimesUp, with the help of the presenter, Seth Meyers, ensured that the dispute was very much present in the delivery of Golden Globes but it seems that this is not going to repeat at the Oscars.

so soon Jimmy Kimmel, which this year doubled as master of ceremonies, has already clarified that will not make jokes about the issue of harassment. In an interview for Good Morning America, comedian and presenter of one of the talk shows most popular of american television, explained his decision with these words:

“Well, look, this is the question: this show is not going on to relive the sexual assaults of people. It is a show of prizes for people who have been dreaming of winning an Oscar, perhaps during his whole life, and the last thing you want to do is arruinárselo someone who has a nomination for best actress, supporting actress, direction, photography or whatever, making it unpleasant. That is not what I want to do. I’m not going to stop bad behaviors with my jokes.”

it Is a decision is surprising after the success of Meyers at the Golden Globes, with darts towards Harvey Weinstein or Kevin Spacey. The point of view of Kimmel sounds reasonable, it does not evoke unpleasant memories in a night of awards, although it gives the feeling, by everything that has happened these last few months, avoiding the subject of the harassment may cause the opposite effect to that which seeks to.

it Seems that the movements of #MeToo and #TimesUp looking for the opposite, that we speak of these scandals of harassment and abuse. What do you think? As himself says Kimmel, if what you are doing wrong is going to know the time by the Internet. On the other hand, in the same video, warns that will not be short of jokes about the politics of Donald Trump, as it has been doing in its evening program. This is not going to cut the humorist.

Six reasons why we still want to see Bright, the film 100 million Netflix

–
The news Jimmy Kimmel will not make jokes about sexual harassment at the Oscars to avoid being “nasty” to women nominated was originally published in Espinof by Juan Luis Caviaro .