Nokia and the resurrection of the series N: how much is true? 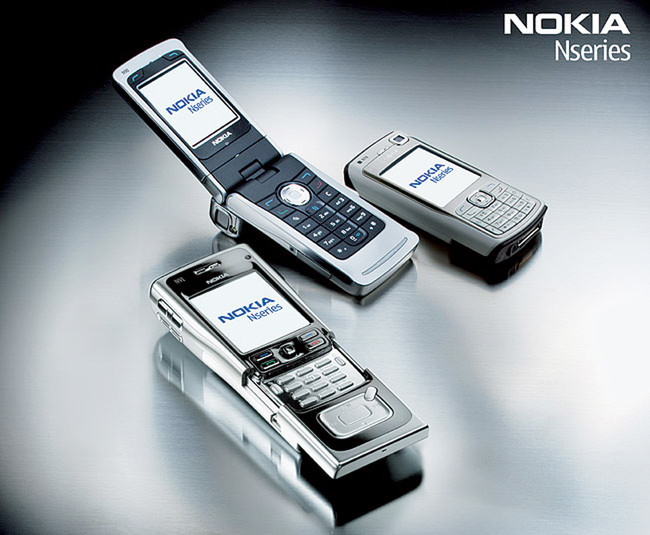 The return of Nokia in 2017 is one of the most anticipated in the mobile industry. We already saw the first fruit of this stage with the Nokia 6 and the Mobile World Congress will be the stage chosen for the presentation of the next models of the brand that, this time, is expected to reach to more regions.

In the midst of so much excitement, until it has begun to talk about Nokia would be working on reviving its flagship N-series that gave us computers so acclaimed as the Nokia N95 or the Nokia N81. However, the data that support this theory are quite confusing. We do a review of all the leaks on the return of the Nokia N series to see how much there is of true. 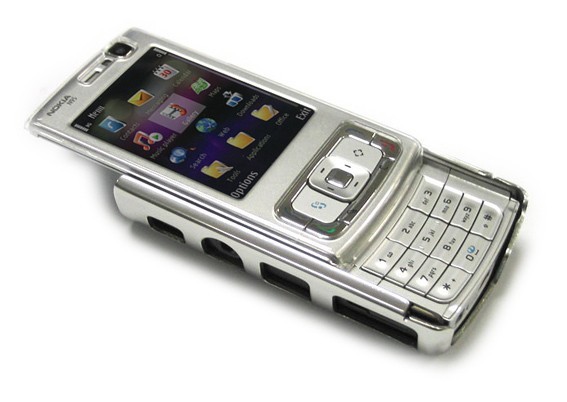 Nokia was the leading company in the mobile sector for many years, but an accumulation of circumstances and bad decisions led to the Finnish company, not only to lose his position of leader, if not you will end up out of business mobile after being absorbed by Microsoft.

But before his failure, the Nokia is a success story that gave us many devices today are considered almost legendary, and the N-series includes many of them, hence his rumored return is causing much of a stir. the Will there be a second episode for the Nokia N series?

The first indication of the existence of a new N-series of Nokia came in the last day, February 8 when it was leaked that Nokia had registered the mark ‘N Series’ in the trademark office in China, also known as the Trademark office of the State Administration for Industry and Commerce, or SAIC. 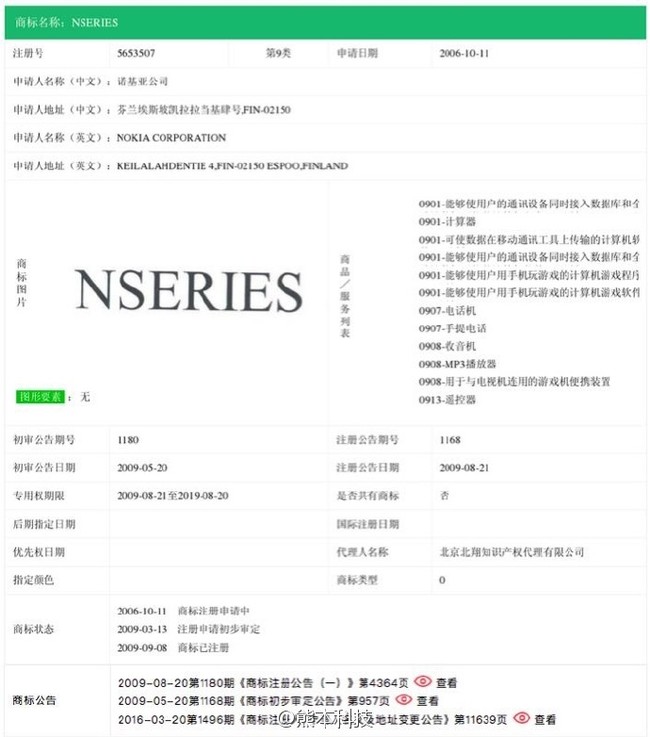 On these lines you can see an image that, according to Gizmochinashows the record made by Nokia Corporation, not HMD Global, the company responsible for the manufacture of the terminal of Nokia in this new stage.

Although many times this type of records give clues about the future plans of manufacturers, does not mean that you have registered a brand the go to market, nor does it give details about how are the terminals in question.

in Addition, in this case we have no way of verifying the information, because the press in the link that supposedly takes you to the log, it does not appear, and nor have we been able to give with him doing a search on the page.

Second track: displays an image of the possible logo N Series and there are rumors of a nokia N95

Shortly after the appearance of the course registration of the mark N Series, the middle chinese MyDrivers published more information about this mysterious range of terminals, and did so by relying on an image that would be showing the logo of N-Series. 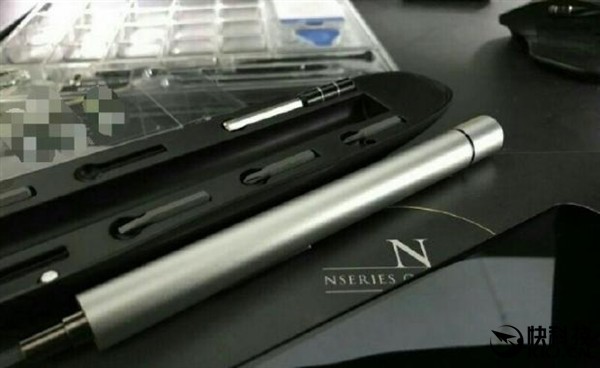 The photo in question shows a small fraction of a logo dominated by a letter N and the text ‘NSERIES’ just below, but no trace of the brand Nokia or HMD. in Addition, the text accompanying the image was not exactly conclusive: “It is said that this is a symbol of the N series after the restart”, which we could translate by “it Is said that this is the logo of the new N-series”.

Along with this image of dubious origin, also leaked various rumors about the resurrected series N. According to MyDrivers, the first model to arrive is call N95, borrowing the name directly from the mythical device. On the other hand, claimed that Nokia expects to sell at least 50 million of this series, which by the way would fit in the average range and would be processors Snapdragon 600 series. 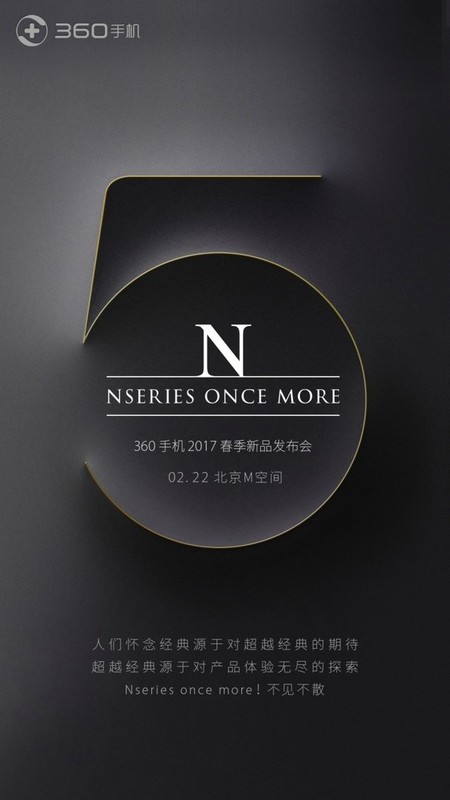 Finally, today came, it would be the invitation to the presentation event of the set N, which would be presented on the 22nd of February in China. The invitation is dominated by a 5 and the letter N, in addition to the slogan “NSeries eleven more” (The N-series, again), but if we look more closely still details that don’t fit.

we Continue to see no trace of the Nokia logo, in its place, in the upper-left corner it appears the logo of 360 Mobile, the chinese manufacturer of mobile, formerly known as Qiku. As we have seen, everything connected with the alleged N-series is quite confusing, but this detail takes the prize. 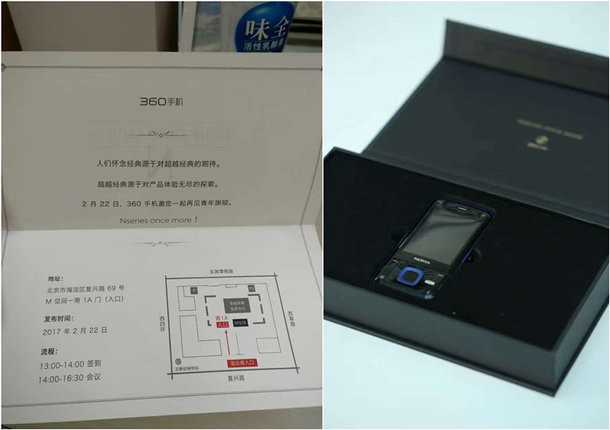 But that is not all. Along with this image, which has come from the hand of GizmoChina, has also reached another photo of the alleged invitation, which again appear the logo of 360 Mobile, and a picture of a Nokia N81 which in theory would come within the invitation.

On the blog SmartPrix they have also posted images that show what appears to be a box with the invitation on the outside and the above-mentioned Nokia N81 in the interior and, again, it still does not appear the Nokia logo by any site, that’s not to say that the photo is clearly a render. the are you Already confused? Us yes, very much so.

it should Be possibility of some kind of collaboration with 360 Mobile, but we have not been able to avoid to be skeptical: what if in reality we are looking at a device that has nothing to do with Nokia?

This is not a Nokia

it Seems that so will be and that the protagonist of the presentation would be the N5 of 360 Mobile received the approval of TENAA a few days ago, leaving in its wake images of its design and main technical specifications. 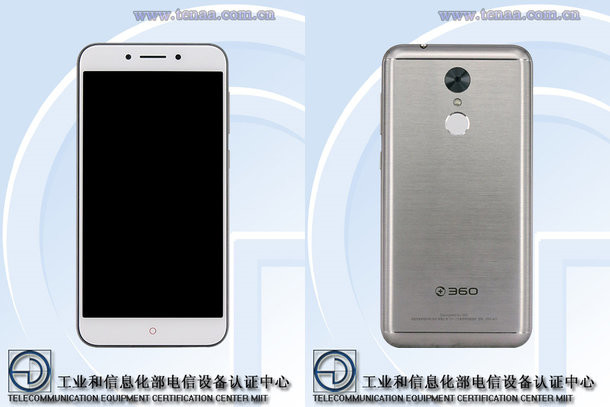 Among the features of the terminal we find a 5.5-inch display with FullHD resolution, a Snapdragon processor 653 accompanied by 6 GB of RAM and 32 GB of internal capacity expandable by MicroSD, all under the control of Android 6.0 Marshmallow.

Everything indicates that this will be the team that is present in the announced event for the 22nd of February and if anything it is clear to us is that, as evidenced by the logo on the back, the terminal of the photos has nothing of Nokia.

Returning to the question with which iniciábamos this text, the only thing certain is that the information on which it is based, this theory is very far from being considered reliable, so we do not expect that to occur the rumored resurrection of the Nokia N series.

What we do know is that Nokia will be at Mobile World Congress and Sunday 26 February at 16:30 will hold an event in which we hope to hear all the news.

If there are new mobile brand Nokia, we’ll see you in Barcelona on the 26th.

–
The news Nokia and the resurrection of the series N: how much is true? was originally published in Xataka Android by Amparo Babiloni .

Nokia and the resurrection of the series N: how much is true?
Source: english
February 13, 2017