Nova Launcher 5.5 brings you a slice of Oreo to your phone: icons adaptive, search in dock, and more 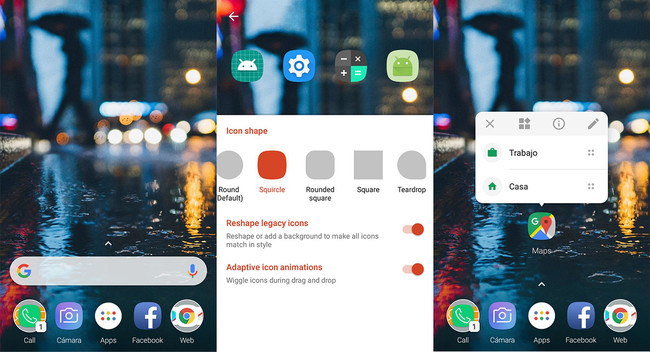 Nova Launcher reaches version 5.5 official after the satisfactory path through their betas, and what is certain is that this update comes with a good number of improvements. Most of them borrow features from the latest version of Pixel Launcher, premiered at the Google Pixel 2.

Among the changes include the support for icons with adaptive in mobile with Lollipop or higher, the style Oreo 8.1 for the Launcher shortcuts and the possibility of including the search bar on the same dock. Of course, there are bug fixes.

The icons adaptive are a good idea, though to have been introduced in Android Oreo, few people can take advantage. Luckily, the developers of Nova Launcher have found a way of porting the functionality to previous versions of Android. Specifically, Lollipop.

The first beta of Nova Launcher 5.5 already included the support and since then it has improved the integration to work with more icons. To activate it, you must go to the Settings Nova – Appearance and activate Adaptive icons. After that you can choose the way in Adaptive icon style.

For now, you can choose between forms most basic: round, circuadrado, square with rounded edges, square and teardrop. The support includes some animations while you drag the icons to change its position.

Search it in the dock

Google released the hare with the possibility that the search bar was down instead of up back in may and finally was made official in the Google Pixel 2. You explained how to achieve something similar with Nova Launcher a long time ago and now you have it more easy than ever: if you want the search down, it is as easy as pressing a button. 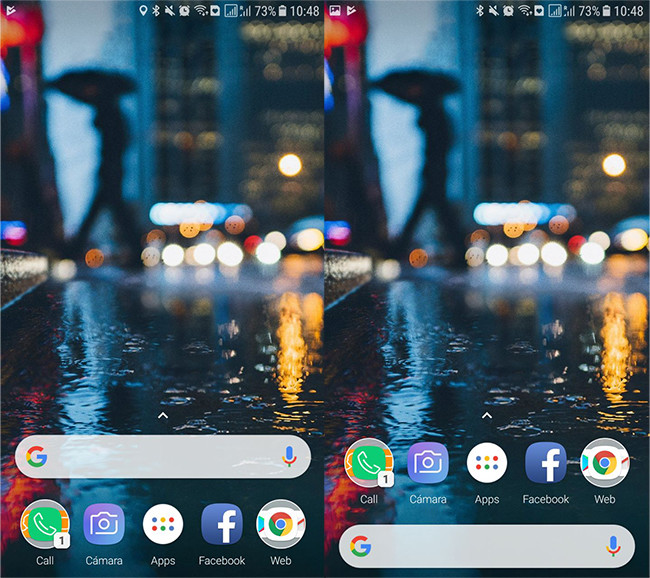 Specifically, you should go to Fit Nova – Dock – Searchbar in dock and choose from Above icons (above the icons in the dock) or Below Icons (below the icons). You lose to change, of course, is a row of icons. You can replace this bar for the other widget size 4×1 that you have installed.

The pop-up menus that display Launcher shortcuts or the options of the icon in Nova Launcher can now take the appearance of a “sandwich” of Android Oreo. You can toggle between the new style and the old man in the Settings Nova – Appearance – Popup menu style:. 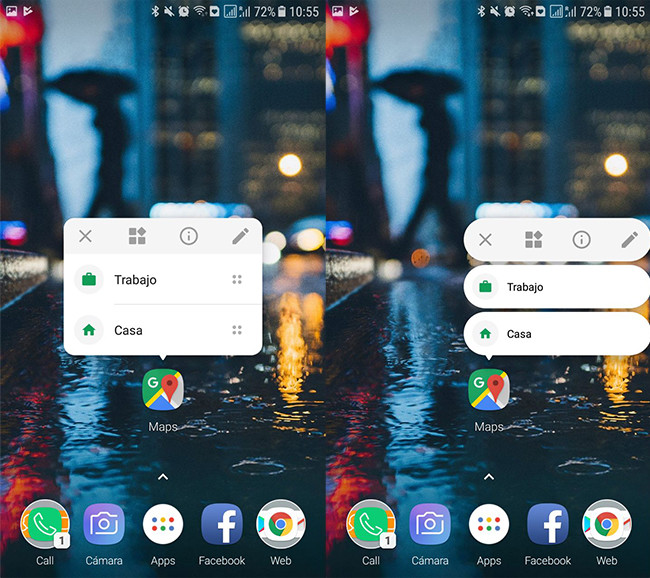 The style of Android Oreo 8.1 is called a Block and put all the options in a single sandwich, while the old style receives the name of Pills, and separates each option in its own bubble.

In Xataka Android | Action Launcher 31 carries the icons adaptive to the folders: uniformity of power

–
The news Nova Launcher 5.5 brings you a slice of Oreo to your phone: icons-adaptive, search in dock, and more was originally published in Xataka Android by Ivan Ramirez .