Phil Spencer, head of the department Xbox of Microsoft, already has an Xbox Scarlett at home with the that is what is "going from fear" according to his own words.

Phil Spencer is the ruler of the Xbox division of Microsoft and, their charge, come certain privileges such as be, probably, the first person in the world that already has a Project Scarlett in your home to be able to enjoy in the comfort of your home on the console next-gen that Microsoft will release to the market by the end of 2020.

Has been the Phil has shared the news with the community via a tweet, in which claims to be “time of fear“ with the new console, predicting that it the 2020 is going to be “an incredible year“:

“Has begun, this week I brought my console Project Scarlett home and has become my main console, playing my games, connecting with the community and yes, using my remote control Elite Series 2, time of fear. Great job team, the 2020 is going to be an amazing year“.

And it’s started….this week I brought my Project Scarlett console home and it's become my primary console, playing my games, connecting to the community and yes, using my Elite Series 2 controller, having a blast. Great work by the team, 2020 is going to be an incredible year.— Phil Spencer (@XboxP3) December 4, 2019

Remember also that Phil can play, perfectly, any game for Xbox One in Project Scarlett that it will be completely backwards compatible so it is not unlikely that you can play current titles to continue interacting with the community and, of step, to test the likely new look of the interface and other social systems that will accompany the next generation console from Microsoft.

The tweet of Phil arrives shortly after we have discovered, according to the journalist Jason Schreier, PS5 and Xbox Scarlett are similar to level hardware specifications and that both consoles are very powerful. In fact, one of the major goals of Microsoft with Scarlett is to increase the power and improve the rate of images per second systems Xbox. 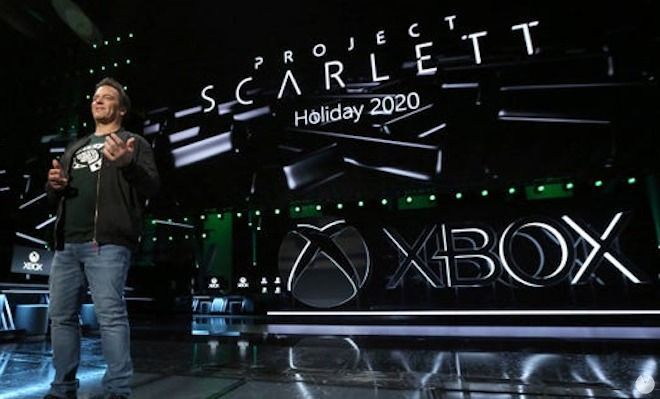