Just released Phineas and Ferb: The Day Doofenshmirtz and prepare Pirates. Treasure Hunters
Nearly 20 years of history and over seventy games support the history of Virtual Toys, one of the developers more veterans is in Spain founded by Fany Bayo (CEO of the company) and Jesus Iglesias (Creative Director) and is preparing its most ambitious with Pirates: Treasure Hunters action game with strong influence MOBA. We have visited the studio of Madrid (there are two others in Barcelona and Sweden) for the operation of the study and the process of creating their games .
working in a large room the two main development teams, which just ended Phineas and Ferb: Doofenshmirtz Day , already on sale in PS Vita, and is now at full throttle with Pirates: Treasure Hunters , due out in early 2016, initially as an exclusive game for PS4, but being prepared version PC to be launched in China and Korea
Video.

Santiago Cobo, Senior Producer Phineas and Ferb: The Day Doofenshmirtz , explains that in the case of a franchise, all material must receive the approval of Disney, from the sounds used to the artistic designs of the enemies, animations, script. Absolutely everything.

Virtual Toys is a study used to working with franchises

Virtual Toys has already on your have several sets of Disney franchises (developed Cars 2 or Muppets Movie Adventure ) so that you know how the American giant works and the approval process is fluid, says Cobo, although long because they have to review the material several departments, including the creator of the television series (which this year no longer occurs) equipment. But the producer estimated that 90 percent of the material sent is approved.
team San Sebastián de los Reyes starts with the translation of ideas contained in document design scenarios. 2D artists do considering the aesthetics of the television series Phineas and Ferb and designs are chosen pass the 3D department, where it becomes a first modeling in which the puzzles are working and mechanical to see how they work. 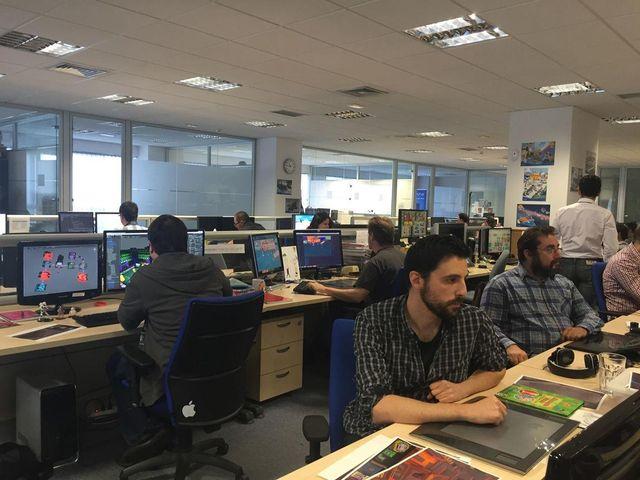 When the prototype is approved 2D artists return to work to design the smallest details and 3D department is responsible for the finishing touches. The art department is opposite to programming, so that communication between the two is fluid and fast “For unto us was occurring very crazy ideas and they have to tell us if possible”, say from the 3D design department. “Communication is very important that all departments speak,” Cobo
While reaffirming teach us how the particle effects of the weapons featured in the game, as it adds to always keep added consider the platform on which you’re working “. Particle effects are one of the things that requires more resources than the console is easy performance falls apart if too many particles,” he says, although he says that is the more grateful for the work that remains attractive.
Parallel to this process works in charge of the game interface, while the script made production equipment (and then, in this case, was altered by the writer of the series)
Phineas & Ferb. Doofenshmirtz Day is programmed with Unity “and I think we have squeezed more than you can with this game, “he said senior producer

Work on Pirates: Treasure Hunters is different because it is an own game studio rather than a license and therefore requires no external approval . Virtual Toys has spent three years working on this project game action free to play MOBA grab the camera and some features as the characters will level up in each game. 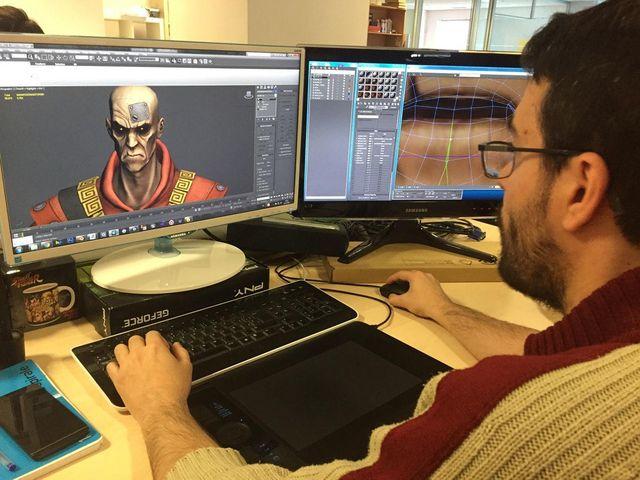 As a Virtual Toys title, they are responsible for the creative giving its approval to the designs. Julio Martinez, director of development, said they have taken great care in designing the characters, are attractive because they want the player (part of the game micropayments come from different skins ) and therefore are very detailed and very differentiated Help
that the atmosphere of the game is for pirates but with many fantastic elements. There is a certain atmosphere steampunk , some magic, and cast
Next the structure of the very basic scenarios are created and tested again and again making adjustments . necessary to check that everything works and then artists are adding technical details and effects and organizers prepare animations that will reflect the spirit of the characters
Paragraph programming Pirates: Treasure Hunters there are two teams. You work on the game itself and the other, larger, works in the back end , the servers that host the information of each player and perform the matchmaking. Martinez He explains that they want in the games the players are chosen not only based on their level of player, but his ability considering the results of their latest items, to avoid the frustration of those who enter new and experienced players play against.

Virtual Toys has its own sound studios and musical composition , and in two small rooms adjacent to the main room, so that contact with the rest of the team is simple. Have specialized in the sound of all games of Virtual audio enables you to get the best person. Phineas and Ferb: The Day Doofenshmirtz there are 1,000 different sounds and Pirates: Treasure Hunters , which is much larger there are 7,200 <. br /> 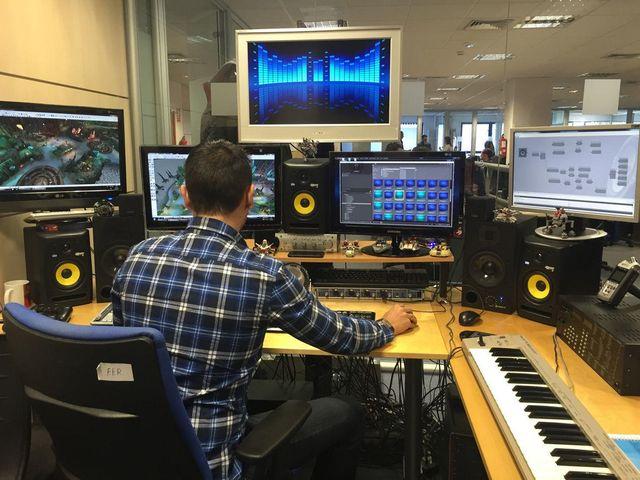 own studio also allows every sound effect is more than a part of a library that is heard in loop As the example shows a vehicle technician Pirates. Treasure Hunters the sound of the engine, idling noise gravel and metallic crackling of the car itself, combined, depending on whether you brake, accelerate or stop the vehicle are included.
Virtual Toys musician is Victor Peral (also creator of the soundtrack for the short film winner of a Goya animation “Strings”), working with a sequencer and, occasionally, with real instruments and even uses some external musical instrument he can not play and believed to be suitable. Martinez aims to have a musician in the studio allows, for example, that the melodies of the trailers have the exact duration.
The study visit for the first time it ends up seeing the PS4 version of Pirates:. Treasure Hunters which will tell in a brief impressions
Pirates: Treasure Hunters for PS4 will in early 2014 and has no plans for the time being PC release in the West. Phineas and Ferb: The Day Doofenshmirtz to PSVita is already on sale 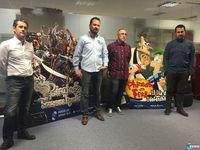 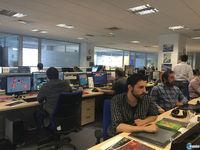 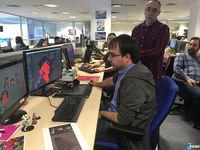 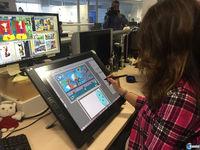 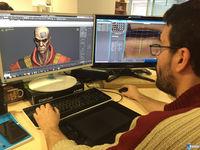 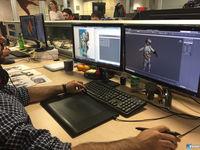 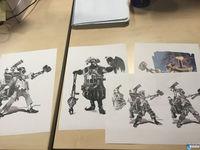 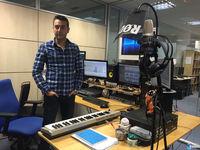 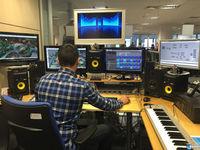 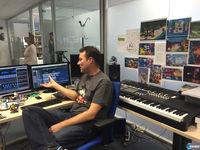