So it would be the Huawei P40, according to their latest leaked images

there Still remain some months so that we can know the upcoming Huawei P40, if it complies with the tradition of the last few generations, it should get converted in a couple: the Huawei P40 as a model “normal” and the Huawei P40 Pro as a top model and with some advantages as his brother. And as also dictated by the traditions, the Huawei P40 takes time to be filtered.

the last few weeks that we have been knowing several of its characteristics in advance, and not official, as it will not be confirmed until it is the manufacturer himself who put them on the table, something that will in Paris in the month of march. But now, we have witnessed the arrival of leaked images with fairly good quality and leave little of its design to the imagination. is So is, supposedly, the Huawei P40 and this is what is shown in the photographs to be filtered.

So it would be the Huawei P40 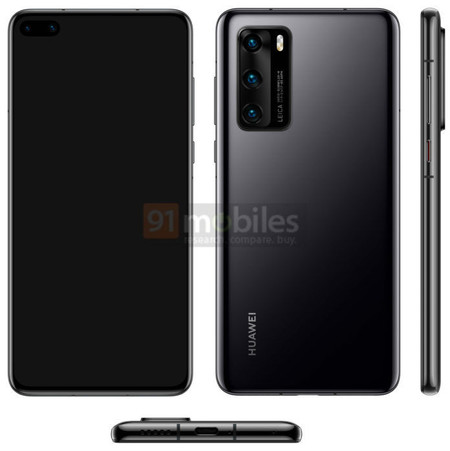 we Can start this analysis of its design and features, the front part of the phone, and there you can see that the Huawei P40 will be holding two cameras front located in a hole on the screen. Perforated Panel for the Huawei P40, and we assume that the design will be repeated in the Huawei P40 Pro although this is still more information to come.

To have the perforation in the screen, the Huawei P40 will not be just a mark, nor a notch cut the panel at one of its ends. Leaks previous we know that the screen is should move around the 6.1 and 6.2 inches, be an AMOLED, and that the front-facing cameras should be a super-wide-angle lens and a wide angle standard. Although Huawei could surprise us with a TOF 3D front for facial recognition and reading of depth.

In the leaked images shows that the phone has the buttons on the right side, with the two volume located above the power button. An analysis of the contour attached to the filtered image to its bottom part makes you think that we will not have headphone jack in the Huawei P40. Again, we assume that it will also be so in the Huawei P40 Pro superior.

In the bottom of the phone, you can see the USB port on C to upload and transfer files (and also for the audio output wired if you have a headset adapted or a converter), and a speaker located to the right of the port. Everything makes indicate that the remaining frames are clean except for the tray of the microSD, whose situation is not clear. 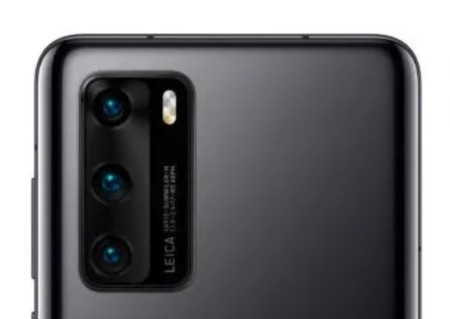 this is how the sensors TOF 3D for photography, the new weapon mobile in portraits and facial recognition

turning to the phone we found a camera module triple in the upper left corner of the phone. Three sensors placed in the vertical that should be a wide-angle lens, a super wide-angle and a TOF sensor 3D, although the possibility of including optical zoom is always on the table. Coupled to the sensors, a dual LED flash, and the screen printing of the features of the cameras. Although the latter is not visible in the pictures.

the rest of The phone is clean except for the brand of Huawei at the lower-right corner, so it follows that the fingerprint reader will be located under the screen. Little more can be said about this Huawei P40 filtration beyond that the camera module seems to stick out about two millimeters from the body, and that it “confirms” that we will have a model in black or dark grey, if the lighting is not us plays a bad pass.

–
The news So it would be the Huawei P40, according to their latest leaked images was originally published in Xataka Android by Samuel Fernandez .