Sorry, Olivares, you have the patent on time travel And he unleashed the beast. Well, he had unleashed in May when we learned that NBC went ahead with ‘ Timeless ‘, its new series in which a team runs last US preventing changed. But it was with the announcement of your emisión Movistar Series Xtra in October when fans, blogs and the same Javier Olivares have risen shouting “plagiarism!” to their similarities with ‘The Ministry of Time’.

The creator of the temporal drama patrio did not hesitate to bomb their social networks retuits and messages in this regard. We all know the character of Javier Olivares regarding criticism of its series is a great creator, that is undeniable, but does not fit the negative reviews and believe they have invented gunpowder, or in this case, the trip time <. ! - more ->

they say I talk about the similarities of MdT and Timeless. It seems they have not read many blogs and media say exactly that to see trailer

All this at a broad month in US release in a series whose pilot episode have seen only a handful of people (mainly chain executives around the world and, I imagine, occasional critic). So already we are judging a series no longer for its first episode but by its trailer . Until we see the pilot on October 4 (3 US) can not judge whether or not plagiarism. Already in the first tonteos literature with science fiction starts talking about ucronías or alternative histories: in Spain, Nilo María Fabra (co-founder of what would become the Efe Agency) published in the nineteenth century ‘ Four centuries of good governance ‘, or how it would have been Spain in the hypothetical case that Miguel da Paz, grandson of the Catholic Monarchs, had survived the turn of the century (he died in 1500) and it be proclaimed king.

since HG Wells and his ‘ The Time Machine ‘ inaugurase officially gender of time, one of the most common themes in the operating time is the opportunity to change the past and paradoxes that entails. Verily in ‘The Flash’ is played with the ability to change the past of Barry Allen, Kang and his “alter egos” around the time giving nightmares to Avengers and Fantastic 4 in comics … and we have examples to bore both comics as in movies, books and of course television. 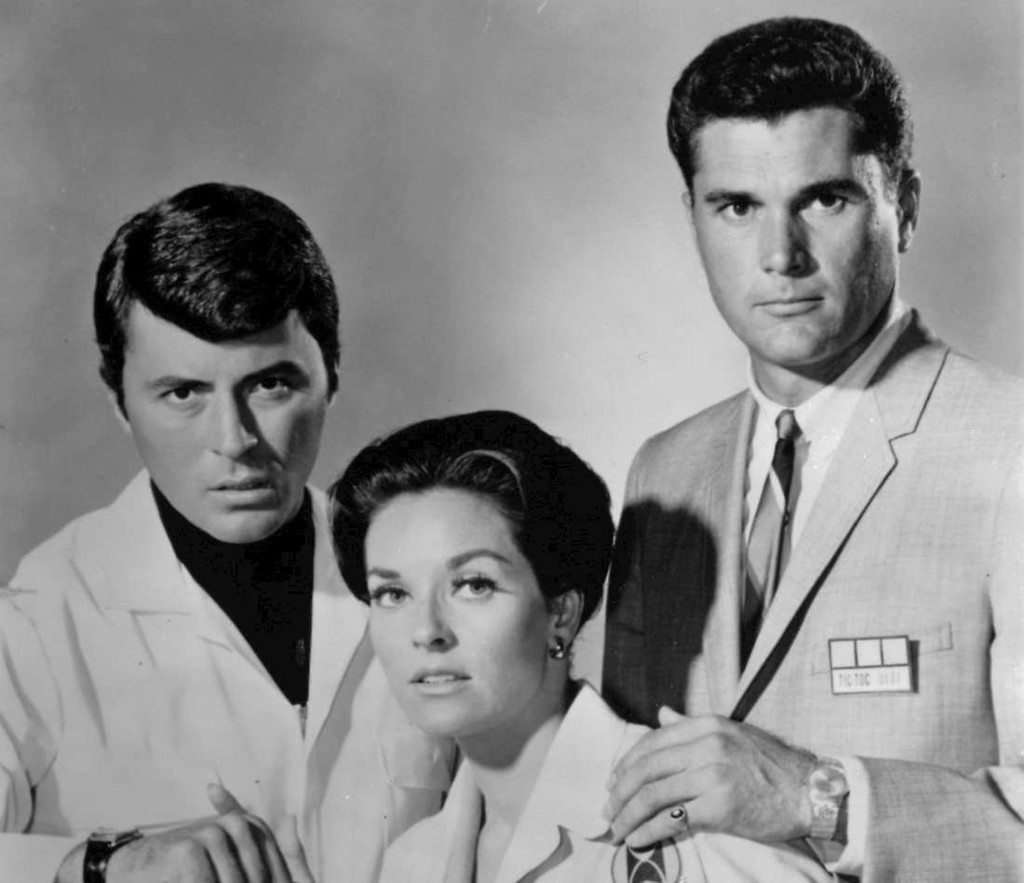 Removing ‘Doctor Who’, perhaps the televising precedent greater than “change the past” we have a small number of ABC 60s called ‘ The Time Tunnel ‘in which two scientists are trapped in the past after crossing the time tunnel, ultra-secret government project US.

After trying to prevent, unsuccessfully, the Titanic disaster doctors Douglas Phillips (Robert Colbert) and Anthony Newman (James Darren) will drifter time at the whim of the machine trying not to change the course of history . The series only had a season thirty episodes , ending in April 1967.

‘The Ministry of Time’

Excerpted from an article on the failed project to revive Doctor Who in 2001. Ehm … GO MATCHES EH. pic.twitter.com/BLnH29jTU0

Back in early last century Mark Gatiss he had a great thorn: return to Doctor Who television. English writer, one of the usual British fiction worked for several years in the ‘Project-X’, later called ‘ The Ministry of Time ‘, a series of low-budget BBC Two as a sort of “plan B” to see his version of Doctor did not go ahead.

Blake Ritson ( ‘Da Vinci’s Demons’) portrayed Lee Walters accidentally recruited by the Ministry of Time. Under the guidance of the agent Verity field (Julia Davis), you will know this operating charge of regulate all matters concerning the time and travel for the same: a car at an archaeological site, Jack the Ripper swarming or door to the 50 were some of the elements that Walters was.

Although came to the reading of script with the protagonists, never came rolling due to budget and the imminent arrival of ‘Doctor Who’ of Russell T. Davies. Obviously between ‘Timeless’ and ‘the Ministry of Time’ there are similarities, that is undeniable, as there are also dozens of series … and even more works they are not science fiction. In the television industry with thousands of different productions a year worldwide (already are several hundred in the US), it is difficult not resemble two series. Like it or not fiction based on formulas established : It is taken from here, from there, a potpourri et voila is done.

On television there are highly similar series. Or if not how many there are police series starring a couple, police one member and the other not? Moreover, what series are carried out by a trio? Mismamente from ‘Arrow’ with Oliver / Felicity / Diggle or ‘Supergirl’ with her sister and Hank, ‘Ash vs Evil Dead’, ‘Preacher’ … and the list goes on. How many series have wanted to be the new ‘The Simpsons’ or’ Friends’ using very recognizable elements from its predecessors?

Javier Olivares acknowledges his influences (and his brother Paul) when creating ‘ the Ministry of Time ‘:’ Doctor Who ‘,’ Torchwood ‘,’ the Anubis gates’ etc … but when it touches other people’s things like yours is much more intransigent and jealous and territorial . Why in the case of ‘The Ministry of time’ they are tributes and references and in the ‘Timeless’ blatant plagiarism?

No, sorry, Olivares, has not invented nowhere . You’ve just given a very attractive way to preexisting things.

‘The ministry of time’, bravo, bravo bravo and again

‘The Ministry of Time’ and winks to the viewer

–
the news Sorry, Olivares, you have the patent on time travel was originally published in Tele Go by Albertini .