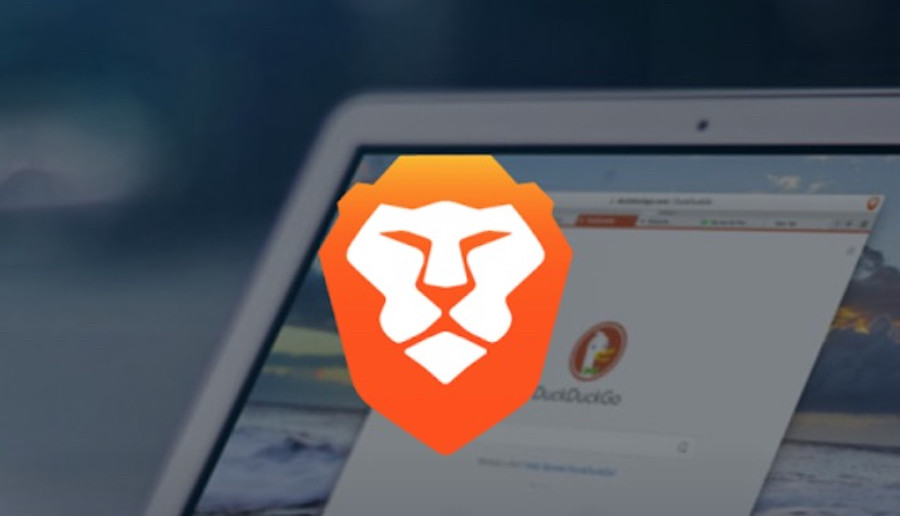 Brave is one of those popular browsers ultralight that are available for Android. The case of Brave it is curious because it is cross-platform, it was created by the ex-CEO of Mozilla and is centered in the privacy of the user. in Addition to this, one of the reasons for its popularity is the inclusion of a adblock pre-installed, and HTTPS Everywhere.

Now, this open-source browser has been updated for Android adding few corrections, performance improvements, and a small function that will be very useful for users of Youtube. Other browsers such as Mozilla or specialized applications such as NewPipe already offer something similar, but taking into account the good work of this browser and the simplicity of use of the trick, we believe it may be interesting to at least try and know that sooner or later will end up coming to Chrome and the official application.

How to activate the playback in the background 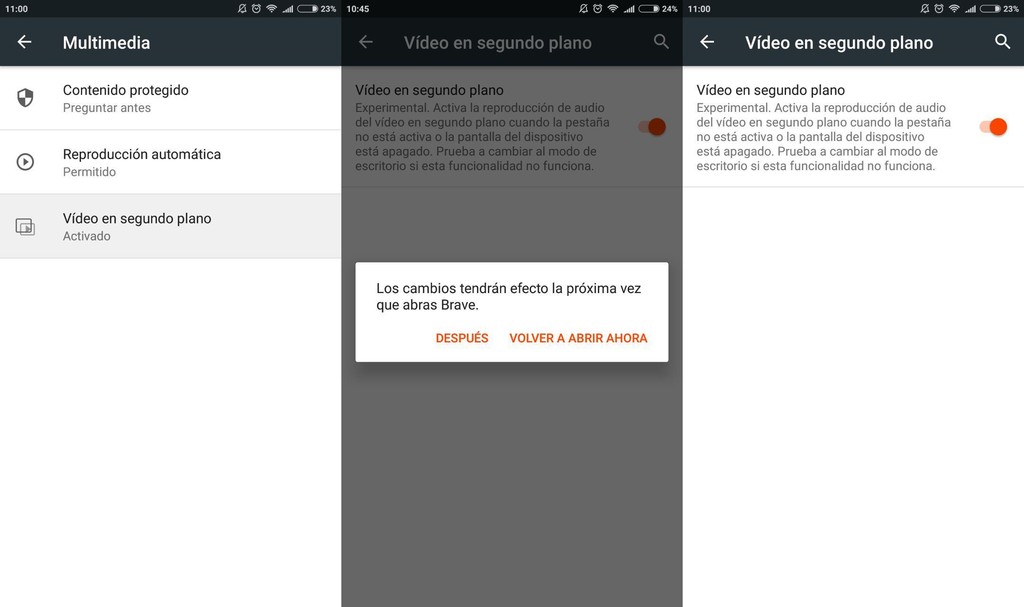 The function that has been added in the latest version of Brave is being able to play a Youtube video in the background to listen to your sound even though we may be open other applications. It is perfect to listen to in the background of these reviews, or long, simply convert Youtube into a music software. You choose the playlist of Youtube videos and these will be listening to you as if it were an application of music to the style of Spotify or Play Music.

Google Currently does not allow this because they want to empower you with the alternatives of payment such as Youtube Network, but it is a service that continues to be very limited. To get the standard Youtube have playing in the background, comes this update of the Brave.

you Should go to Settings > web site Setting > Media > Video background and enable the option marked as experimental, but that really works without problems. 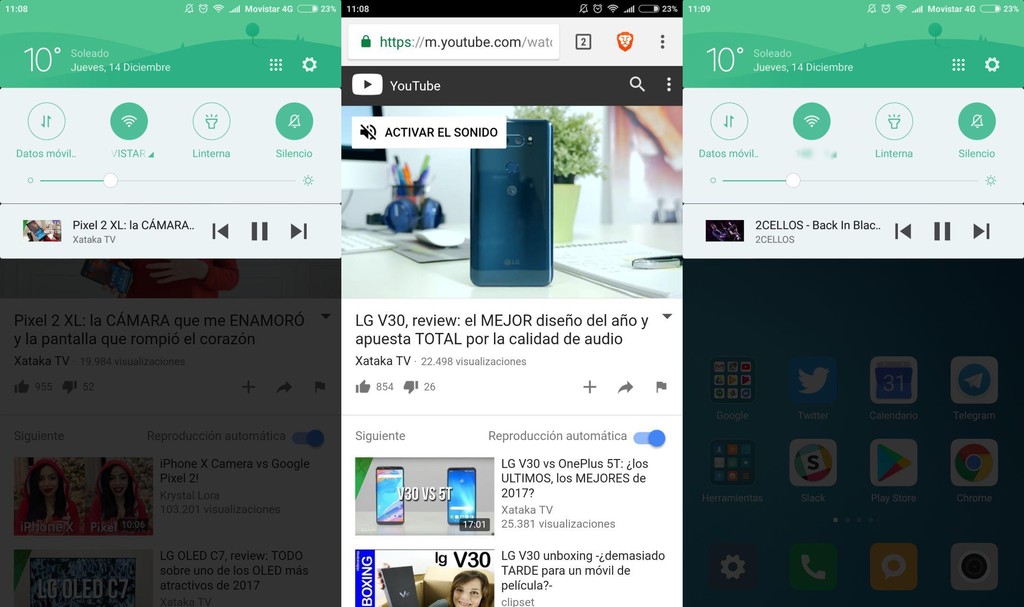 once you have restarted the browser should simply go to Youtube, and will appear in the tab “Enable the sound”. Pressing the video is displayed in the notification bar, and from then even though you leave the app, open WhatsApp or any other thing the sound will continue to play without cut.

Brave thus becomes another of the various alternatives that exist on Android to play the sound from Youtube on in the background, an option so basic that years after we are still missing why it isn’t working by default as well.

–
The news The navigator Brave becomes a new way to listen to Youtube videos in the background was originally published in Xataka Android by Enrique Perez .