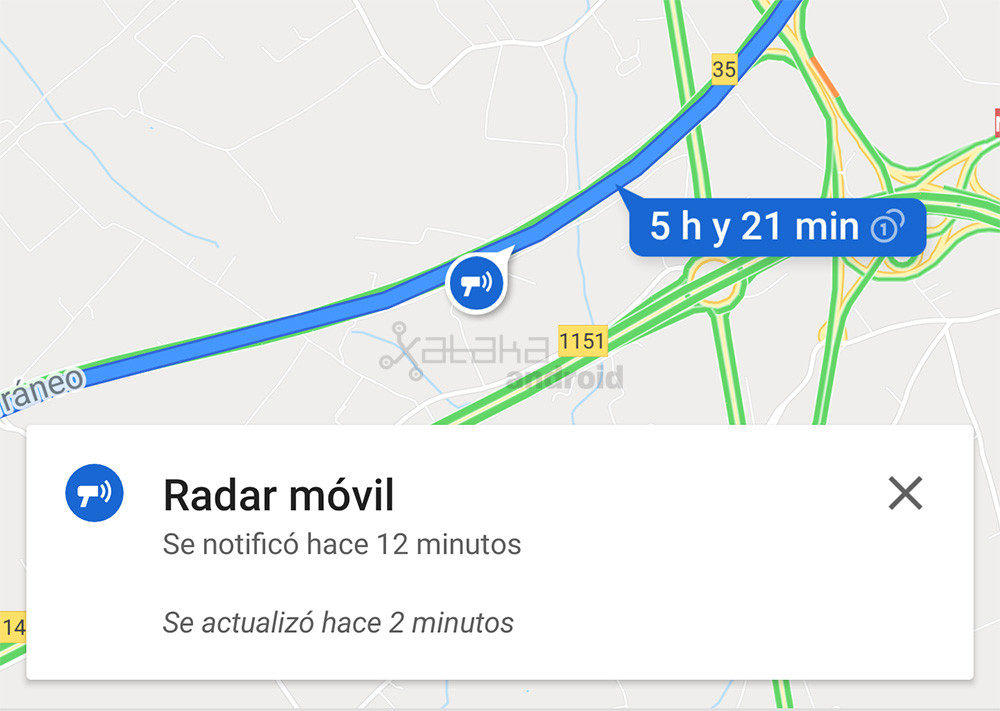 After several months of waiting, the application Google Maps for Android devices has finally begun to show the existence of radars in Spain.

Google has begun to enable this new feature in a phased manner in our country, so that it is possible that until a few days did not receive the notice of radars in Spain. But this is not the only novelty, we also find a novelty inherited from Waze: the report traffic incidents. 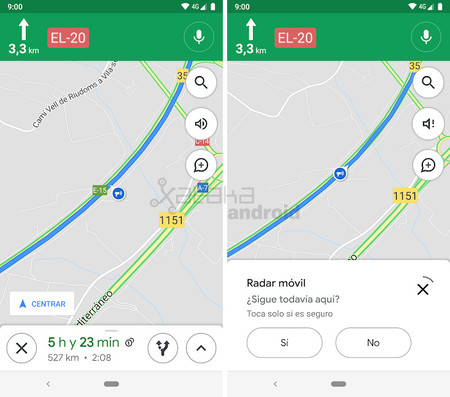 Now when we calculate a route we will see in the course of the existence of radar, both fixed and mobile, which have been reported by users. Google Maps will show us the time of the last update of a radar, and if we are driving, if you are still there, the speed camera. In yellow show the fixed speed cameras and in blue color the mobile radars. 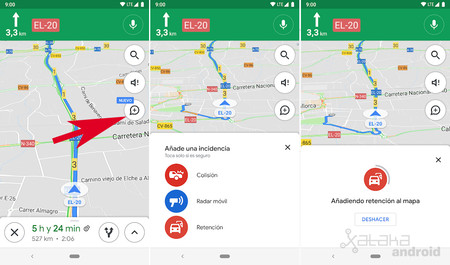 Following in the footsteps of Waze, Google Maps allows you to add traffic incidents through the new button with the warning icon that appears below the search options and indications.

There we can warn the rest of the drivers in the presence of an accident (collision), a retention or a mobile radar. Our notice will be visible on the map and the rest of the users will be able to confirm whether this incident or radar continues to be there or not.

Google Maps Snake: so you’ll be able to play this new version of the snake on your mobile

–
The news The radar of Google Maps come to Spain together with the report of incidents of traffic Waze was originally published in Xataka Android by Cosmos .

The radar of Google Maps come to Spain together with the report of incidents of traffic Waze
Source: english
May 21, 2019