The reunion of ‘Battlestar Galactica’ leaves us great moments: “not even Blade Runner was so well done” 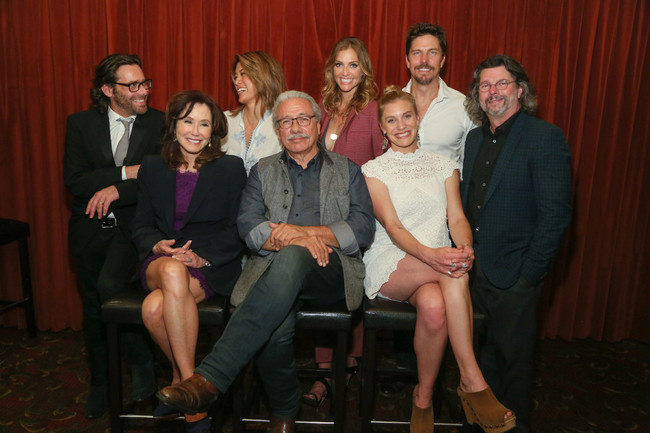 ‘Battlestar Galactica‘ is one of the series most critically acclaimed thus far this century XXI. In 2017, twelve years after its premiere -or fourteen if we take as such the miniseries of 2003 – and the ATX TV Festival had the brilliant idea of bringing together the main stakeholders to a panel on the participation of its creator, Ronald D. Moore and actors Edward James Olmos, Mary McDonnell, Katee Sackhoff, James Callis, Tricia Helfer, Grace Park and Michael Trucco.

During the same there was an occasion to review a multitude of anecdotes about this remake of the series of the late 70. One of the highlights was to see Olmos, noting that he rejected the series without even reading the script, but then I did and was hooked. In addition, then do not hesitate to try the series taken as referring to ‘Blade Runner’, a tape in which he himself participated in their time. Yes, then dipped it in the comparison between the two with an answer that will surprise you:

not even ‘Blade Runner’ was so well done, because the story was very deep. 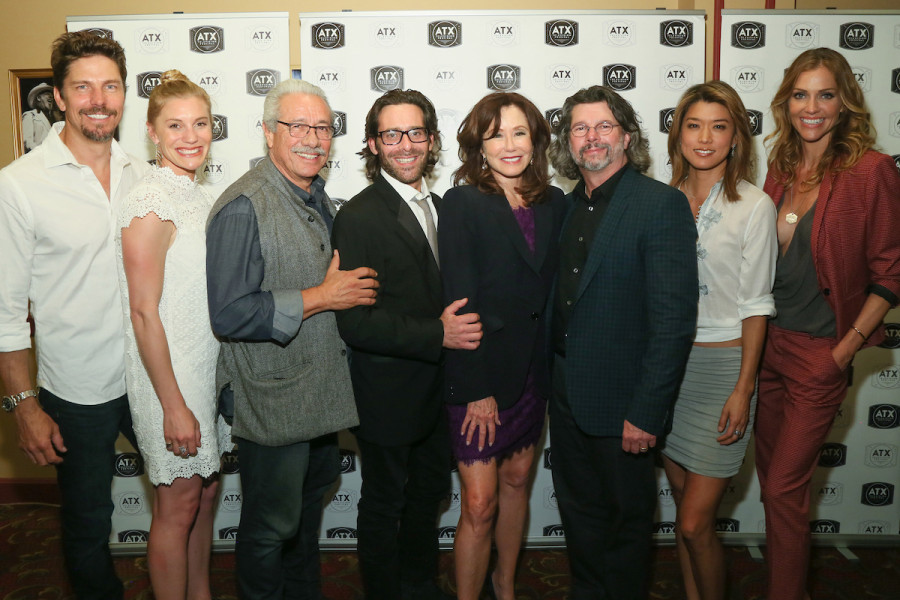 More difficult to have some of his castmates, since the process of casting was long and demanding. Sackhoff recalls: “I Think I did six or seven auditions. During the process I cut my hair and I took off my heels because I thought Starbuck I would not use“. For its part, Callis laments that the process to become president is not so demanding in a clear allusion to the current commanded Donald Trump…

Less happy was in his time Park after such an arduous process, because she had not made the evidence for the role of Boomer. However, the more juicy it is the story starring Sackhoff, because during the casting connected to see what that felt by the fans about the character. Just one hour was required to take the following decision: “fuck them.“. Recall that Starbuck was a man in the original series well into the thirties, and she a woman that just exceeded the twenty… 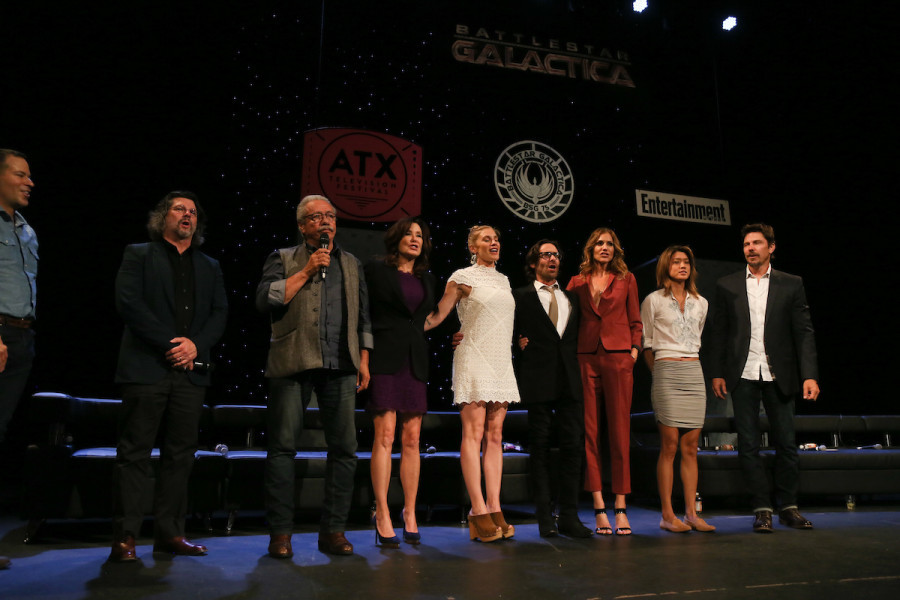 The fans in attendance did not hesitate to ask about the extent to which the actors resemble the characters that they interpret. The consensus was total time point-to Olmos, with Moore explaining it in the best possible way: “Eddie is the admiral and admiral is Eddie“. For his part, he remembers that he was left to handle the character as he wanted to when he had a nervous breakdown and it had a great reception:

I Remember getting calls from military leaders thanking me. They had never been able to see yourself as you are until I saw me. They could not let anyone know that they had nervous breakdowns because they were in the army. That is what they did.

How would the series be made today, and the best moments 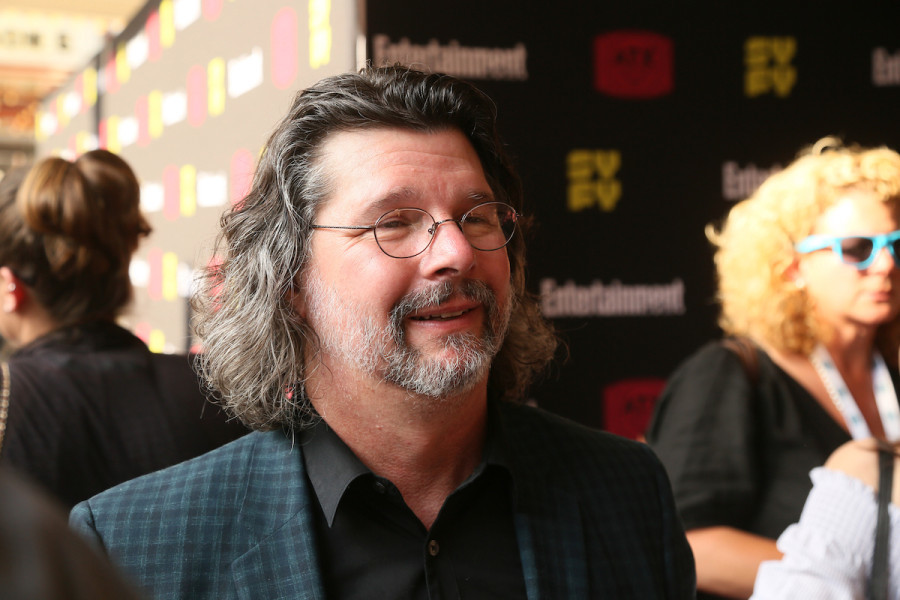 Another interesting detail was the reflection of Moore on how would the series be made today, as one of the bases of the same was the weather existing after the terrorist attacks of 11 September. However, what is surprising is that it did not believe that the content would change much, pointing out that yes you are sure you would do it another way:

If you look in the first season is fairly episodic. At that time there was no way to catch up with a number. Today we would completely serialized. 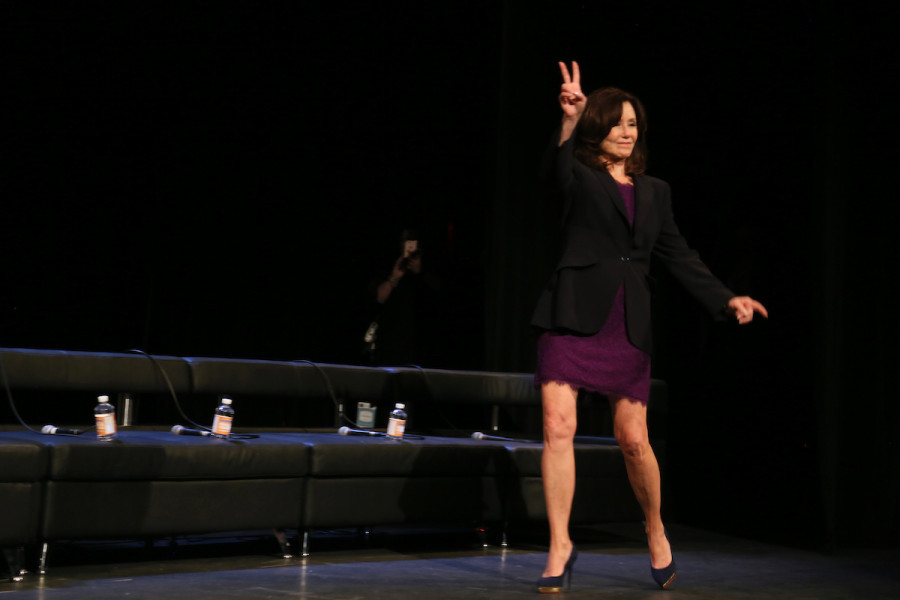 there was Also space to remember their favorite moments, highlighting that almost all of them the mythical scene of So Say We All, although the most significant was a scene between McDonnell and Sackhoff in the could not help but be laughing for nearly four hours, and that without that scene were comical. Or even go separately to calm down was enough. McDonell recalls that almost got fired for it and also that from then on did not have many scenes together…

In fact, that was not the only thing that made him a hard time Sackhoff, as they panicked after their first visit to the Viper and was left without knowing what to say, so was left with no choice other than to do the following: 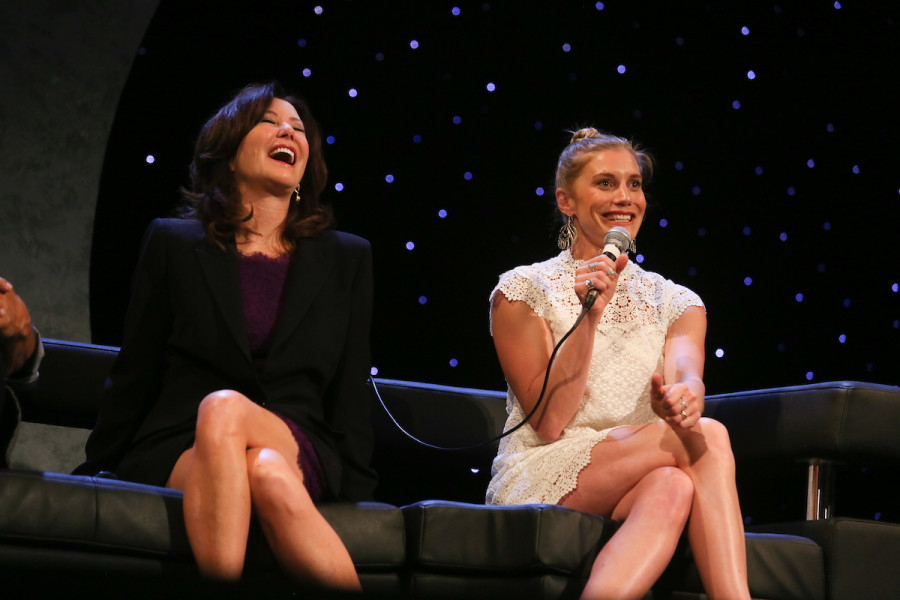 As is logical, also go into detail that those who have not seen the series should be overlooked. Above all it highlights the moment in which Moore recalled that he did after deciding that I was going to kill Starbuck, but also that Sackhoff would later return to the series in a different way. Yes, asked him to not tell anyone and today appreciates this decision:

it Was one of the things that are more stupid than David Eick and I did.

Remember that the people began to get impatient and thought that everything was working, but the thing he learned that Olmos was pissed off and saying that this was the death of the series. What happened then? That Sackhoff knew that if I said it to him, he will tell all the others, so that was exactly what he did. In fact, he commented to the other during a photo shoot for Maxim.

PS: surely I’m not the only one who now feels a great urge to re-watch ‘Battlestar Galactica’, right?

The NBC seeks to its 'Harry Potter'

'Caprica' back in October and it 'Sanctuary' again the Friday

–
The news The reunion of ‘Battlestar Galactica’ leaves us great moments: “not even Blade Runner was so well-done” was originally published in Go Tele by Mikel Zorrilla .

The reunion of ‘Battlestar Galactica’ leaves us great moments: “not even Blade Runner was so well done”
Source: english
June 11, 2017