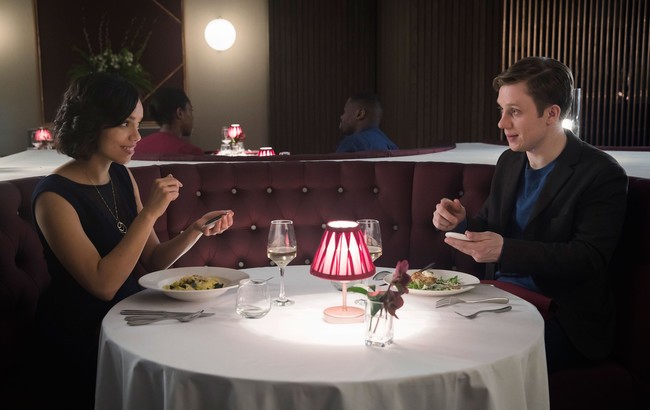 “If you’ve already finished the fourth season, don’t despair, Black Mirror continues out there“. Netflix Spain has surprised us today with a fantastic video quite possibly the best trailer of the series of science-fiction created by Charlie Brooker. Combining real images with scenes from the series, the promo conveys a disturbing message: we are about to live in the world dystopia ‘Black Mirror’.

of Course, even scientists do not know how to play back memories or to transfer the mind of an individual to a device, but they are laying the foundation. On the other hand, one of the episodes most shocking of the fourth season revolves around the risk of to create smart machines, and if you’ve seen the robots Boston Dynamics you sense a shiver thinking about how close we are to that nightmare that James Cameron was baptized as ‘Terminator’ reality…

I recently had the opportunity to see the last episode of season 4, ‘Black Museum’, and although it kept me entertained and scenes, very powerful (the first segment is an excellent horror story), I had the feeling that does not offer anything new; even the final turn I found it predictable, despite the traps to try to hide it (the initial stretch does not fit with the outcome, it is a deception of the viewer).

And I thought I, or Charlie Brooker has run out of ideas, and since you can only recycle what worked before, or this series needs less episodes and more time to his creation, that is to say, does not benefit the current format that is on Netflix. As I have said about ‘Black Museum’, the series is good, engaging and always leaves some memorable moments, but perhaps it is time to take a break because I think that the best episodes are still those that were made before getting to Netflix. What do you think?

on the other hand, Netflix has also filed today a video with scenes of the shooting and statements from the makers of ‘Black Mirror’, an making of that without doubt will appeal to fans of this series, and I recommend it despite everything:

All the episodes of 'Black Mirror' ordered from worst to best

–
The news we’re one step away from living in the reality dystopian ‘Black Mirror’ and this video is proof was originally published in Espinof by Juan Luis Caviaro .