YouTube already has incognito mode on Android: how it works and what it is for 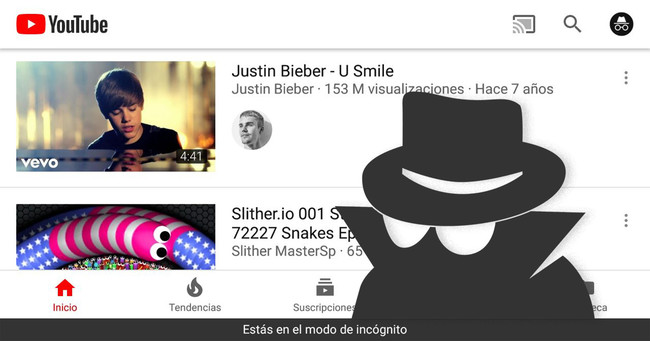 we Knew that YouTube was going to include an incognito mode since January, but with Google you never know how long it can take to spread a novelty to all users. After that it started getting in may, seems that incognito mode YouTube is now reaching the vast majority of Android users.

What we have been able to prove, in the end, and we’ll let you how to use, what you can do with this new incognito mode and what the difference is between watching videos normally or with this mode enabled. By the way, the dark mode, for now, no trace. 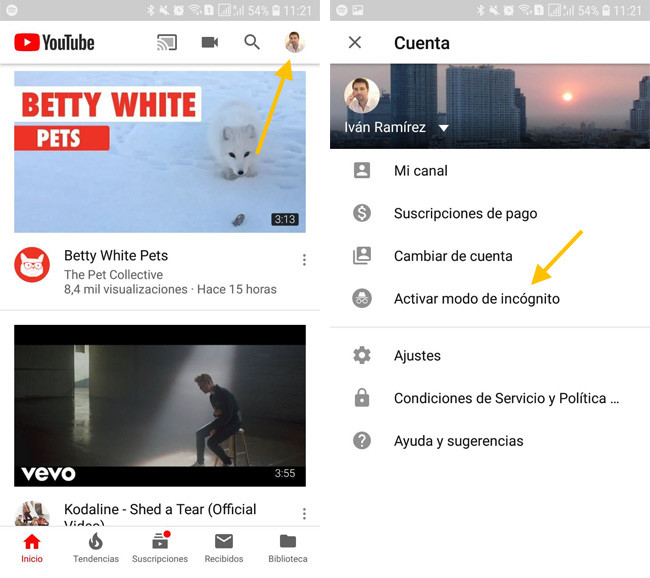 Activate the new incognito mode on YouTube does not have any difficulty. First, tap on your profile photo in the top right corner and then tap on Enable incognito mode, in the menu. If you do not see this option yet, I’m afraid that the rollout not yet you will have arrived. Patience, as it should not take much more. 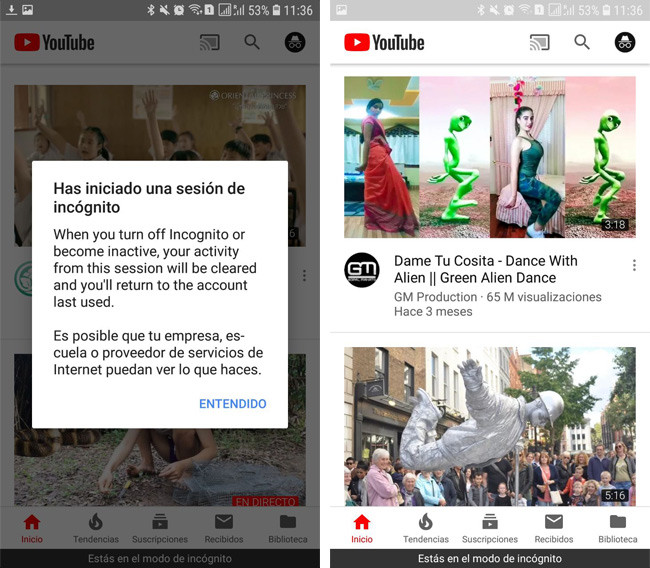 Said and done. The first time you activate the incognito mode you get a warning window letting you know the benefits and the limitations of incognito mode. Interestingly, it seems that Google has only had time by now to translate to Spanish one of the paragraphs. Press Understood and you can already use YouTube on incognito mode.

what is the incognito mode-YouTube

If you’ve ever used the incognito mode in any other application as in a browser, you probably already you get an idea of what it is for the YouTube, although this case is slightly different because it is a video service instead of a browser. In any case, it is the same concept that the incognito mode of Google Chrome. 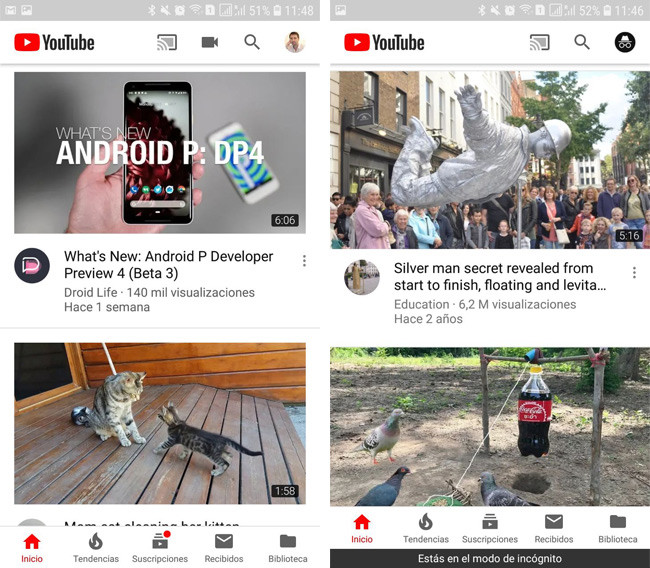 No incognito mode: Android and kittens. With him: videos random.

One important change is that the incognito mode is takes you out of your bubble, so that the video recommendations are generic and, all told, a bit of the worst of YouTube. is The Startup tab behaves a bit like the Trends, but with less filter and videos of all kinds. The tab Trends, in fact, offers a selection of videos of higher quality. The rest of tabs (Subscriptions, Received, and Library) to display nothing in the incognito mode. 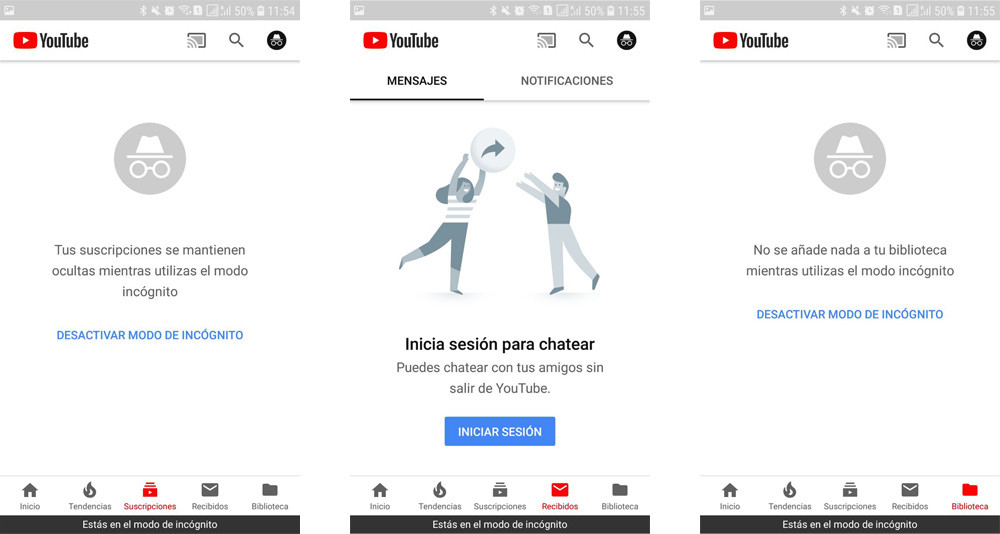 These three tabs do not show anything in incognito mode

however, the most important of incognito mode is that you can watch videos, and YouTube will not remember that thou hast seen, so that will not be used to build the recommendations that you will see in the following months. What has happened to you any time you saw a video of something out of curiosity and since then YouTube to suggest related videos? The solution is to use the incognito mode. 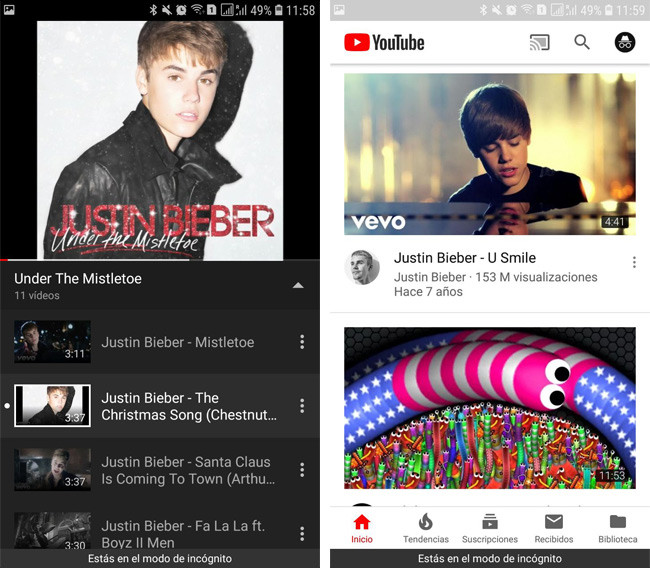 to Disable the incognito mode YouTube supposed to make the opposite journey that you took to activate it. Tap on the profile picture (that is now the man incognito), and then tap Disable incognito mode in the menu. YouTube specifies that the incognito mode is deactivated by itself after a certain period of inactivity, although it is not specified how much time.

As always, remember that incognito mode only serves to not store the videos you see on YouTube on your history, and do not use your account to customize the recommendations. the Any administrator of your network of work / school could still know what videos you’re watching.

–
The news YouTube already has incognito mode on Android: how it works and what it does was originally published in Xataka Android by Ivan Ramirez .

YouTube already has incognito mode on Android: how it works and what it is for
Source: english
July 10, 2018