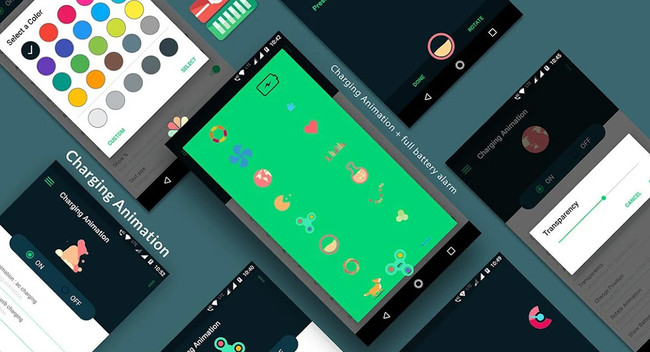 What happens when you connect your mobile to the current to load? What’s more normal is that you hear a sound, the battery icon change to include a plug… and little more. If you want to give something more than a friend to liven up the charging of your mobile, you need Battery Charging Animation.

This free add a small animation (many designs available) during loading. The utility is limited, except to make you happy seeing mario run or a perrete walking while your phone is charging, but it is a novel of customize your mobile phone.

A picture is worth a thousand words, and a video is worth more than a lot of images. In the following video you can see the Battery Charging Animation in operation, as well as several of the animations in the operation.

The concept itself is simple. When the mobile is charging, it displays an animation overlay to the display, as long as you continue to use. That is to say, if the screen is off, off is left.

by default, the animation appears in the bottom of the screen, and to a very small size, although since the settings of Battery Charging Animation, you can change the size, position, opacity and rotation. Come on, you can put the animation basically wherever you want. 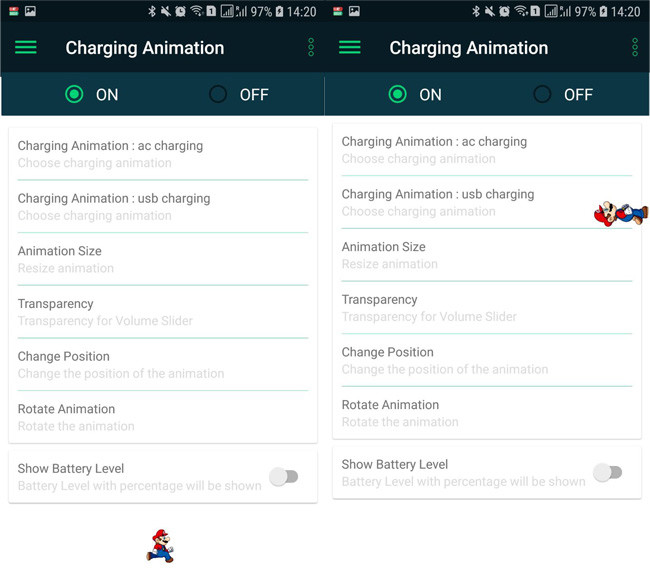 Put Mario where you want

For the rest there is not much more that you can do a Charging Animation except to enable or disable the animation or choose the animation itself. For now, the application has 42 animations varied that you can see below. Well, here are inanimate, but you get the idea. You can choose an animation different to the connection with the charger and a USB (to the PC, for example). 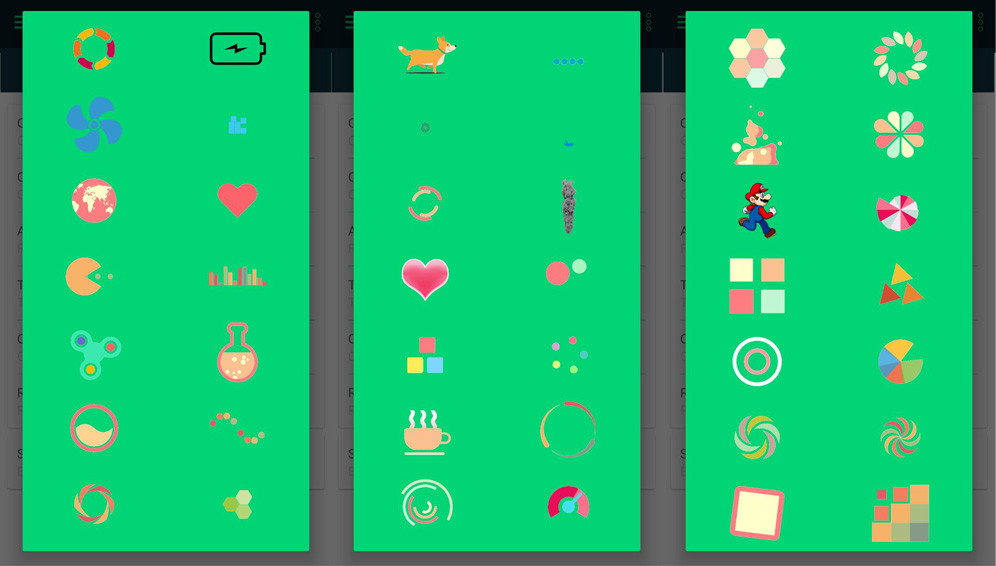 Battery Charging Animation is published in Google Play, although there it appears as a payment application, by 0,59 euros. However, you can do with it free on XDA Developers, in your portal downloads XDA Labs. The only thing you need to do is make an account on XDA, which is also free.

–
The news Adds fun animations to load on your Android with Battery Charging Animation was originally published in Xataka Android by Ivan Ramirez .