Aurora Store, as an alternative to the Play Store to download applications without Google services 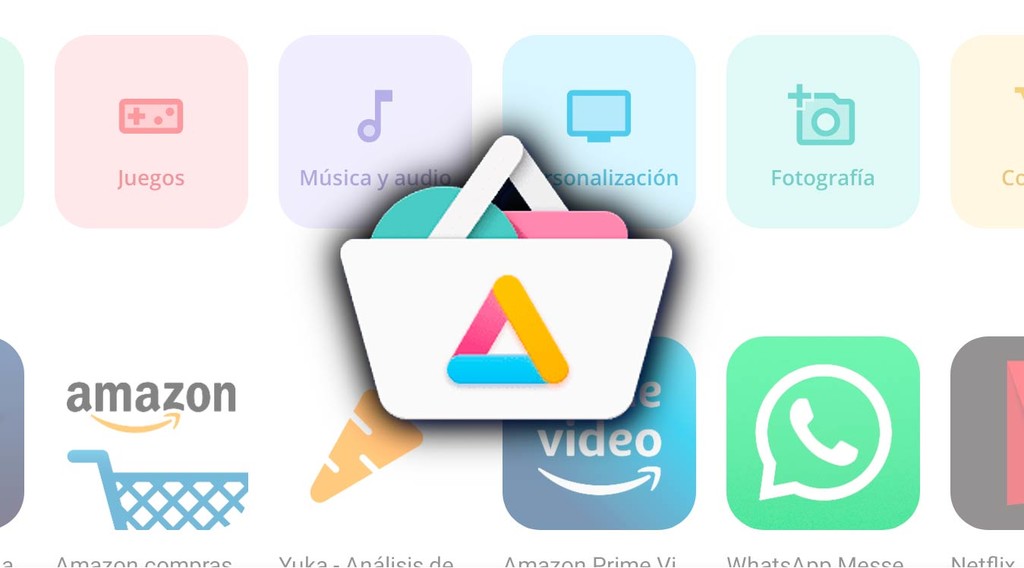 Enter the Google Play and download any application is a gesture that is super easy for anyone that has a Android, certified by Google. Now, the thing is complicated in the case of lack of the services of the company; either by having installed a ROM without them, or by purchase a mobile phone like the Huawei Mate 30, for example. Yes, don’t despair: there are always solutions.

There are many alternatives to Google Play Store. Usually, it is quite easy to access to any app, but also carries its risks. Apks are not safe, stores that border on piracy or do not have all the catalog that owns the official store of Google, for example. And a good solution is to Aurora Store, a great alternative to Google Play which offers a simple way of accessing the store of Android without many of the drawbacks that they bring in added the Play Services.

Download apps from the Play Store without Play Store 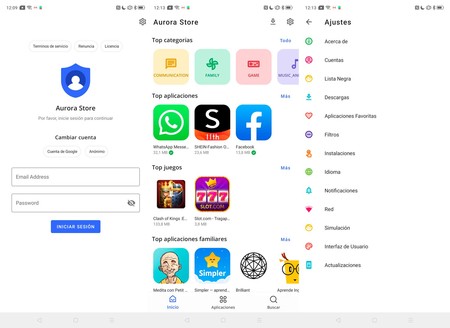 The application of which you speak, Aurora Store, it is a customer is not the official Android app store that provides access to the catalogue in a simple way and without the need of having installed the Google mobile services (GMS). It is even valid for use without Micro-G, the alternative services of Google Play.

Aurora Store is a secure application, which is developed in open code (Open Source), it is available as Apk and also through the recognized repository to FDroid. Has your own Git and the Apk is super lightweight: it does not reach the 7 MB. All without losing its potential as Aurora Store opens the door to the Google Play Store without the need of having installed the store. 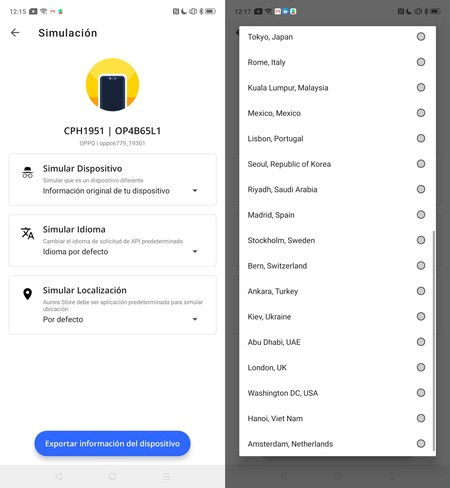 Aurora Store allows you to choose a device and region different

The aspect of this client’s alternative of the Google Play closely resembles the official Android app store. And it works more or less the same: the apps and games are categorized, there are recommendations, there is a search engine to locate any application, and even it is possible to update the apps installed using Aurora. In addition, it reserves a couple of aces under the sleeve, such as the ability to simulate other devices or the option of choosing a region different from the usual. Do you want an application that can only be downloaded from the united States and for certain phones? Aurora Store will open the door to the download. And always in a safe manner: the access is the same as that used by the Play Store.

Aurora Store does not provide access to applications pirate, you can only download those apps and games that are free. Yes you can perform searches and access to the tab of the paid apps, but not download them to the phone: the buy button appears inactive and in orange (for the acquisition of apps need the Play Services, something that Aurora does not use). With one exception: in the event that you have previously purchased the app, or game, Aurora yes you will have access to download (to do this you have to enter the store with the Google account). The buy button will change to active and color blue.

A great alternative to the Google Play Store 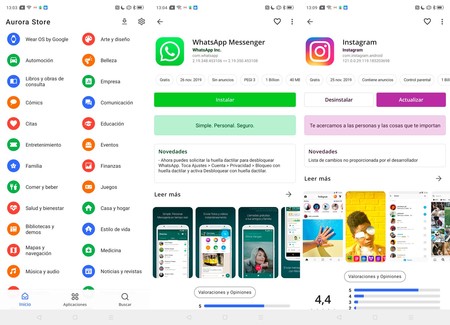 Aurora Store also allows you to update the installed applications

Aurora is a project very settled in the community Android that takes evolution as successful as well as attractive. It is currently in version 3.13 (stable) and it works to perfection, what we have seen. It is perfect for those who want a way to access the apps from the Google Play safely and without the need of having installed the Google services. Yes you must take into account that, despite being a app safe, is always entail a certain risk to use it with the Google credentials, also use it to install Apks (whether they be the official Google Play).

In the event that you want to give him a chance to Aurora Store, you can access the download from the store via F-Droid.

With Battle circuit Breakers, Epic Games becomes the pitcher of Fortnite in its store for Android

The installer Fortnite is now the app of Epic Games, preparing the ground for his new shop

92 offers from Google Play: games and applications for free or with big discounts for a short time

–
The news Aurora Store, an alternative to the Play Store to download applications without Google services was originally published in Xataka Android by Ivan Linares .

Aurora Store, as an alternative to the Play Store to download applications without Google services
Source: english
November 27, 2019