Design an electric guitar by making use of a NES, and a NES Mini

Guitendo has presented its latest creation.

Guitendo, a small shop specializing in creating stringed instruments electric from consoles, has unveiled its latest creation: an electric guitar that uses a NES and a NES Classic Mini in its interior to adopt the structure.

The standard model of guitar the NES offers Guitendo is designed from a drive that no longer worked, an electric guitar of six strings, a fixed bridge, a neck scale of 64,77 cm, a control of volume only and the setup and intonation professional.

you can Also add configurations for right-handed or left-handed at no additional cost, as well as other accessories such as a power off button that if it leads to an increase of the price.

Guitendo also offers a low NES for 475 dollars, for the bears. It is 25 dollars more expensive than the electric guitar. To buy the guitar NES Classic with an NES Classic Mini or Raspberry Pi running, you can visit the following link Reverb. 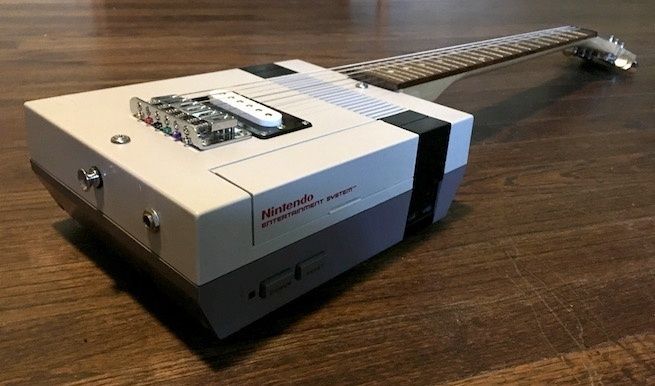 Design an electric guitar by making use of a NES, and a NES Mini
Source: english
November 26, 2018