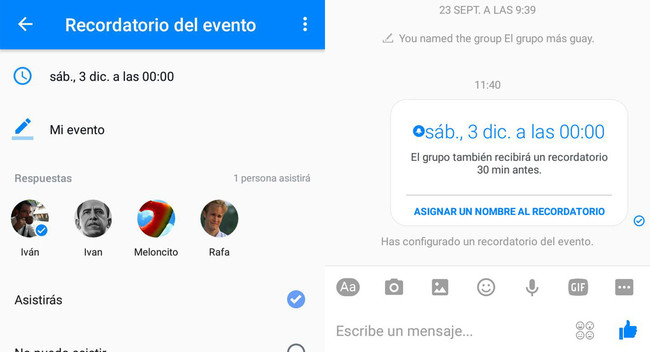 you’re talking with your friends on Facebook Messenger when you decide to left for later. “Friday, if that.” Okay, “to see if I agree, I write and stay”. But you will never write. Your friends are bad people or maybe very forgetful. If it is the latter case, Facebook Messenger can help you.

Now what are the games in Messenger, but the overcrowded bar herramentas of Facebook Messenger has something more than games, send photos, stickers and animated GIFS. You can also send reminders simple so that neither you nor the other person I spend a special event.

what are the reminders

The reminders of Messenger are reminders of normal, ordinary, and that, therefore, you can use it for whatever you want. Can be to remember a birthday, a special occasion or for you not to forget to buy potatoes. You can set the day and time accurately, adding reminders to the year 2100. I don’t know if Facebook Messenger will continue to exist then, but you can already add a reminder for then.

unlike other reminders such as for instance Google Keep, the Messenger is based only on date and not on other factors such as the place you are in.

To create a reminder in Messenger, the only thing you have to do is use the relevant option in the toolbar. However, depending on the size of your mobile’s screen and its orientation, the button may be hidden in the extra menu of points. If this is your case, tap the button with three dots on it and then choose Set an event reminder. 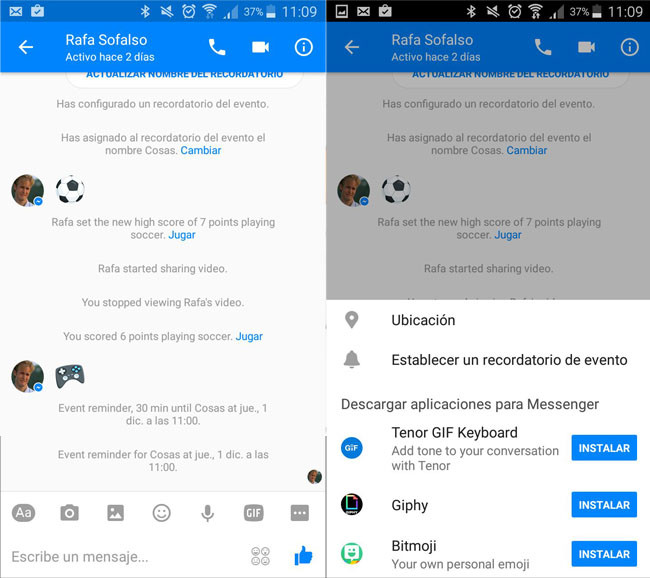 The next step is to choose directly the date of the reminder. As we have already mentioned, you can choose with precision the date and time accurate, from the present to the year 2100. When you are finished, tap Ok. 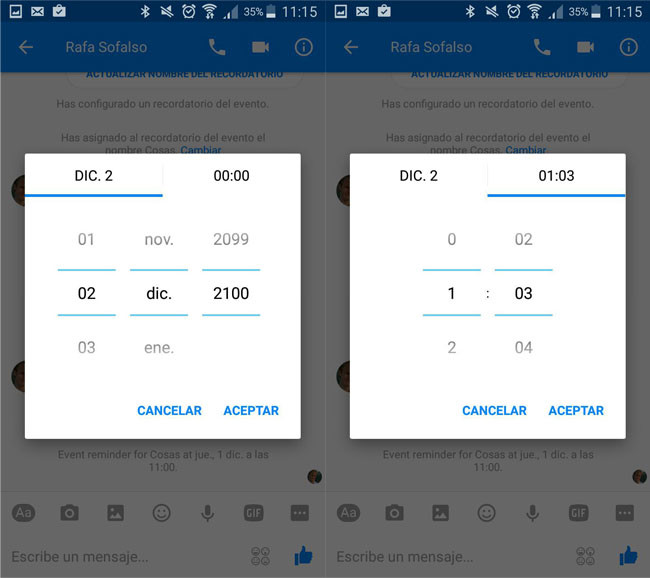 this is Done, the reminder is already added, but does not include any kind of additional information. By tapping on it, you can choose a name that is more descriptive. For example, “buy bread”, “take the dog”, “go to the airport”, etc .. 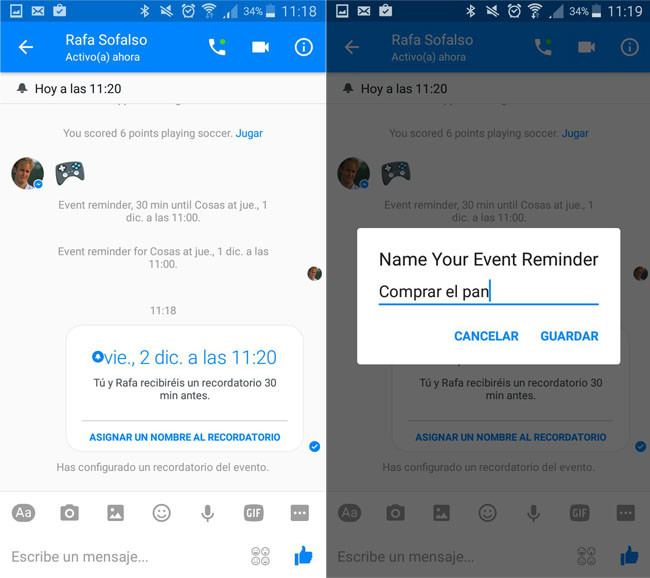 From that moment on, shows a top bar in the conversation by recalling the next event. By tapping on it, you can specify whether you will be attending or not, see who is invited and edit the event. 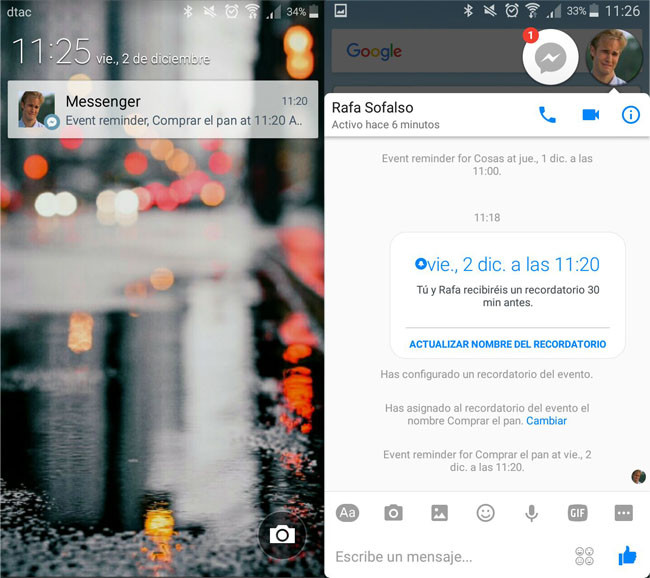 So, the next time you need to create a reminder, simple, between friends (also works on groups), Facebook Messenger is an option to consider, and faster than for example doing the same thing in Google Calendar. It is not the only messaging app that lets you do this, by the way, LINE has something like that since August.

–
The news How to create reminders in Facebook Messenger was originally published in Xataka Android by Ivan Ramirez .