NikGApps, the Google Apps alternatives that allow you to customize applications to install

is Behind the blow that took CyanogenMod when she received the letter to Google urging it to cease in its efforts to improve Android with their ROMs. That was the start of the Google Apps or Gapps, a package apart from any ROM to install in the event that you want the services and apps from the company. Much rain fell since 2009, the date of the “cease and dessist” to CyanogenMod. And there are several Gapps to choose from.

it is usually go to the repositories for the packages more common. The most popular is OpenGapps, a specialized site that is responsible for collecting these packages and keep them up to date. Now, it is not the only one, there is always room for improvement. And Nikhil has released its own Google Apps: NikGApps.

Choose which apps Google you want to 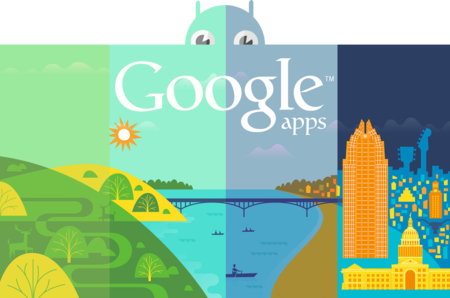 it is usually choose a package of Gapps with everything that is usually installed in a mobile certified by Google. There they would enter the Play Store, Google search, Maps, Gmail, and other mission-critical applications, many of which some users are not going to need it. Therefore, NikGApps is born with an idea: offer a package that suits the specific needs of each user.

Aurora Store, a door alternative to the Play Store to download applications without Google services

The NiKGApps can be downloaded from the GitHub developer, via SourceForge. Are available the following packages:

The best thing is not only that you can choose the package, it is also possible to add items apart. These are: the installer of Google, Lawnchair, the recorder of Google, YouTube Vanced, Google Velvet (itself is the app search), Gboard and Mixplore (a file explorer). In this way you can flash a Gapps basic and then install a component advanced without install all of the full pack, for example.

Google updates all of its Pixel with themes and gestures in any launcher, the Pixel 3 and 3a also receive Live Caption

Like the whole Google Apps package, the NikGApps can only be installed if the device has the bootloader unlocked and installed a Custom Recovery, such as TWRP. Are valid for ROMs that do not come with Google services preinstalled. And, to be able to unlock the bootloader, also should be ok for those Android phones that are not certified by Google, as the Huawei Mate 30 Pro.

Google Tasks: this is the new application tasks is integrated with Gmail and Calendar

New layout Material Theming: this is the aspect that will have the Google apps

–
The news NikGApps, the Google Apps alternatives that allow you to customize the applications to install was originally published in Xataka Android by Ivan Linares .

NikGApps, the Google Apps alternatives that allow you to customize applications to install
Source: english
December 3, 2019