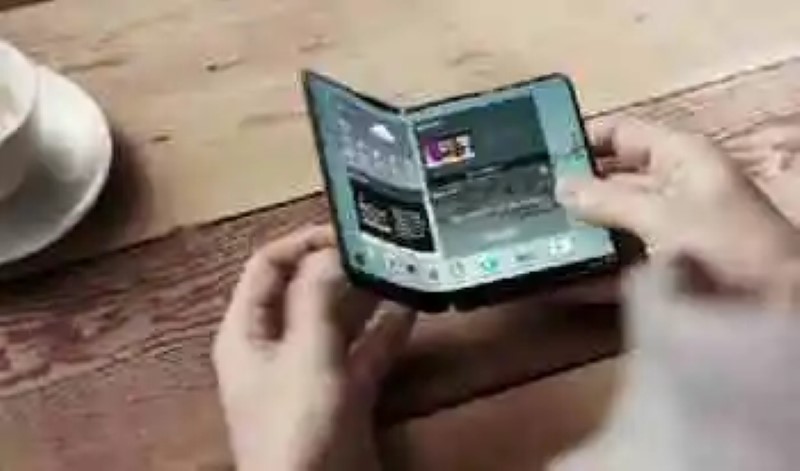 Rumor Mill: Tomorrow’s Mobile Phones Reportedly In the Works Today
It's hard to imagine smartphones looking anything different from what they look like today. The "slate" form f...

It’s hard to imagine smartphones looking anything different from what they look like today. The “slate” form factor has become dominant on the market, pushing anything different out of business – even if designs like Blackberry’s full-size keyboard solution has proven its worth in the past. But the best thing about innovation is that it never stops, um, innovating. Even if the best mobile games for your iPhone or Samsung devices are all optimized to run on the current standard form of a smartphone, they may have to adapt to new ones in the future. Perhaps these innovative (rumored) devices might shed some light on what these may be.

Koh Dong-jin, Samsung’s president of mobile, has all but confirmed the release of the new Galaxy X smartphone next year. The phone will probably disrupt Samsung’s own releases, the upcoming Galaxy S9 and (quite possibly) a new Note model, next year, but it won’t compete with them directly. Instead, it will mean a whole new direction for smartphone tech.

You see, the Galaxy X will come with a never-before-seen foldable screen – and with it, a new form factor and a new way to interact with apps on the screen. Hardware-wise, there’s not much to know about the upcoming phone – but we can expect it to be at least on par with this year’s leading Samsung handsets.

True 3D holography on the go, with no glasses needed? Sounds like a dream come true for many – and this is exactly what professional camera maker RED promises its customers to deliver with its upcoming Hydrogen smartphone. What the handset is promised to have is a 5.7″ professional hydrogen holographic display capable of showing stereo 3D content, 2D/3D VR, AR, and mixed reality, as well as its proprietary H4V content.

There is no information on the specifications of the smartphone itself but you can expect it to be quite powerful. Expected release date: Q1/2018.

Lenovo has presented its wearable smartphone concept, the Cplus, last summer at the Lenovo Tech World – and it was awesome. The handset has a flexible screen and a segmented body, which makes it completely bendable. Thus, it can be worn as a bracelet while maintaining its full smartphone functionality.

The model on display last summer had a 4.26-inch flexible display and ran an Android operating system. According to the plans at the time, it would’ve been released in two sizes – small and large – and in 12 colors. There’s no word on when – if ever – it will be released. Still, it is a promising concept that will allow smartphones to break out of the fully standardized form factor and finally become more than just a slate.

Premium WordPress Themes Download
Download WordPress Themes
Download WordPress Themes
Download Nulled WordPress Themes
free online course
download xiomi firmware
Download Premium WordPress Themes Free
online free course
Ultimate Monster Hunter 4 receives its latest monthly update
The content pack is now available November. Capcom has released the Novem...
Presented new costumes for Zangief, Karin, and Kolin Street Fighter V
They arrive on the next 24th of October, next to Zeku, the new fighter.use...
The problems of the Nexus 6S will cost a class action lawsuit on Huawei, and Google
not too long Ago, we talked about that LG had been brought to trial on th...
Call of Duty: Modern Warfare punishes the player if he exceeds in the cruelty with a baby
Is one of the most critical periods of the history of the game and the tit...

◄ Wie Hat Die VR-Technologie Gaming Beeinflusst?
Google Play already allows you to try applications before you install them, we tell you how ►