Known within the world of the Tarot as Justice, this card ranks eightth among the major arcane of this divinatory method apparently created during the 15th century in Italy. On this occasion we will try to make a synthesis of most of the meanings that the tarotist experts give to this card.

The Tarot Justice’s Card Meaning: Kabbalah
Known within the world of the Tarot as Justice, this card ranks eightth among the major arcane of this divinatory me... 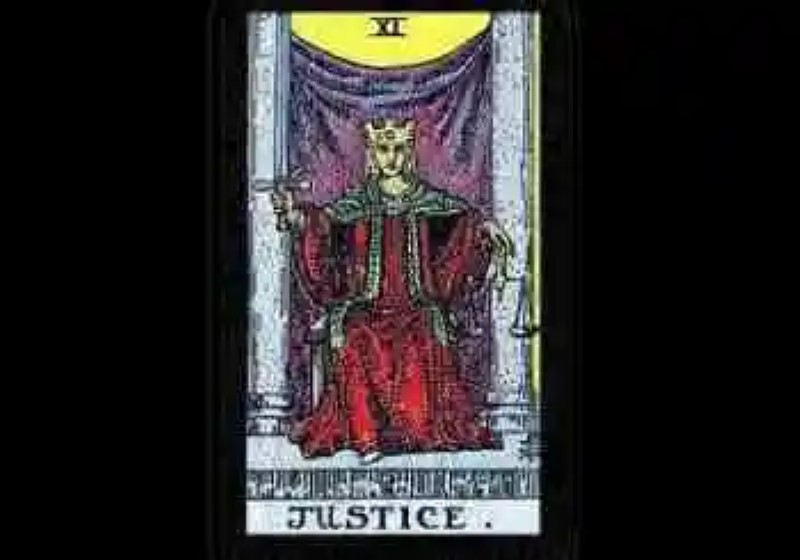 No one escapes Divine Justice

In the justice deck we can see in front of a woman carrying in her right hand a sword (symbol of strength) while with the left she holds a scale or balance (symbol of balance). On his head is a crown that points to the powerful reach of his power. On the other hand, his eyes are covered by a bandage, which attributes to him the quality of impartiality. Its face doesn´t contain any gestures, on the contrary – according to the experts in this divinatory method – transmits serenity.

► The world’s strangest competitions It is normal to see sporting competitions su...
► Oatmeal-based recipes Perhaps most convenient, before presenting s...
► The True Story of the Pink Panther One of the most beloved cartoons, as well as...

Likewise, the tarotists point out that this card always represents justice, balance, impartiality. However, it may also indicate a time to add dynamism to a situation, as impartiality and balance immersed in its meaning can sometimes also indicate lack of movement, stagnation.

Likewise, the acquaintances in cartomancy point out that Justice is a card of good omen that means that the roads are open and the possibilities given, but that only the right moment is needed. So some consider it a negative sign, as expected will happen when the time is right, not when the consultant requires it, depending more on fate than the will of the person who wants it.

For their part, other branches interested in this method have given their interpretations. For example, for the cabalistic is the Justice card related to the Hebrew letter Cheth, as well as to the sign pound, by the balance held by the woman in the card. On the other hand, esotericism prefers to link it to the cancer charter, because of the need for balance and harmony that this card entails. It is also related to the Spring season, as well as to the Water element.

As for numerology, this card is assigned the number eight, which is the result of the sum of four plus the four (twice the duality) so it is related to balance.Its meaning in the three planes of existence (emotional, material and spiritual) is seen by experts in symbology as a sign of both internal and external balance. However, it should not be forgotten that it is always necessary to take into account the cards with which it is accompanied.

Within a tarot card reading, the appearance of Justice indicates the need to permeate in our lives much more balance, discipline and order.If the consultation tries to specify a person, this card may be referring to a man, lawyer or judge, or related to the judicial world. You can also point to someone mature, tidy, balanced and just.

In other areas of life, Justice’s card also has its meanings. For example in the area of health, the appearance of this card indicates a good time for health, where the body is in balance, especially related to stomach or kidney ailments. On the subject of work, the appearance of this card within a reading may indicate that it is the right time to establish new partnerships, or sign contracts.

For its part, the emergence of this card in the economic sphere indicates that this is a good time to make investments. It almost always also indicates the possibility of earning some extra money through gambling. Good fortune in the game. In love likewise the Justice´s card  indicates indicates apropitious moment to stabilize, it might even be announcing marriage unions.

However, as with the other cards, Justice also has a meaning if it appears inverted, i.e. headlong. For example, if a reading on the economic aspect comes to appear Justice head-on may be indicating that expenses at home may be greatly increased.

It can also indicate the inability of the consultant to manage himself correctly. On the other hand, if the consultation concerns the employment aspect, the card from The Inverted Justice may mean a moment of stagnation at work, as well as problems of interpersonal relationships with both colleagues and heads.

On the other hand, if the consultation concerns the level of health and the card of Inverted Justice appears,it may be telling the consultant that it is time to take care of his health, even to go to the doctor for a general checkup. On the plane of Love, a card from Inverted Justice can tell us about a loving relationship whose foundations reel. He also makes references to sentimental confusion.

Four of Pentacles Tarot Card Meaning
Symbology Named Four golds, this card occupies the fourth place in the s...
The story of Superman
There is no doubt that Superman is a milestone when it comes to superheroe...
The world’s smallest baby
Newborn babies are very small and fragile, and some people are even afraid...
Secrets of the Last Supper, by Leonardo da Vinci
The painting of "The Last Supper", authored by Leonardo Da Vinci, is one o...
Bibliography ►
Phoneia.com (August 28, 2019). The Tarot Justice’s Card Meaning: Kabbalah. Recovered from https://phoneia.com/en/curiosities/the-tarot-justices-card-meaning-kabbalah/