How to use the phone as a compass 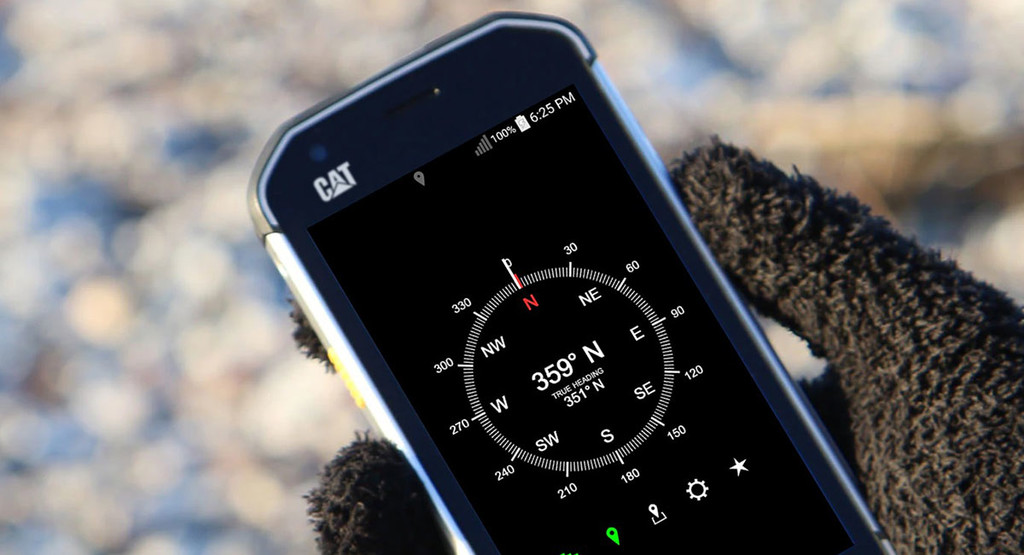 are Lost in the middle of the mount without knowing which side grows moss? Or maybe you need help to position the bed in the orientation Feng Shui desired? No problems as long as you have your Android mobile, as you also serves as a compass.

If you left the compass at home, but not the mobile, here’s how you can see where is the north without installing anything (we assume that your mobile phone has Google Maps pre-installed, as is usual), both with other specialized applications.

it Is important that before you use your phone as a compass, gauges sensor to make sure the measurement is correct. You don’t need any app to do this, but Google Maps show you simple directions how to do this. First, tap on the blue circle that indicates where you are on the map, until you open it a blue screen. There, below, touches on Calibrate compass. 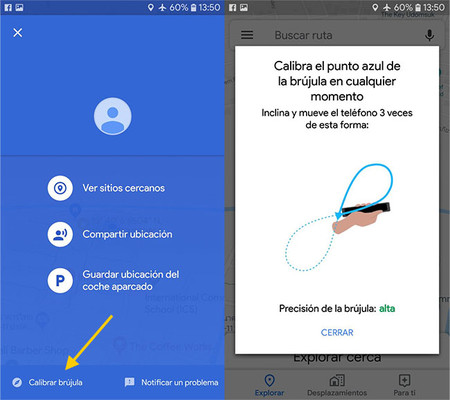 The process to calibrate the compass

The process that is required is that you move the mobile by making a kind of figure eight while rotating. Is explained with an animation how you have to move the mobile and is indicated below the estimated accuracy of the compass. When you mark as “high”, you can stop.

The compass in Google Maps

Google Maps is pre-installed on the vast majority of Android phones and, if you do not have data, you also serves as a compass. This is based in the focus blue mark your location, and you must tap on the location button (the number 1 in the image below) two times until it changes to compass mode. 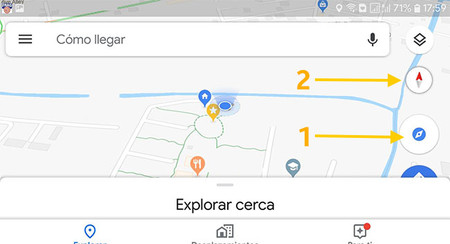 From that moment on, the map automatically rotates to the time you move the location of your mobile, and the flag of the north (number 2 in image above) tour to tell you where north is (the end in red). When the orientation of the mobile phone is just north orientation, the indicator adds the letter N directly above. 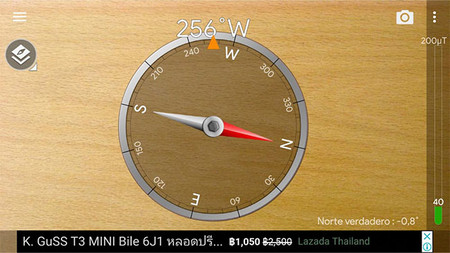 If you need more details on the guidance or just a clearer indication and large, in Google Play there are hundreds and hundreds of applications of compasses, most of them with a behavior very similar. Some of the apps of compasses that recommend are the following:

These applications still require that your mobile phone has the magnetic sensor. Today it is normal to include except in the lower ranges. Generally you do not need to do anything more than launch the application and look at the information. To determine the orientation does not need the permission to access the location. 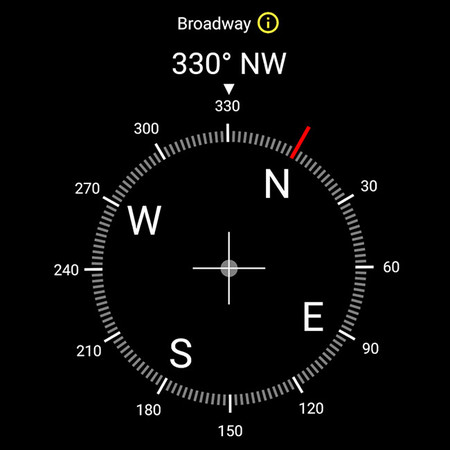 The advantage of the specialized applications is that include the exact data of the orientation degrees give mobile, as well as often other complementary data courtesy of the GPS, as the latitude, longitude and height. Usually the results tend to be accurate, but depends on the mobile and it is recommended that you check for yourself by comparing the results with a real compass.

If your mobile phone has all the necessary hardware, but the indications seem to be incorrect in all applications, take it out of its sheath (if you are in one) and turn it away from any metal and magnet to avoid “interference”.

Why don’t we settle in with three cameras and with four in the mobile?

–
the.news How to use the mobile as a compass originally.published.in by Ivan Ramirez .