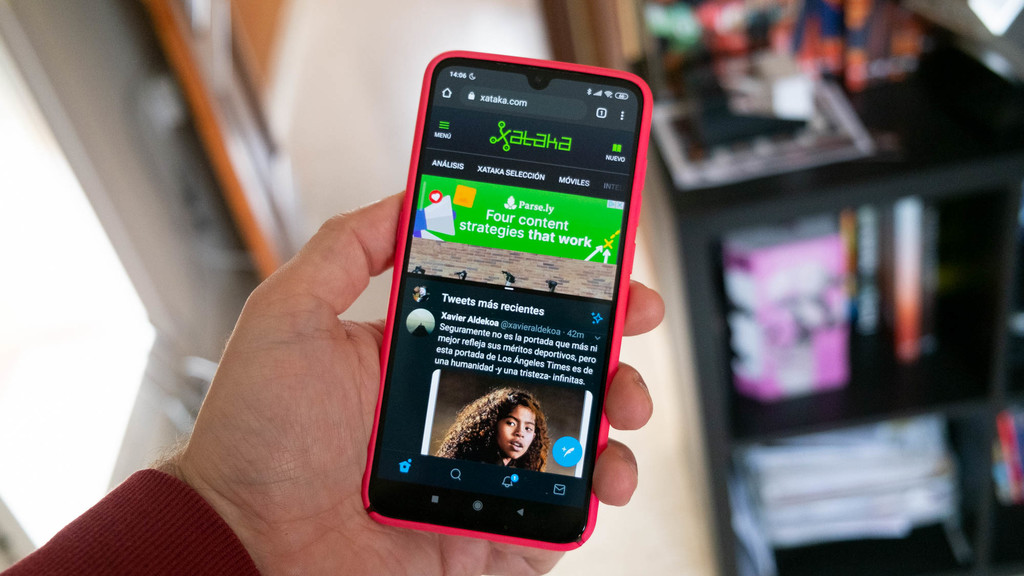 From a long time ago circulated for the Android ecosystem a function that can be useful at times, and that is not too well known. We talk about the to use apps in split-screen or split screen. The screen of our phone in two parts in order to have an application on each end and be able to use both at the same time, it is as simple as that.

it is Not a very well-known because not all manufacturers have implemented in their various versions of Android, but Xiaomi is one of the leading included in MIUI, the layer owner. Below we will show you how to make use of this split-screen with the apps compatible (not all are), it really is that simple.

How to have two apps open in split-screen

The way to access the apps in split screen is quite easy and you just have to activate the multi-tasking system. This can be get from the two ways, depending on whether we have active gestures, full-screen, or if you have the navigation bar of Android classic in the lower part of our Xiaomi phone.

With the navigation gestures activated, we will have to slide the bottom of the screen upwards, as if volviésemos to the main screen, but retaining the finger for a second before releasing. So, it will show the apps open in the background, the menu of multi-tasking we want to reach. If what you have is navigation bar just press the button the square to access the same menu.

once inside, you have two options to activate this split screen. You can press on the top of the screen, where it says Split Screen. Then the phone will ask us to press on an app without releasing it and the arrastremos towards the top of the screen. So we already the first app in split screen. To enable the second will only be needed to navigate between the open apps (yes, it has to be open already) and click on it. A simple tap will suffice for the second app takes up the bottom space. 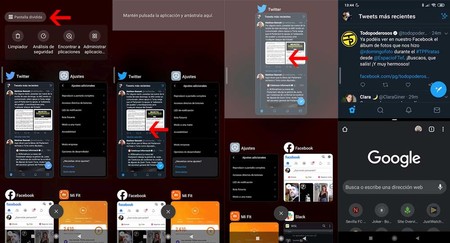 The second option is to choose directly the app that we want to display at the top of the screen in the menu multitasking. Once located, we a long press about it and we’ll see a drop-down menu to the right. One of the icons is that of two rectangles positioned one over the other, the icon that represents the split screen. We press and we have already fixed the first app. Now, as in the other system, we look to the second application and click on it. As simple as that. 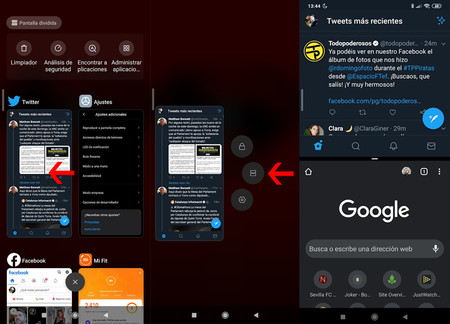 But as we have previously mentioned, not all apps allow us to work split-screen. Some applications, such as for example Instagram, bring locked this way to be displayed on the screen of our mobile. We know that an app doesn’t allows us to work split-screen in as much as we want to place it at the top or bottom of the screen of our Xiaomi. A message will indicate that the app does not support split screen. Again, as simple as that.

once we have the apps split-screen, we may give more space to the detriment of the other simply by dragging the dividing line between the two up or down, or sideways if you are using the mobile in horizontal.

To extend the desktop of an app there is a maximum, and if exceeded the system will assume you want to use a single app at the same time and spend the app that we extend to the foreground.

–
The news How to use two apps at once in split-screen on a mobile phone Xiaomi with MIUI was originally published in Xataka Android by Samuel Fernandez .

How to use two apps at once in split-screen on a mobile phone Xiaomi with MIUI
Source: english
January 27, 2020