Liam Neeson criticizes the direction of Spielberg in ‘Schindler’s list’ 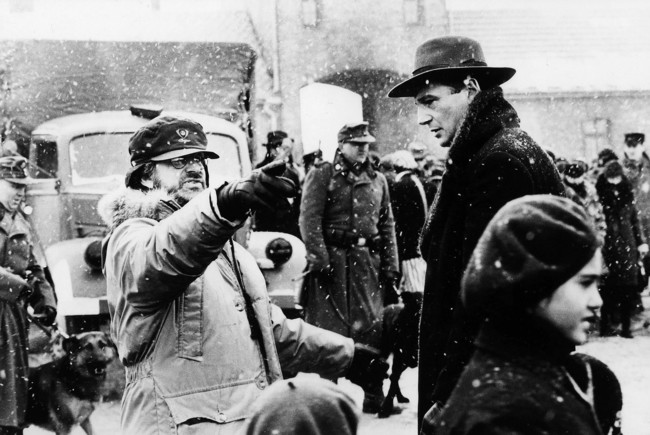 Maybe it sounds very abuelete but I remember that until not too long ago, the premiere of a film by Steven Spielberg was quite an event. We talk about the director of ‘Jaws’, ‘E. T.’, the saga Indiana Jones… Now introduces the ‘The files of the Pentagon’ (‘The Post’) with Meryl Streep and Tom Hanks for the first time together on the big screen, and I don’t see the excitement or enthusiasm that I used to generate.

I Think it was from ‘War Horse’ (2011) and ‘Lincoln’ (2012) when I began to notice more clearly that your job was not appreciating it as much as before. Perhaps it is inevitable, you have 71. And it’s not like he has been a filmmaker deified since its inception, as other. It was thought that “only” did a good cinema entertainment, box office hits, (he was the King Midas of Hollywood), as if it was easy! Until I “got serious” with ‘Schindler’s list’ (‘Schindler’s List’, 1993).

His portrait of the jewish holocaust won 7 Oscars, including best film and direction. To day of today is still regarded as one of his best works, a masterpiece in all aspects. However, interestingly, the protagonist in the film, was not happy with his work. In the same interview where you left off in his controversial statements on the current wave of allegations of sexual harassment, Liam Neeson praises ‘Schindler’s list’ but confesses his displeasure with the direction of Spielberg:

-I went back to see ‘The list of Schindler’ and [your work] continues to stand as one of the interpretations most extraordinary I’ve seen at the cinema.

Liam Neeson: Can I correct? That is very sweet. For me, it is not one of my best performances. I think that is a wonderful movie, really extraordinary. But I am not happy with my interpretation.

LN: Because I don’t see anything of mine in it.

-What do you mean?

LN: Just mine. Liam Neeson. Steven spoke to me very, very, very… thoroughly. There were times like that plane with the cigar [he is referring to the scene that you can see below]. I smoked at that time. He told me how to smoke. I said hen breathing. I remember saying, ‘I Cannot endure this, I am not a puppet’. In the end, there are many scenes, and when I see it, I am aware of Steven speaking, how to hold the cigarette, when to breathe, when to look to here, when you look down there. So no… I am not happy with my interpretation. Even when I think that the film is… masterful.

I Think that it is interesting to know the particular point of view of Neeson, how the others can enjoy his work (I think that is splendid as Oskar Schindler) but for him it is impossible, you can’t leave behind the bad experience, disappointment, or simply the bitter disagreement with Spielberg about directing (Neeson already spoke about this in the recent HBO documentary about the filmmaker).

Since then, in all of the manuals that I have read it is often said that a director should not exactly tell an actor how to do his job, you should not treat him like a puppet, and yet, there is Spielberg to demonstrate that the rules are to break them. Of course, he can, and it goes well. Or at least here was a success. We will never know how it would have been the movie if Neeson would have had more freedom to compose his character; for good or for bad, is as directed Spielberg.

By the way, if you don’t know why the director chose Liam Neeson to lead the cast of ‘Schindler’s list’, you have to see this video, the memorable step of the actor is irish for ‘life’s too short’ (‘Life’s Too Short’):

–
The news Liam Neeson criticizes the direction of Spielberg in ‘Schindler’s list’ was originally published in Espinof by Juan Luis Caviaro .