Trailer for ‘Summer of ’84’: the directors of ‘Turbo Kid’ have made their ‘Stranger Things’ changing monster by psychopath 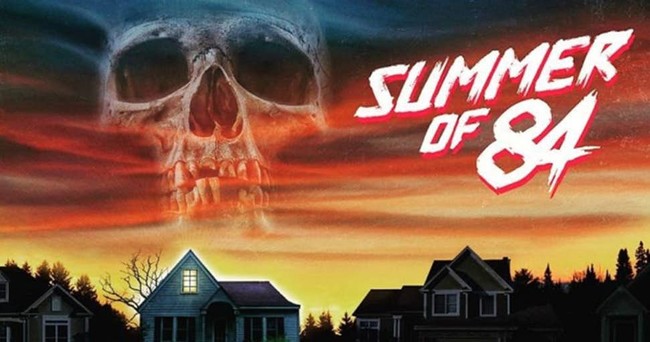 In Hollywood they are always very attentive to see what is successful to try to sell us a multitude of variants because the executives certainly think that it is more likely that the public is encouraged to view the article. Now we bring you an example of this with the trailer Summer of ’84’, a horror film that seems to be selling us a copy of ‘Stranger Things’ but changing the monster of the series from Netflix a psychopath.

The group of friends, the bike, the mystery in a town seemingly quiet, the atmosphere ochentera… the similarities are quite clear. As mentioned before, the main change that brings ‘Summer of ’84’ is that the kids try to prove that a police officer of the area is behind a wave of murders, but, obviously, it will not be easy to prove it by not having the help of any adult.

François Simard, Anouk Whissell and Yoann-Karl Whissell has been commissioned to direct a film starring Graham Verchere, Judah Lewis, Caleb Emery, Cory Gruter-Andrew, Tiera Skovbye and Rich Sommer. No name known, so they are even more required to enhance the similarities with ‘Stranger Things’ to convince the public that it’s worth taking a look. To this we must add that the filmmakers are also occupied in your time of ‘Turbo Kid’.

I Guess that counts in their favor with the fact that we still lack theirs, so that we can see the third season of the series from Netflix, is still without a release date. However, it did know that ‘Summer of ’84’ will come to U.s. theaters the next August 10. In Spain can be seen in the Festival Sitges and we’ll see if it premieres in movie theaters.

'Ant-Man and the Wasp' presents its trailer end: so is the next movie from Marvel after 'Avengers: Infinity War'

Trailer for 'Teen Titans GO! To The Movies': the young titans are laughing at the movies of superheroes (and themselves)

–
The news Trailer of ‘Summer of ’84’: the directors of ‘Turbo Kid’ have made their ‘Stranger Things’ changing monster psychopath was originally published in Espinof by Mikel Zorrilla .

Trailer for ‘Summer of ’84’: the directors of ‘Turbo Kid’ have made their ‘Stranger Things’ changing monster by psychopath
Source: english
July 2, 2018