What are the kernel, the baseband and the build on an Android device? 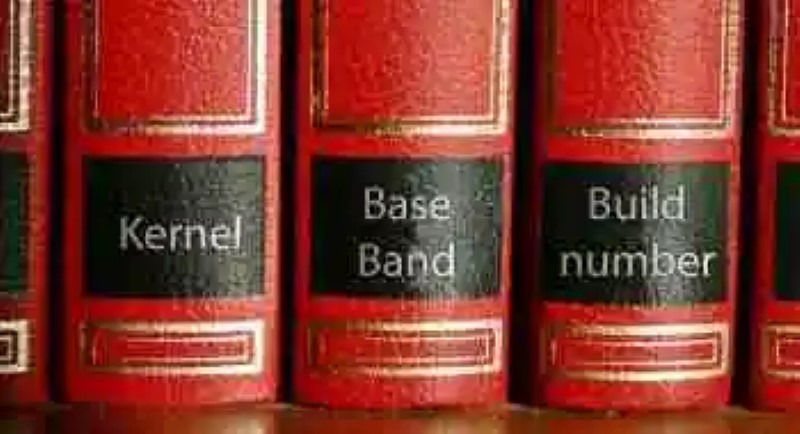 What are the kernel, the baseband and the build on an Android device?
When you enter in the Information section of the device in the Android settings you get mugged all kinds of data an...

When you enter in the Information section of the device in the Android settings you get mugged all kinds of data and numbers of versions, which are not always entirely easy to understand. The most simple is “Android version”, but it comes with other not so intuitive as “baseband version”.

What do you mean? What do you do? what you Need to do something with this data? If you also curiosity what are all these numbers and versions, keep reading for an explanation in plain words.

► A walk through the ‘Jungle Book’ and the life of its author, Rudyard Kipling The prolific author Rudyard Kipling in ...
► Hiberus Technology is allied with the consultant InboundCycle to offer technological strategies global The technology group Henneo, Hiberus Technol...
► The internet domain SilentHill.com is on sale for less than $ 10,000 What is true is that Konami for years not us...

What is the Kernel in Android?

Android uses a variation of Linux Kernel but the essence is the same as in this: it is the core of the system and in charge of making a bridge between the hardware components and applications.

As manager of to mediate between the hardware and the system, the Kernel, Android includes a number of vital components like display drivers, audio, the built-in cameras or of the energy management. 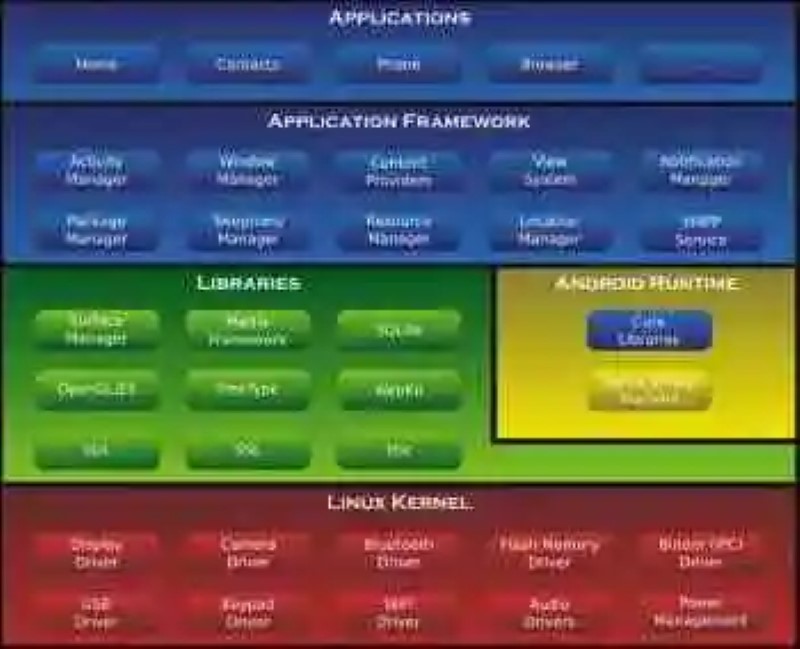 Schema of the architecture of Android, Smieh – Anatomy Physiology of an Android, CC BY-SA 3.0, Link

it Is for this reason that those who like to try different ROM’s often also experience with different versions of the Kernel created or modified by the community. A kernel-third-party may include performance improvements, enable the overclock (increase the clock frequency of the processor) or add support for features that are not included in the stock Kernel (such as tethering, for example).

For the user to walk, the Kernel version is not very relevant because that is what was distributed with the latest version of the system (or ROM) that has been installed on the device, and little more you can do about it. Although it includes the date on which it was compiled the Kernel, actually that is a few months is no problem if it has not detected any error therein.

In versions of the Kernel, a higher number is not necessarily better, because the Kernel of Android is generally based on three Linux Kernel versions: 3,4, 3,10, and 3,18. It makes No sense, therefore, to install a Kernel just because it’s more “new”. The reasons should be others, like performance optimizations or improvements in the autonomy of the battery.

What is the version of the base band?

The base-band Android, or baseband, is similar in some way to the Kernel, although still more specific. This is the software driver of the data connection of the phone, that is to say, the modem. In some devices, you can also include the drivers for other devices “radio” and Bluetooth and Wifi and GPS, but this is not the normal today.

The version of the base band is is rarely updated by the manufacturer not to be that is has detected a connectivity problem in the phone. If so, you may include a more modern version in an update to the system, exactly as happens with the Kernel.

What is the build number?

The third element mysterious software information of Android is the build number, in English, build number. This element is perhaps most famous for being the that allows you to activate the developer options after you tap on it seven times.

Although its name says it is a “number”, includes almost everything but numbers. The format may change, be shorter or longer, but always starts with a combination of six letters and numbers, followed by a dot and more information.

These first six letters and numbers are not random, but rather follow an order as explained in the Google documentation: 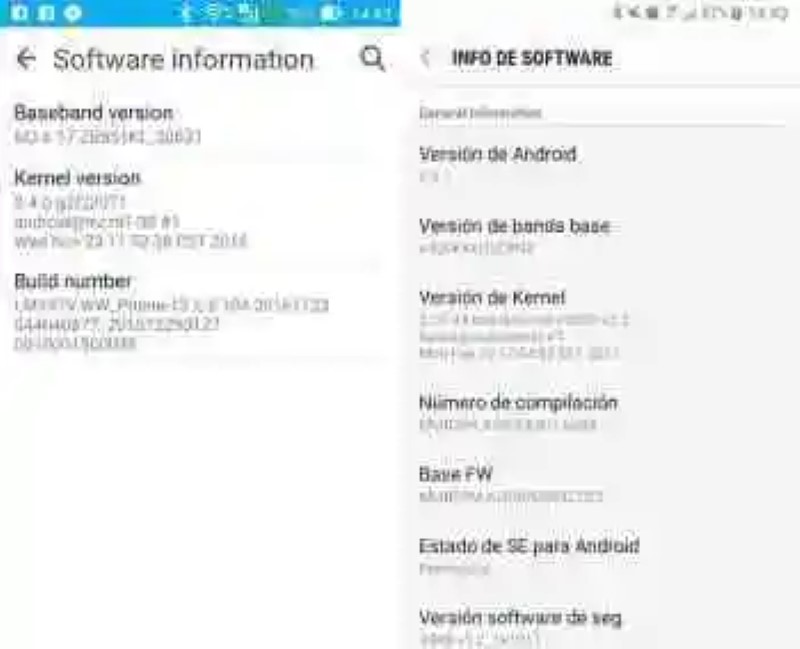 For example, the code MMB29K corresponds with Marshmallow October 2015, which is information that is good to know, but it probably will do you much good. To know the version of the operating system you have installed will be enough most of the time.

The following letters following the number of compilation identifies the specific version of the system modified by the manufacturer for that particular device. For example, a phone might receive an update from the manufacturer to fix a bug and the first part would still be the same (is the same version of Android), but not the second.

In Xataka Android | ¿Liberar, unlock, bootloader, baseband, rooting, flashing, ROM? Is that what that is?

–
The news What are the kernel, the baseband and the build on an Android device? was originally published in Xataka Android by Ivan Ramirez.

First week of April: 2010 vs. 2020
During the first week of April 2010, Kylie still had not done any surgery,...
How to write faster on Android by saving words and phrases that you use daily
Write with our phone is an everyday thing. WhatsApp, messages Instagram,...
‘Wolf’ will have series: the bounty hunter from DC will star in a spin-off of ‘Krypton’
In the absence of bread, good are cakes —or biscuits, as was said by Ji...
Google Keyboard 5.1 and its themes are here, so you can change your look
Last May Google made it clear after upgrade to versión 5.0 your free k...
Bibliography ►
Phoneia.com (April 23, 2017). What are the kernel, the baseband and the build on an Android device?. Recovered from https://phoneia.com/en/what-are-the-kernel-the-baseband-and-the-build-on-an-android-device/

This article was published by Phoneia, originally published in English and titled "What are the kernel, the baseband and the build on an Android device?", along with 18987 other articles. It is an honor for me to have you visit me and read my other writings.
◄ Vanesa Martin plays the tune of ‘girls on the wire’, the Image of the week
Actor Josh Duhamel might participate in Call of Duty: WWII ►