In the field of Biology, the relationship between two different species, where the tenant feeds on the guest or lives in it or his lair, is known as inquiline. According to the experts, this zoological relationship occurs for the benefit of both animals, without any damage to the guest.

Examples of inquilinism
In the field of Biology, the relationship between two different species, where the tenant feeds on the guest or live... 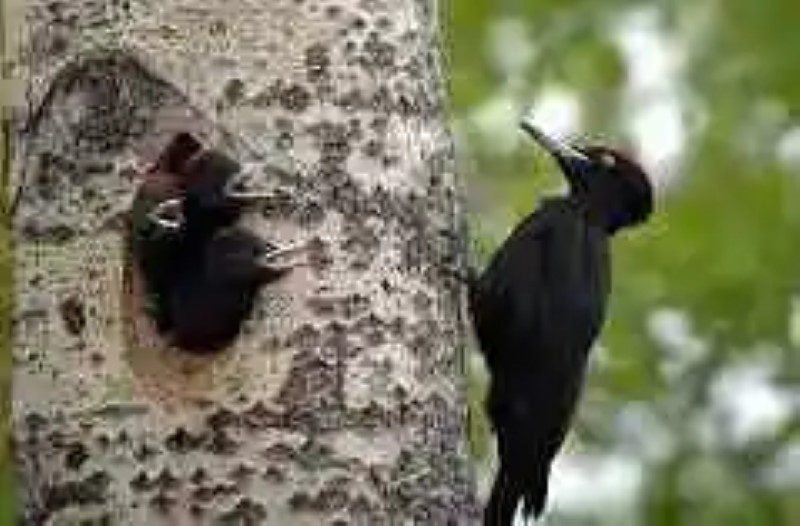 Thus biologists have also identified three types of inquilinism, depending on whether the relationship established between inquiline and guest is food or shelter. In this sense then we can find a first type of tenant, which is given as a shelter, in which the member of a species seeks to shelter in the lair of another animal or insect, or even uses the body of the other animal as home.

► Knight of Pentacles Tarot card meaning Symbology Known as Knight of Pentacles, th...
► 4 weirdest items sold on eBay The computer age has definitely given for ev...
► Things you didn’t know about Brad Pitt One of the most recognized actors of th...

Secondly, we find a type of inquiline that some experts have come to compare with symbiosis, since the relationship benefits each other’s animals.

Finally we find a third type of inquilinism, which is also called dinerism, because an animal eats thanks to the resources of its host, either because it feeds directly on it (as is the case of fleas, lice, ticks) in which case it is not considers in full inquiline, for it can cause harm to the host; or thanks to the products discarded by the animal it inhabits (fungus, roots, some bacteria).

Here are some examples of types of inquilinism at different levels of the food chain and in different animal realms:

In this field, various types of inquilinism occur, either because the small species adhere to the larger ones, in search of food, shelter and protection, or because one animal invades the refuge of another, to live next to it.With regard to the sea depths we then have two examples of inquilinism:

Hermit crab: This crustacean is the softest crab abdomen that exists, so you need to constantly seek shelter, using the shells and shells of other molluscs, usually using empty shells, whose guests have died. However, sometimes it also tries to get into shells whose guests still inhabit, with clashes, which usually leave this crab out.

Cyamidae molluscs: this type of crustacean is considered as a type of parasite, which however doesn´t cause damage to the health of the whales in which it begins to live, in order to find shelter, protection, food (which it obtains from the animal’s waste) as well as an effective means of transport, which provides them with a speed they could never reach.

They are usually embedded in the folds of the neck of their host, among which are also some species of sharks. According to biologists, at least eighteen different varieties of this type of mollusc have been discovered.

Likewise the zoological relationship of inquilinism is present on the surface of the earth, where some animals use others, either to find a nest or shelter in the burrows of others, or to inhabit the body of its host without causing it some major damage. Two clear examples of inquilinism on land are as follows:

Woodpecker: Belonging to the family of the pious this bird, regularly known as a woodpecker, actually constitutes about thirty different genera that are distributed throughout the world, except for areas such as Madagascar, Australia and polar zones.

Its way of life is a clear example of inquilinism, for this bird is named because of its habit of drilling the surface of the tree with its beak, opening holes in it in which it lives.

At the same time, the woodpecker eats different types of insects, which could damage the tree, an exercise in which it also keeps the growth of its beak under control. Thus this bird lives and feeds on the beings that inhabit the tree, without providing damage to its host, and on the contrary freeing it from some organisms that could affect it.

Mice: these rodents are a type of inquiline of which we are your guests. Thus, mice invade human homes and dwellings, where they live in small burrows and hideouts, in order to feed on the crumbs or food that humans leave to neglect, without attacking them or causing them great damage directly.

As for insects, the type of inquiline that occurs is almost always the type that seeks refuge, that is, that is, it occurs mostly when a group of insects invades the colony of another group, staying and making life in it without altering the established order, which is common among some species of bees, termites, which is mostly in ant colonies.

Examples of inquilinism in the insect world might include:

Ant Queen Inquilina: This type of inking occurs in some anthills, where the queen of another anthill arrives, in order to perch and live on the back of the native queen, feeding on what the worker ants of the colony serve their queen. However, no ant attacks the invader, nor does it cause harm to the colony or its direct host.

Spiders: As with woodpeckers, these insects use trees as a host, inhabiting the hollows of their bark, and using their branches and leaves to make their spider webs, with which they attract other insects from which they feed. However, this type of activity doesn´t affect trees, so it is considered a relationship of inquilinism by shelter.

The most polluted places on the planet
If you thought that the air you breathe in the city you are living in is h...
Facts about the facial hair and beard
The issues of the beard and the beautiful face have been the subject of in...
One eye is amputated and he’s still seeing: ghost eye syndrome
Around the world many people have been forced to amputate some members of...
Derinkuyu, the submerged city of Cappadocia
In Turkey, there is a region known as Cappadocia famous for having beautif...
Bibliography ►
Phoneia.com (September 11, 2019). Examples of inquilinism. Recovered from https://phoneia.com/en/curiosities/examples-of-inquilinism/

This article was published by Phoneia, originally published in and titled "Examples of inquilinism", along with 18987 other articles. It is an honor for me to have you visit me and read my other writings.
◄ Derinkuyu, the submerged city of Cappadocia
The most famous animalists ►