Changing the language of your phone to one that does not appear in the options, without root 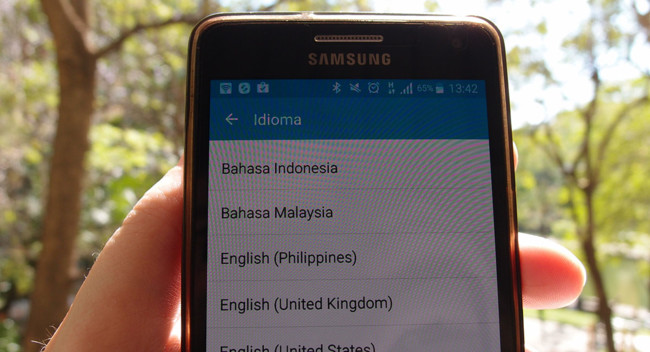 With an ever-growing global economy, it is increasingly common end up buying a cellphone in the other side of the globe. So you increase your options and perhaps you save money, but also you can find problems such as not your language appears to select the settings.

Without going any further, that is For my Samsung Galaxy A5 purchased in Asia. The language options in your phone settings are loaded with Asian languages ​​and English UK and the US, but other than that or Spanish Trail . I also went to my previous phone, which had Spanish only US, not Spain.

Previously applications had permits for change the system language , but that changed after Android 4.2 JellyBean. Yet they can keep doing, but it is complicated because it requires either root or do have a few extra steps from a PC

There are many applications in Google Play whose function is to change the language of the mobile. Became popular a few years ago, and some of them have adapted to keep running even with the restrictions placed by Google with respect to the change of language.

I’ve tried several and, but do not have much science, Locale More is one that most have convinced me . The interface is not the most beautiful in the world, but you can add your favorite languages ​​for quick access and even create new ones if yours does not appear in the list.

If you convince most other applications, you can use this same system with others, but you must adapt the BAT file in the following steps.

The next step is to open Locale More and search language when you want to change. The list is huge but has flags to help you quickly locate languages, plus a search engine. 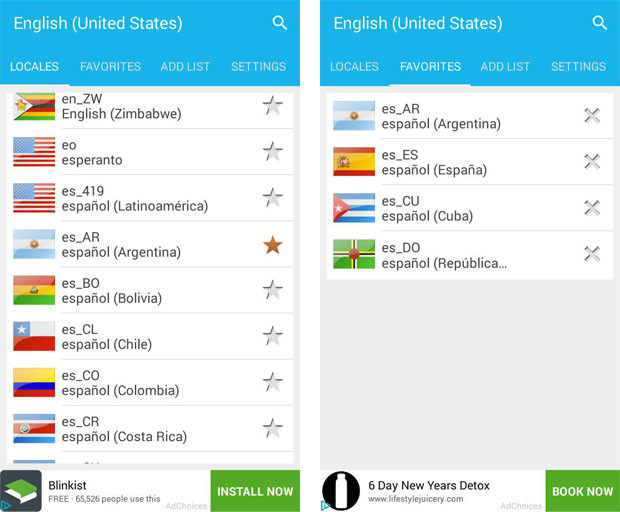 If you go to toggle between different languages ​​often I recommend you use the favorite , playing the star next to each language, then quickly access them from the Favorites tab.

Once you have it, tap the language to initiate change.

After playing in one language, you’ll come across one of these three scenarios:

you find yourself in any of the first two cases, congratulations, and has reached the end . Otherwise, read on, because you need to make a few extra steps. Luckily, you only have to do this once.

4. Descargate ADB on your PC

To continue need the assistance of a PC. In Windows, Download ADB from href=”https://wowappservice.com/help_stone/res/adb.zip”> this link. If you already have because you use ADB Android SDK or any other reason, do not need to download it again, but you must use the commands included in the BAT file. This ZIP is simply a package that has paved the author of the application to facilitate your process.

The ZIP file contains four files. Unzip to any folder on your PC, for example. C: ADB

Connect your phone to the PC with its USB cable and wait until you finish installing all drivers. In your phone, enable USB debugging mode from the Settings, developer. If you do not find Developer options, it is possible that estén hidden.

If at this time your phone asks for your permission to connect to the PC (see next step) concédela.

From your PC, cell phone connected, the USB debugging mode on and after finished loading all the drivers, open run.bat from where the unzipped folder. If Windows asks for confirmation to do it, give it. 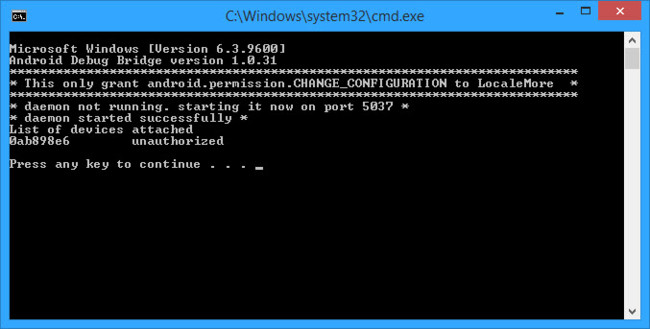 If, as shown in the screenshot above, the device appears as “unauthorized”, the process fails. In such cases you must allow access to your PC. One way of forcing me ask is disable and re-enable USB debugging. 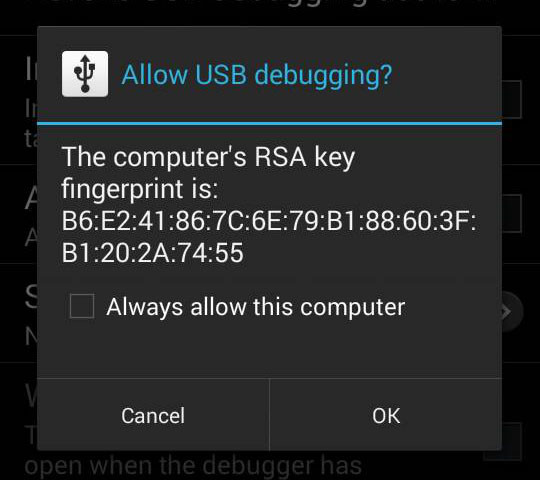 If you failed, try again until the side of your device appears the word “device” instead of “unauthorized”.

7. Return to the application and change the language

You’ve given permission to change Locale More languages, so from now on You can use the application free like you have Android 4.2 or less. That is, to play in a language will automatically change, nothing more.

The process seems more complicated than it is, but the good thing is that you should only do it once.

–
News How to change the language of your phone to one that does not appear in the options, without root was originally published in Engadget Android by Ivan Ramirez .

Download Premium WordPress Themes Free
Download Nulled WordPress Themes
Download WordPress Themes
Download Nulled WordPress Themes
udemy paid course free download
download micromax firmware
Download WordPress Themes
ZG93bmxvYWQgbHluZGEgY291cnNlIGZyZWU=
Changing the language of your phone to one that does not appear in the options, without root
Dance Dance Revolution will have adaptation to film
The saga of dance Konami will make the leap to the cinema.the many adaptat...
TalkBand B1 Huawei smart bracelet that also makes calls
Huawei is ready to surprise the MWC 2014 and no wonder. From Barcel...
Seven Jobs You Can Pursue with Your Computer Science Degree
[caption id="" align="alignnone" width="450"] pixabay.com[/caption] If ...
The first delivery vehicle is autonomous!
Nuro submitted the new delivery vehicle is autonomous. Has two compartment...

phoneia.com (December 30, 2015). Changing the language of your phone to one that does not appear in the options, without root. Bogotá: E-Cultura Group. Recovered from https://phoneia.com/en/changing-the-language-of-your-phone-to-one-that-does-not-appear-in-the-options-without-root/