Darwin Project comes out of early access and comes for free to PS4, PC and Xbox One

The mixture of survival with a battle royale of Scavengers Studio has had more than 3.6 million players on Steam Early Access and Xbox Game Preview.

Darwin Project, the The hunger games: the videogame of Scavengers Studio, comes out of early access this January 14 and publish free with micropayments cosmetics for the PC (Steam), PlayStation 4 and Xbox One. The developers have announced in a press release that this battle royale of survival has managed to 3.6 million players while in Steam Early Access (march 2018) and Xbox Game Preview (July of the same year).

Darwin Project was one of the titles presented at the conference of the E3 2017 Microsoft, and in that first gameplay because there were interesting ideas in a genre congested: while a group of ten players fight, they build tools and try to survive in a place that is cold; another player controls a robot that can help or annoy others, from cure to someone who is dying to launch a nuclear bomb on an area of the map.

Since then, this shooter in the third person has grown by adding multiple functions. That robot, called the Show Manager, can be integrated with Twitch, so that the viewers can say to the streamers to who to help or annoy. In addition, we have added two mechanical change considerably the course of the game: a jetpack that lets you fly through the stage, and a hook.

To all this we must add a new class system determined by the equipment that is chosen at the beginning of the game. Jet Wings gives the mentioned jetpack, while Grapple Gauntlet gives the player who chooses this class is a hand-machined that you can grab enemies from a distance. Finally, Headhunter Drone gives the survivor a robot that locates objectives.

The official release comes with new cosmetic gear that you buy, because, although the title was not going to be free to play at the beginning, the developers changed the business model in April 2018 and is offering rewards to those who pay the 14,99 euros that previously cost. A month after reached the one million players. 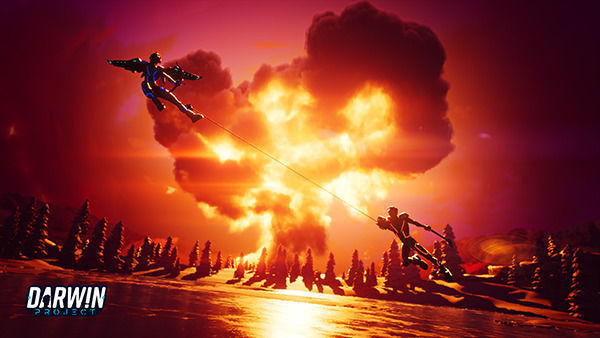 Darwin Project comes out of early access and comes for free to PS4, PC and Xbox One
Source: english
January 14, 2020