‘Maniac’ starts out as a sophisticated homage to Philip K. Dick, and promises comedy and paranoia 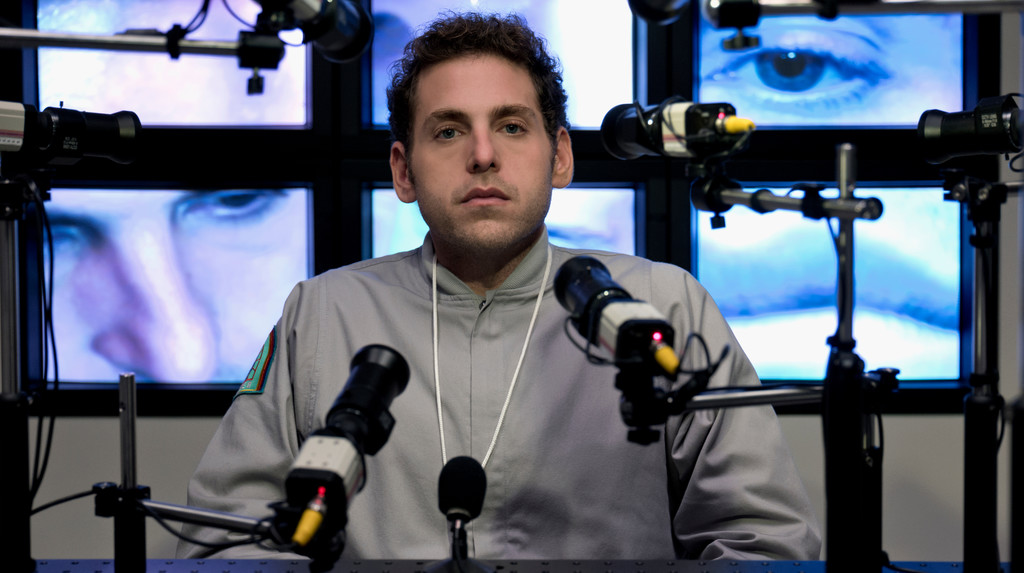 Stanley Milgram was a psychologist who in 1961 made it a popular test for measuring the willingness of participants to obey the orders of an authority, even when they may be in conflict with their personal conscience. Those were the times of the trials in which the genocidal nazi Adolf Eichmann was being tried for his war crimes, and the people wondered how it had been humanly possible.

The protagonist of Maniac is called Owen Milgrim in a possible nod, and obedience to authority is one of the main topics the boot ‘Maniac’.

The psychologist of Yale university is just one of the many winks that allows you to ‘Maniac’ to a few references that dictated the tone and the themes of this series Cary Joji Fukunaga from a screenplay by Patrick Somerville, a novelist that he participated in some episodes of ‘The Leftovers’. The rest of the references are not as obvious (there is something of ‘being John Malkovich’ and the perception of reality jugetona and unreliable Charlie Kaufman, and also elements of distopías defiler of Terry Gilliam as ‘Brazil’ or ‘Theorem, Zero’), but one shines above the rest: Philip K. Dick.

The start of the series, although we know that then picoteará in other characters, it focuses on Owen Milgrim (Jonah Hill), a young man who suffers outbreaks psychotic, and who believes (or not) to see his brother giving him instructions to become a hero. At the time, see Annie (Emma Stone) in all kinds of advertisements, and it will end up encontrándosela in an experiment that involves the ingestion of experimental drugs, even though she doesn’t seem to recognize it.

But perhaps will recognize, of course. By what we know of the future of the series (and not just look at the images that are going to multiply by internet), possibly Owen and Annie are, and desencuentren in alternate universes, a theme that in this first episode passes on tiptoe. The possibilities dickianas are on the table, thanks to the presence of the lab: it may be that these alternate universes (of which he speaks in the voice over of Justin Theroux in the intriguing documentary initial -also with a sense of humor very Dick-) are only in the head of Milgrim, or that has an outside intelligence to generate them.

All the movies and series that have been adapted Philip K. Dick, ordered from worst to best

The delicicias of futurism retro

All of these are obstacles in the path of Owen to become a hero. But if the series continues in this line, what you end up getting for the intervention beatific for Annie’s or for his discovery of the true reality, which may not include this family overflowing with guilt erotic badly taken and identical brothers among themselves. All, which adds a delicious production design that reminds to a sort of version retroamericanizada of a big city japan, you will pecking away at elements of the literary work of Philip K. Dick, “Flow my tears, said the police,’ ‘eye in the sky’, to ‘A scanner darkly’.

what Is so important that the influence of Dick, it seems that will remain (the two scientists, Sonoya Mizuno and Justin Theroux, suggest some injection of doubt paranoid and mazes institutional in the plot)? If he has understood well is interesting, because it is one of the authors who best has researched the intricacies of the mind and disconnection from reality, if that term has any meaning. It may be that we are mistaken only having seen the start of the series, but their influence can only be positive and hope that you will emphasize.

in this episode, excellently written and, above all, punctuated with performances of extraordinary, everything is in your site, and points to a number that can reach the category of a cult very quickly. The production design, studiously retrofuturista, what is fascinating in the character of Annie (of time is an enigma, we hope it will load with a background that is banal… even if the pulse is excellent in the case of Owen), everything points to a great satire of science-fiction (the idea of the friends-the ad is brilliant).

it Only remains to hope, that in a land so slippery as to inject the viewer into the subjectivity of someone incapable of taming the reality, the series will not be able to maintain the tone and the pace. Of time, the expectations are good: we will stay tuned to this mind-blowing journey to the depth of the mind (of Owen).

Trailer end of ‘Maniac’: the new series of Cary Fukunaga (True Detective) on Netflix promises to paranoia and confusion

First images from 'Maniac': Cary Fukunaga follows up the direction with this series to Netflix

–
The news ‘Maniac’ starts out as a sophisticated homage to Philip K. Dick, and promises comedy and paranoia was originally published in Espinof by John Tones .