Oliver Atom without legs: the tragic end of ‘Champions’ is in fact a fascinating myth 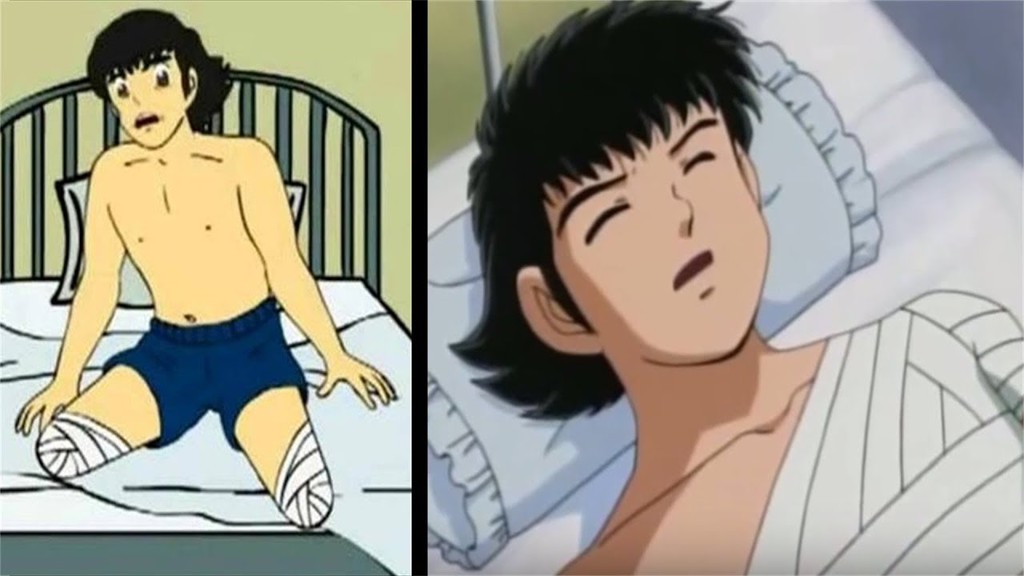 there are Not a few who believe that Oliver Atom’s got no legs at the end of ‘Champions to the world cup’, the fourth series adaptation of the manga of Yōichi Takahashi, in an episode that supposedly aired only once, and that raised a huge controversy. Amazing, really, how dare something like this in a series of child? It is impossible not to feel drawn to wanting to believe in it, but the problem is that is a lie.

The myth was that Oliver woke up at the end of the last episode of ‘Champions’ to the world’ without legs in a hospital bed, giving to understand that his entire career as a footballer had been a dream, since an accident a child had left him in that state. A turn insane that went even further than the ‘Los Serrano’ and gave rise to several montages on video that is trying to be the most convincing to support it. Here you have one:

How it was forged

It is easy to believe that there are people who are so shocked to see this so take it for true, and is that it is too shocking not to do so. The problem is that the video itself invites us to think in a little less than a conspiracy to oeuvre a goal to us. Its origin is in Latin America, spreading like wildfire through other Spanish-speaking countries, and is supported in a scene of Oliver in the hospital whose origin we are going to see next:

In the minute 2, and 40 seconds episode 16 of ‘Champions’ to the world’ you can see Oliver lying on the bed of a hospital for an injury that affects his shoulder. To that they added the claim of a mounting of the character without legs and reviews crazy without any foundation about the alleged controversy when it issued a one-time -is less credible that it has been followed by issuing normally and what you want to sell as a finding – and already you have an urban legend ready to serve.

The real end of ‘Champions’

it All sounded so striking, that the theory soon spread as the true end of the series, especially in Spanish-speaking countries. What we also took some time to reach were memes making a mockery of this gigantic folly. That did not stop many of us continue to be good, and that is that it sounds so good… let’s Check what was actually happening in episode 52 of ‘Champions’ to the world’, the last of the series:

at The end of ‘Champions’ to the world’ we see the japanese team about to face the combined brazilian, a dream come true for Oliver, who was playing in Spain in a computer equivalent to what today would be Barcelona, while Mark Lenders was in Italy and Benji Price in Germany. Yes, the epilogue focuses on the clash against Brazil, the result of which never met and who was not part of the manga.

in Addition, the author of the manga gave the lie to in an interview The Trade the myth that Oliver is left without legs. This was what you commented in this regard:

I found out that legend a little while ago. But those scenes that are viralizaron are not real, they are just jokes that are part of a myth. It was not my story.

it Is therefore confirmed that Oliver Atom never lost the legs. It is true that Takahashi had already played with unexpected elements such as the heart of Julian Ross -all fans remember that episode that ended with his beats…-, but this was going too far, especially as a possible end for the series. And I say possible because at the present still is published ‘Captain Tsubasa: Rising Sun’, with Oliver having as a goal the part of the olympic team of Japan.

A couple of guys ready: smartphones and smart TVs, the revolution in entertainment technology hand-in-hand

–
The news Oliver Atom without legs: the tragic end of ‘Champions’ is in fact a fascinating myth was originally published in Espinof by Mikel Zorrilla .

Oliver Atom without legs: the tragic end of ‘Champions’ is in fact a fascinating myth
Source: english
September 16, 2018